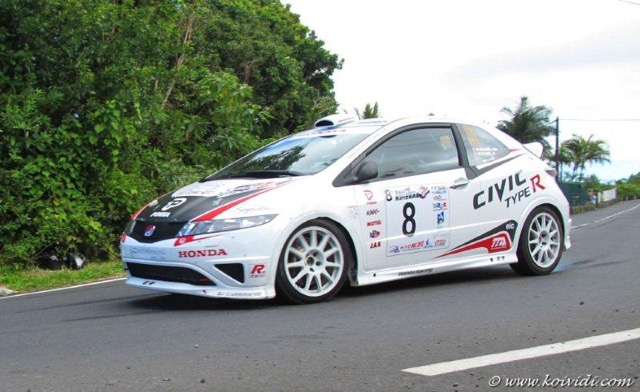 After their victory in the category and 7th place overall in the Rallye de Bourbon, the 5th round of the La Réunion Rally Championship, Mamisoa and Muriel Rajoël are 3rd overall in the provisional championship ranking.

Despite mechanical failure before the start, the Rajoël pair climbed back to the front and proved again the potential of the Sogecore-Honda Civic Type R.

“It was hugely satisfying and we couldn’t have done it without the technical help from Marc “ELR” Vandegen, “ said Mamisoa Rajoël. “We were very happy with this result. The first goal still is to win the category and keep scoring enough points in the last round, the Rallye National on 7 and 8 December. The target is to finish in the Top 3 of the Championship.”