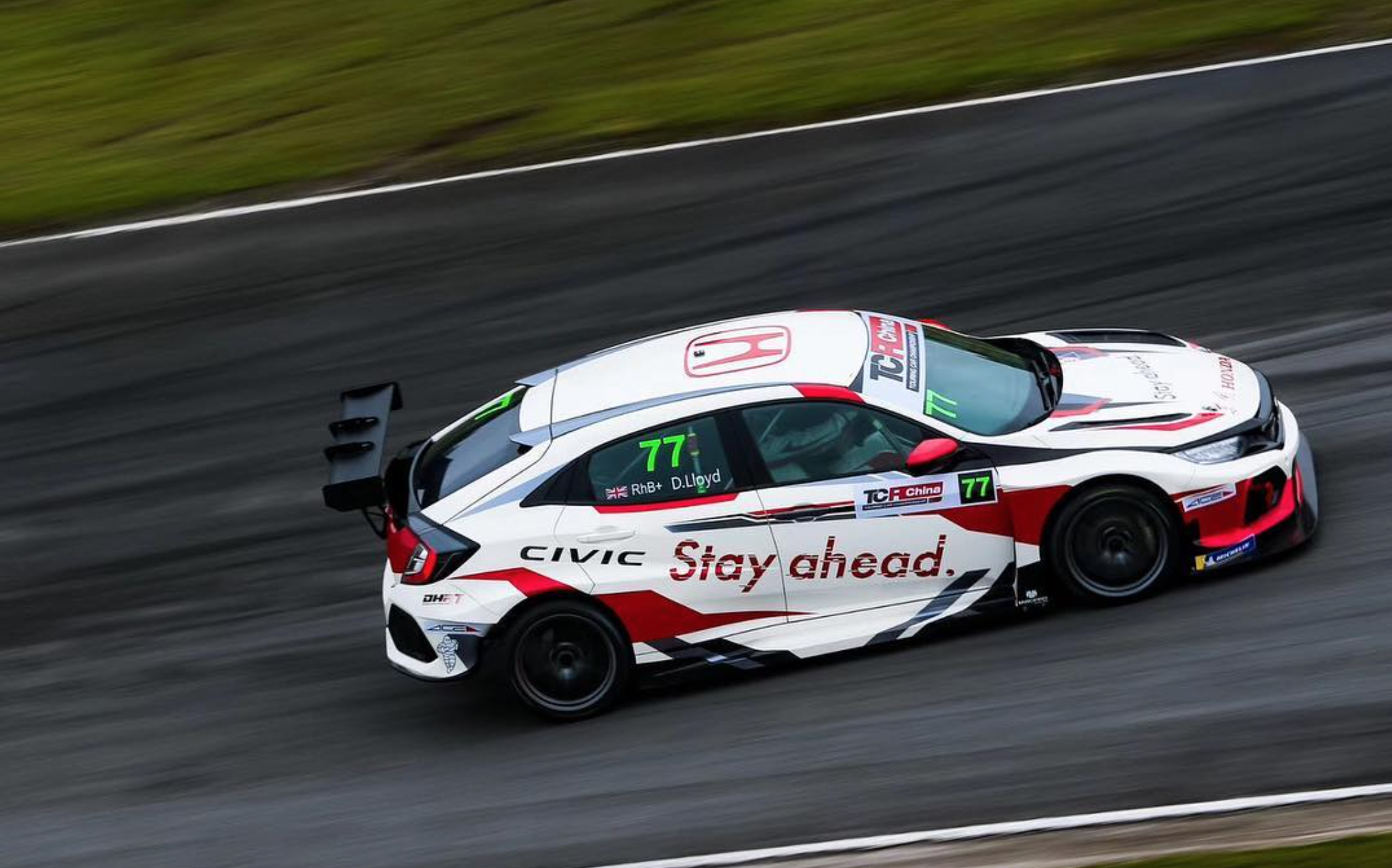 Daniel Lloyd kicked off his TCR China career with a debut victory from pole position on a challenging weekend at Zhuhai.

Driving for the Dongfeng Honda Racing Team, which is run by reigning champions MacPro Racing Team, the British driver dominated the local field in the opener and finished third overall in the race, which was run within the latest TCR Asia round.

He took just two laps to assume the lead in Race Two after starting further down the partially-reversed grid in his JAS Motorsport-built car, but dropped to the back when he went through the gravel at the hairpin as rain began to fall, and recovered to second by the flag.

Team-mate Martin Xie had been third in Race One, but was one of three other cars to go off at the same time as Lloyd in Race Two and retired after bogging down in the gravel.

Lloyd leads the Drivers' Championship with DHRT on top in the Teams' standings.

Mattias Andersson kicked off the renamed TCR Scandinavia series with a podium after an inspired mid-race switch from slick tyres to wets at Knutstorp allowed him to charge to third place from the back of the field in Race Two.

He had earlier rocketed from seventh on the grid to second place at the start of Race One, only for his Honda Racing Sweden car - run by his own MA:GP organisation - to be spun to the tail of the field by a rival. He finished seventh.

Blackstock led during his stint, but suffered a slow stop at the mid-race driver changes, which came as ran began to fall. O'Gorman fell to seventh in the wet conditions, but recovered into the top five.

One place behind was Ryan Eversley, whose co-driver Chad Gilsinger had taken the Civic Type R TCR's first pole position in the series earlier in the day, but who ran off the circuit while lying third in the rain, pitted to have grass removed from his car, and fought back.

Mat Pombo, in the second LAP Motorsports-run LA Honda World car, was the fastest driver in the wet, but spun out of second place with 25 minutes remaining as he mounted a challenge for the lead in the car he shared with Mike Lamarra.

Team-mates Colin Mullan/Max Faulkner finished 11th after they were given a three-minute stop/go penalty for a violation of the series' safety-car wave-by rules while Atlanta Speedwerks' Brian Henderson and Todd Lamb were eighth; Henderson leading the early stages but gambling on wet tyres at the pitstop; a decision that proved the wrong one.

Honda retained the lead of the Manufacturers' standings while LA Honda World continue to head the Teams' points.

Mads Fischer, JAS Motorsport TCR Project Leader, said: "It's been another strong weekend for our customer teams and I'm particularly pleased to see Dan Lloyd start his TCR China adventure with a win, and to see that the FK2 Civic remains competitive in Mattias Andersson's hands in Sweden. I'm also delighted for the team at HART to get their first pole position in IMSA competition with the car at their home race, so a huge congratulations to Chad Gilsinger for that achievement. It looked a very tough race with the changing conditions, but the pace of the car from all three Honda teams was good in wet or dry and they'll all bounce back." 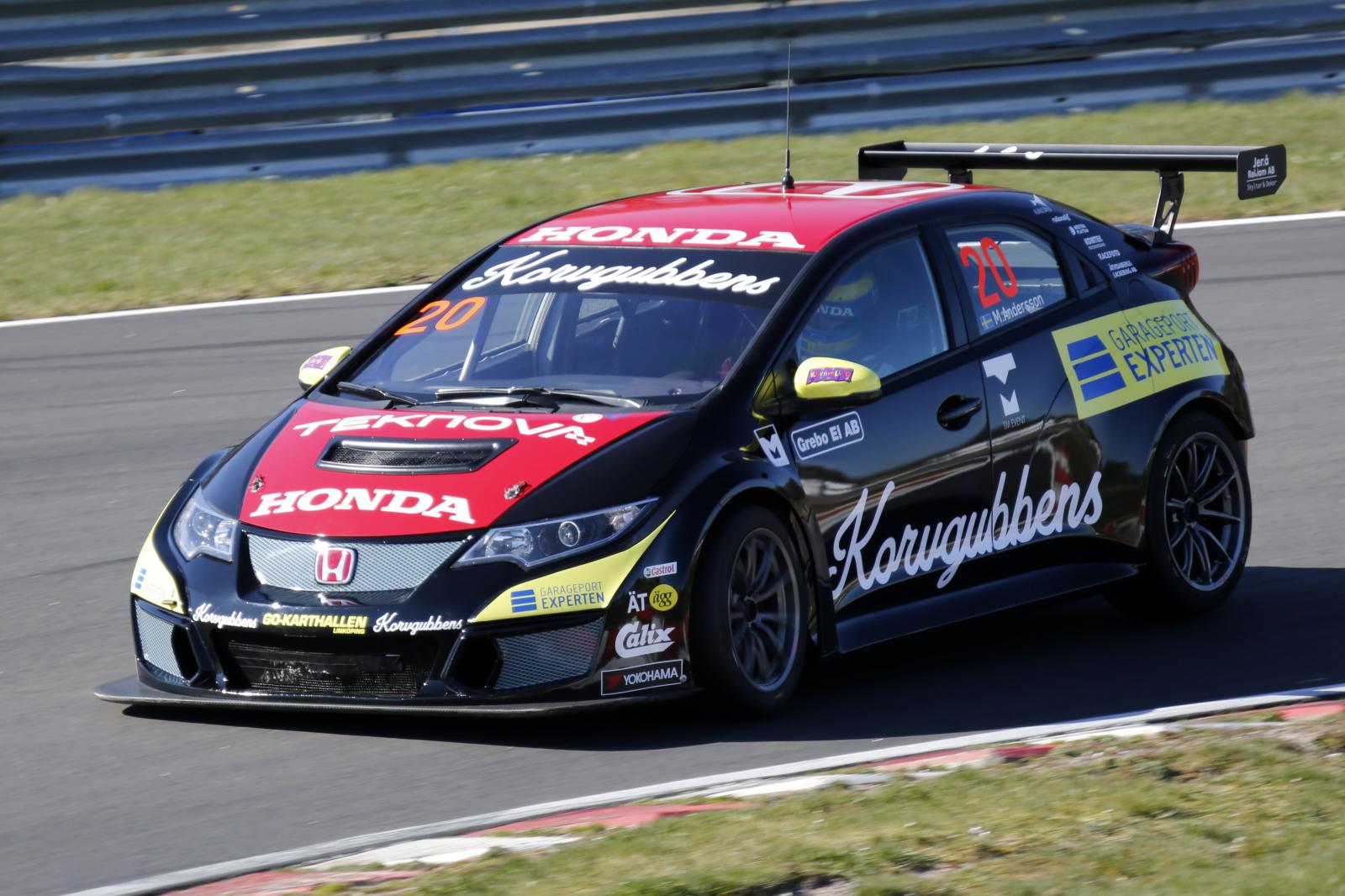