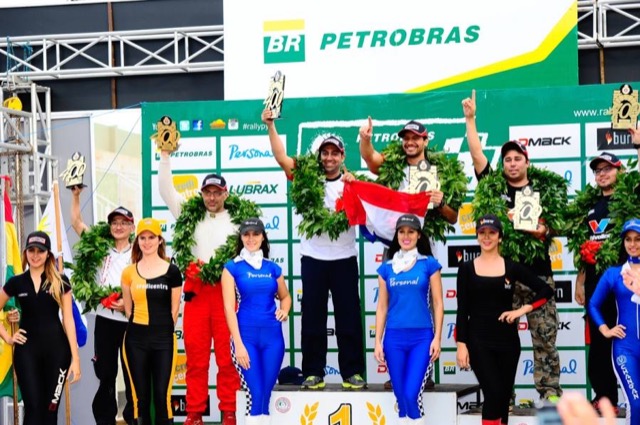 Wins Class 5 in the Codasur Division

Last Sunday, a JAS-built Honda Civic took a new class win after round 3 of the South American Rally Championship and 4 of the Paraguayan series. The 28th edition of the classic Rally Trans-Itapúa based in Encarnación, east of Paraguay just the other side of the river in the border with Argentina, proved to be a popular choice among entrants. 78 crews were included in the entry list.

Thursday night was time for the starting ramp for an event of 11 special stages which are traditionally fast and rough (finishers were a mere 29). Two of the stages were held on the Friday, five during Saturday and the remaining four on the last day, with a total of 412,11 kilometers and quite a fair distribution: 218,71 kms. for road sections and 193,40 kms. for the real action.

Local driver Luis Maldonado (h) was 11th overall and scored another victory in the JAS Motorsport prepared Civic in the national RC3 national class, which meant he also won the Class 5 Codasur division.

In the Paraguayan scene, Maldonado and Jorge González beat Jaime Ortíz in another Civic after 2h14m44.2s, leaving Martín Portillo (Honda) in third and Jorge Cresta in fourth with the best non-Civic (Toyota Runx).

Gustavo Saba (PY) drove his Skoda Fabia S2000 to overall honours (1h55m46.2s). Rally de la Cordillera (7th-9th August) will be the next round of the national championship there, while the South American series resumes in Santa Cruz de la Sierra (Bolivia, 28th-30th August).