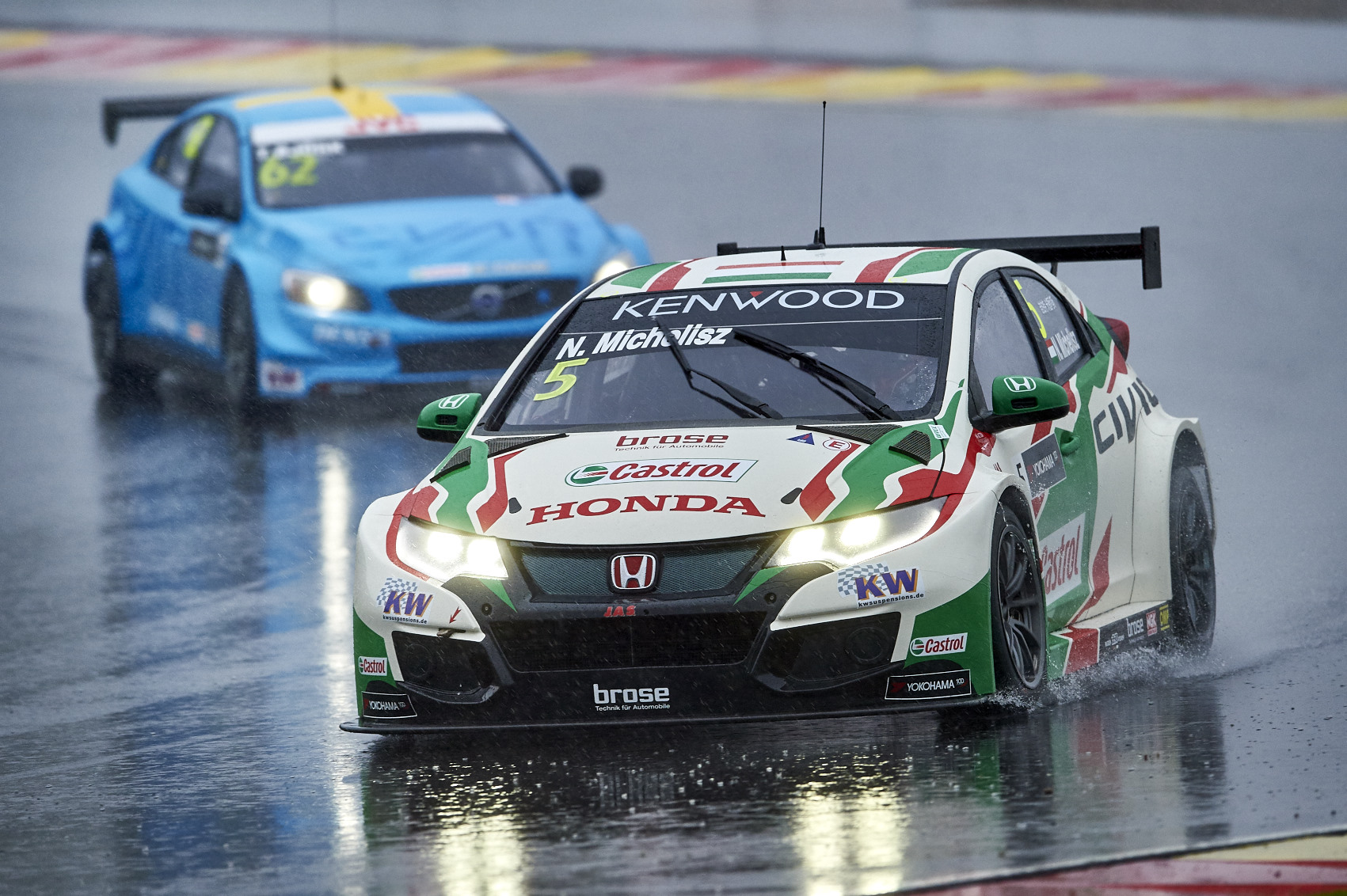 Norbert Michelisz moved into contention for the FIA World Touring Car Championship with a fifth podium finish of the year in torrential rain at Ningbo International Speedpark in China.

The Hungarian came home second in a shortened Main Race to add to an earlier fourth-placed finish; results that moved him to within two points of the Drivers' Championship lead and maintained Honda's advantage at the head of the Manufacturers' title race.

With team-mate Tiago Monteiro, who missed the event through injury - just half a point away from the top spot in the title race, the JAS Motorsport-run Castrol Honda World Touring Car Team left the brand-new circuit with two drivers in the thick of the championship battle.

Hungarian racer Michelisz started the wet Opening Race from ninth spot on the reversed grid, but climbed to fourth place by the chequered flag; aided by team-mate Gabriele Tarquini, who substituted for Monteiro.

With the Main Race starting behind the Safety Car, and then being abandoned after two laps, Michelisz claimed the runner-up spot in the event, for which half-points were awarded due to its earlier-than-planned finish.

Tarquini, having allowed Michelisz to pass him in the Opening Race, held off those behind him to claim fifth and then added fourth spot in the Main Race.

Ryo Michigami's day began badly as he was forced to start from the back of the grid due to an engine-change penalty – a legacy of his qualifying issues. But the Japanese driver kept his concentration superbly in the treacherous conditions to climb to a career-best ninth spot.

There was also good news for Zengo Motorsport, who field a pair of customer JAS Hondas. Young Hungarian Daniel Nagy secured his best career WTCC finish in eighth place in the Opening Race while team-mate Zsolt David Szabo was credited with the fastest lap in the Main Race on only his second weekend in the series.

The WTCC continues with a very important event for JAS and Honda, the Race of Japan, at Motegi in two weeks' time.

Norbert Michelisz, Castrol Honda World Touring Car Team, said: “I came here 29 points away from the championship lead and I’m leaving just two behind, so from that point of view, it’s been a successful weekend. What’s been not so good is knowing that Tiago is at home and not able to race, and I think everybody’s missed him. It’s been great having Gabriele around though and he was able to help me in Race One, which is exactly what we needed as a team. The conditions today were very tough, but not impossible, and the car worked very well.”

Alessandro Mariani, Team Principal, said: “Our aim for this weekend was to keep Tiago in the hunt for the Drivers’ Championship and put Norbi up there too and we have achieved this. I have to say a huge thank you to Gabriele for standing in for Tiago and doing a fantastic job, despite having not driven our car for nearly two years. Norbi did exactly what he needed to and Ryo had his best race day of the year. As a team we did a very good job of managing a tough weekend and that’s something everybody can be proud of.” 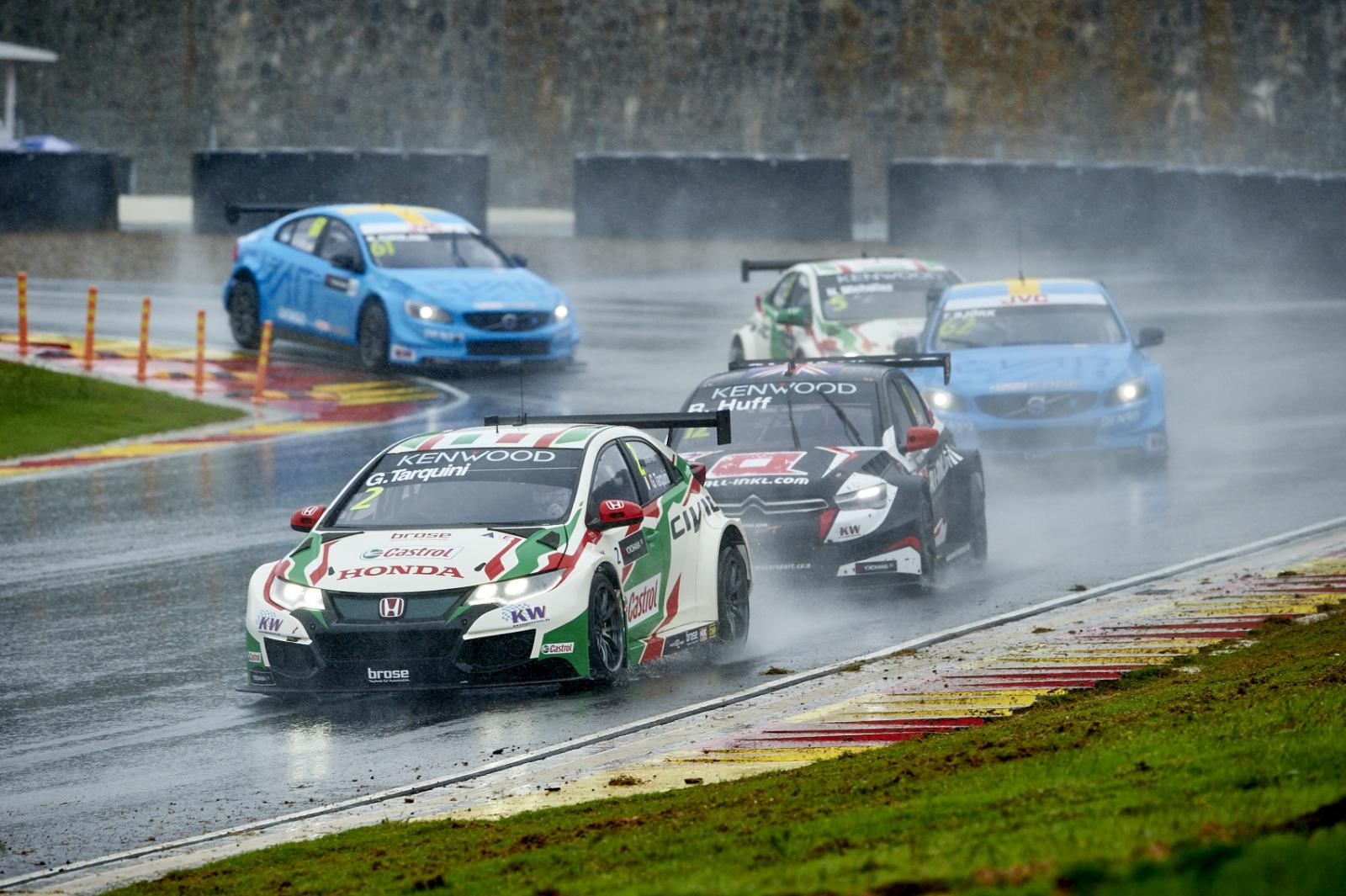