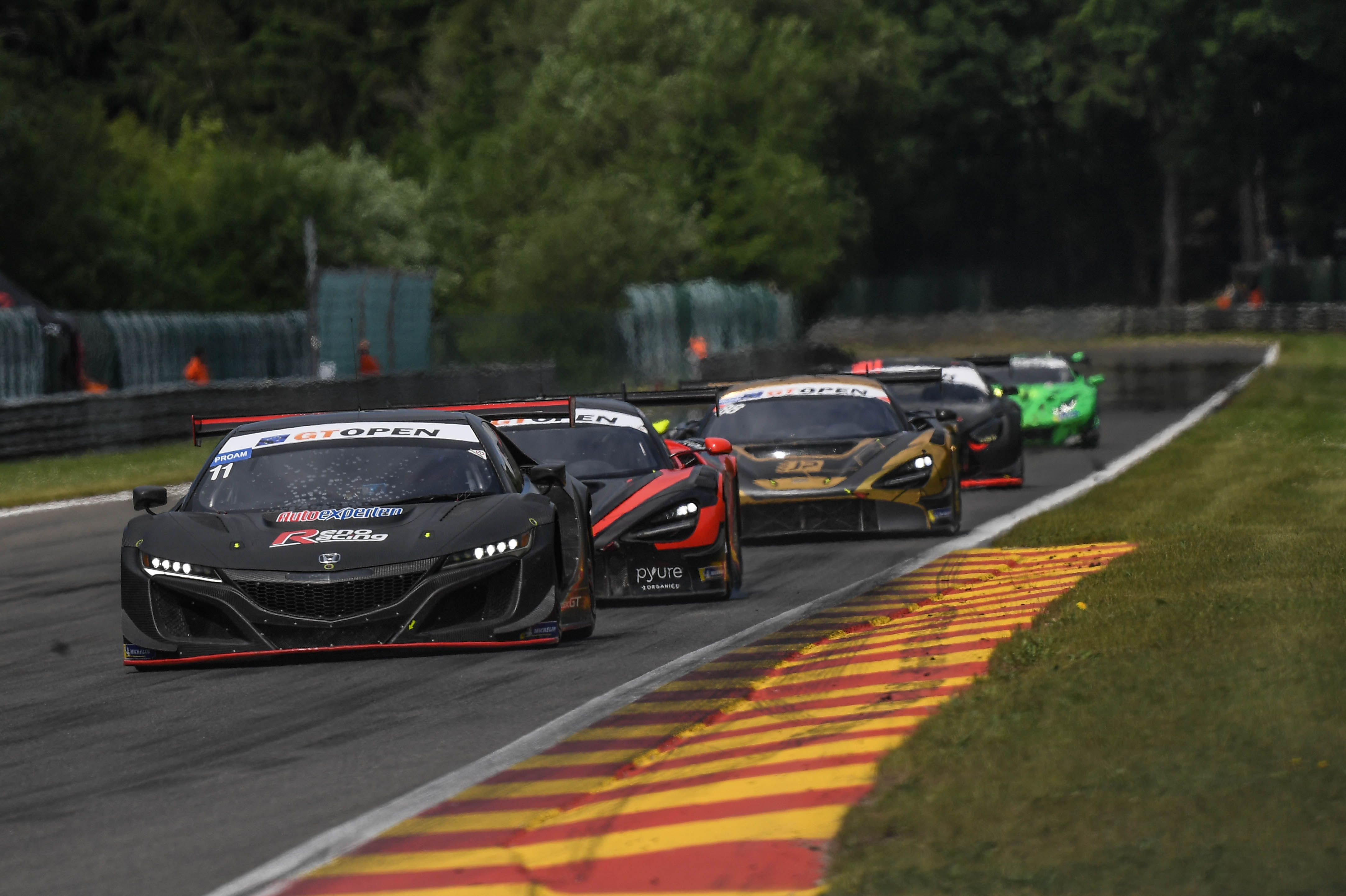 Reno Racing duo Jens Moller and Marcus Paverud continued their quest for the International GT Open pro-am title with a first podium finish of the year at Spa-Francorchamps.

The Danish team, who began their season last month at Paul Ricard, overcame a challenging set of circumstances at the iconic Belgian venue to score the best finish of the year with the JAS Motorsport-built NSX GT3 Evo.

They settled on a strategy of starting the opening race with pro driver Paverud, who would hand driving duties on to Moller - the am in the pairing - later on.

Paverud qualified a superb third in class, but was denied the chance to turn that pace into something meaningful when all but two laps of his nearly 40-minute stint was spent behind the safety car owing to two early incidents.

Moller ran strongly himself after taking over for the final half-hour, taking fourth in class.

Things go even better on Sunday; Moller qualifying third in class and he and Paverud then keeping their noses clean to finish on the podium.