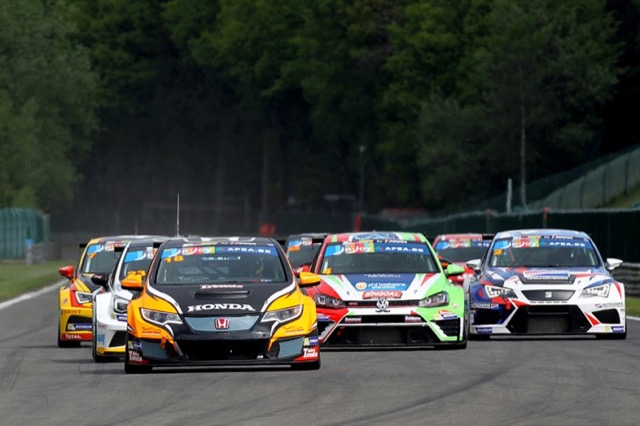 Robert Colciago continued his winning ways in Italy over the weekend, jumping into the lead of the race at Mugello in his JAS-prepared Civic TCR. The AGS driver was unchallenged after making a good start from the grid and recorded another clean victory. Robert maintains a 40 point championship lead as the TCR Italy series takes a break until September 4 at Vallelunga.

Meanwhile, Norbert Michelisz won the first of four races at Zandvoort in the TCR Benelux Championship. Like Colciago in Italy, he was able to make a quick start from fourth on the grid in his JAS-prepared Civic, run by Boutsen Ginion Racing. He was also able to secure a third place podium in the second race, behind the similar car of Benjamin Lessennes. Indeed, Michelisz was in the lead of that race before being hit by another competitor in an aggressive move.

Stephane Lemeret now leads the TCR Benelux championship in his JAS-prepared Civic by a clear margin heading into the next round of the series at Zolder in mid-August.