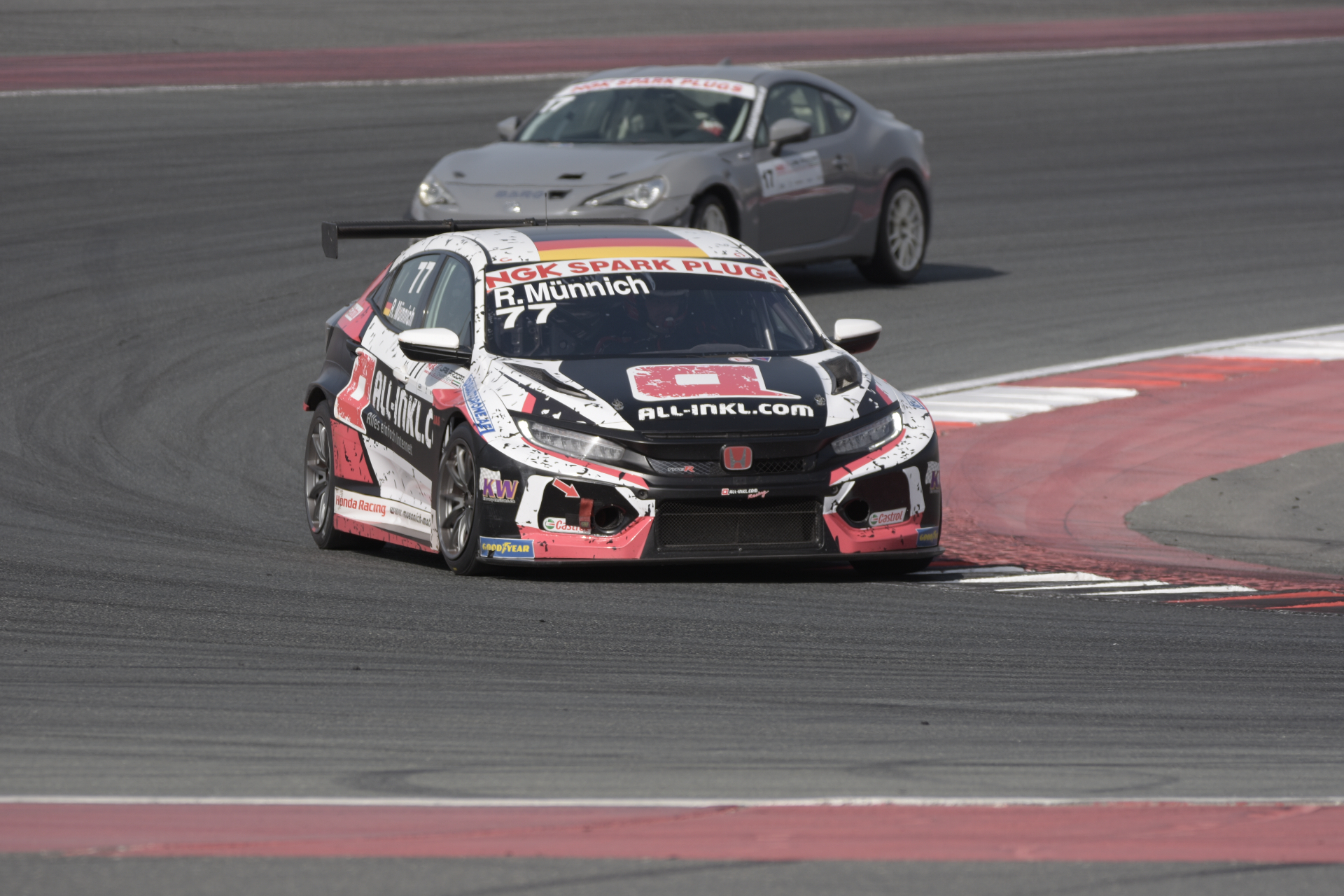 The Honda Civic Type R TCR scored its first victories of 2022 thanks to a pair of dominant performances by Rene Munnich in the latest round of the UAE Procar Championship.

A total of four of the JAS Motorsport-built cars were in action over the weekend as the IMSA Michelin Pilot Challenge kicked off the North American season at the legendary Daytona International Speedway.

Dubai Autodrome was the host venue as the UAE series - which began last November - continued, and Munnich Motorsport picked up where they left off with its owner-driver Rene Munnich taking pole position in Class 1 and nearly matching much quicker GT cars.

He dominated both of Saturday's races; leading each from lights to flag and setting the fastest lap on each occasion. In doing so, his team leapt to the top of the Civic Type R TCR all-time winners' list with 29 victories.

There was heartache for both the LA Honda World and HART squads as the new season kicked off with a four-hour race at Daytona in support of the 24-hour race.

Having started 10th, HART's Cameron Lawrence was one of the stars of the race as he moved through the field to take the lead on the one-hour mark in the car he shared with Steve Eich and Chad Gilsinger.

Sadly, a right-front driveshaft issue forced Lawrence into the pits after 90 minutes and ultimately caused the car's retirement.

The efforts of Mike LaMarra and Ryan Eversley propelled the LA Honda World Civic through the field from 15th on the grid; Eversley joining a four-way fight for the lead with 90 minutes remaining.

Agonisingly, an electrical issue caused his car to halt at the pit exit just after his final pitstop - which he had taken from the lead, and led to its retirement.

The third Civic, that of VGRT, had been the fastest example of the car in practice, and ran competitively in the top 10 during the first hour in Victor Gonzalez Jr's hands. A power-steering issue eliminated him and co-driver Ruben Iglesias an hour later. 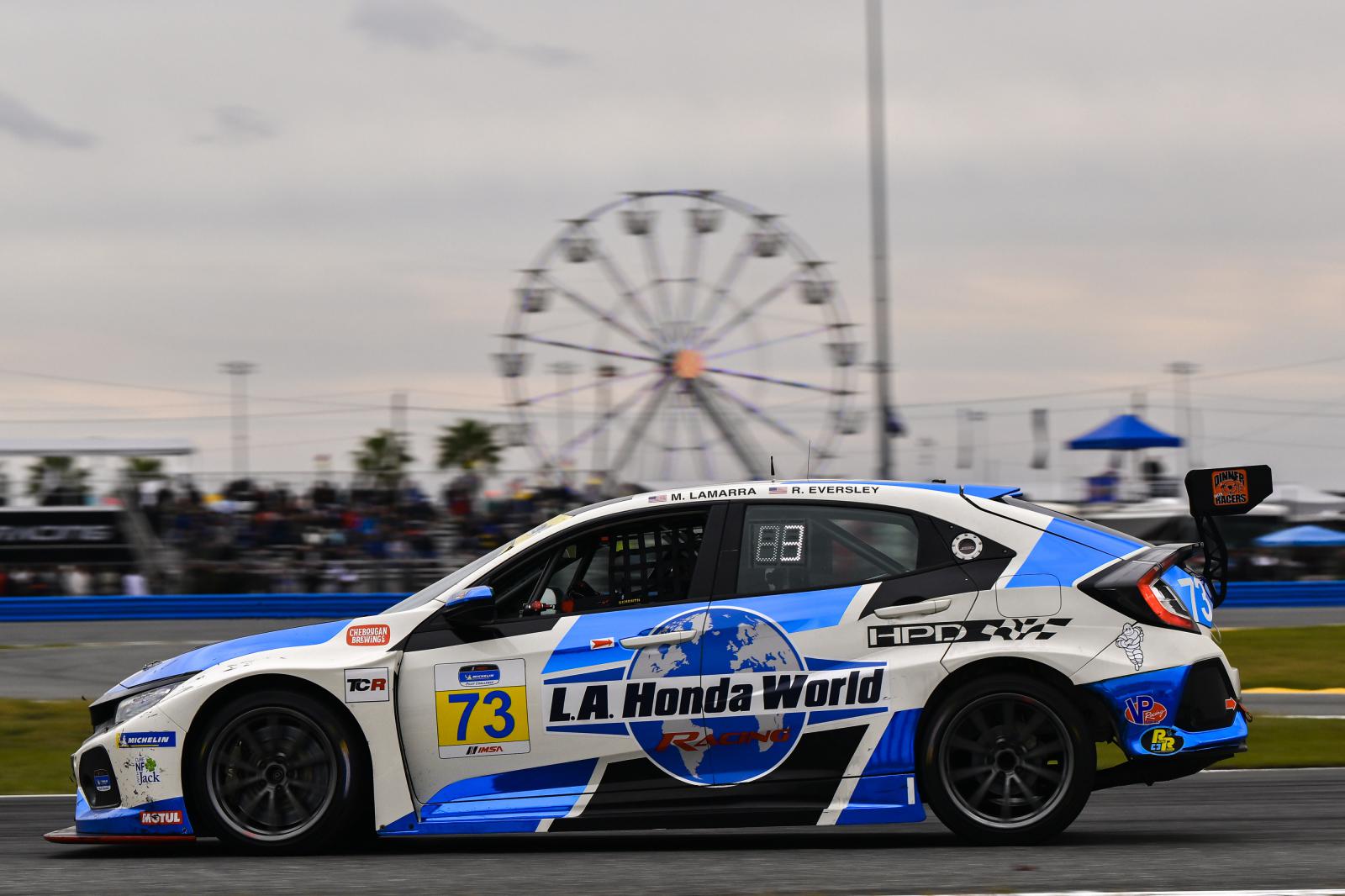