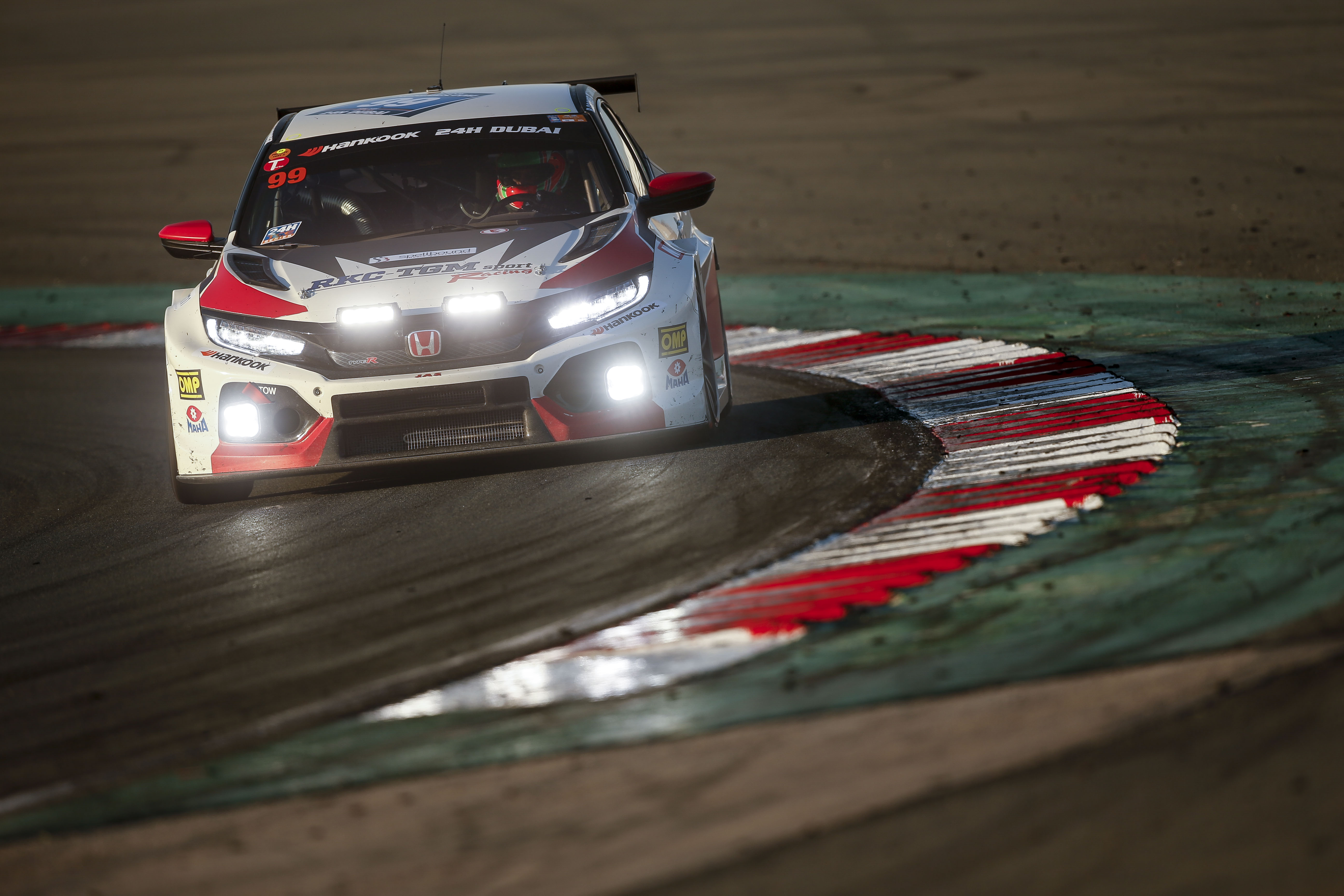 The brand-new Honda Civic Type R TCR showed strong speed on its global race debut at the opening round of the 24H Series, the Dubai 24 Hours this weekend (January 12-13).

The JAS Motorsport-built car, which is eligible for TCR competition around the world, including the newly-established FIA World Touring Car Cup (WTCR), did not finish, but still set the fifth-best lap of the category to prove it will be a major contender in 2018.

Easing their way into proceedings, the British RKC/TGM Team, supported by four experts from JAS Motorsport, qualified 12th in the hotly-contested TCR category at the Dubai Autodrome.

Starting driver David Drinkwater then made superb progress during the opening stages, climbing as high as sixth place early in the second hour, although a sticking wheel nut and a long pitstop to address overheating issues meant 50 minutes were lost by the half-distance mark.

Sterling work from Drinkwater and his co-drivers Umair Khan, Ricky Coomber and Tom Gannon again showcased the speed of the Civic, which had been hampered by a 40kg weight penalty and was running at 95% power under Balance of Performance (BoP) ahead of the race.

However, with the track surface of the Dubai Autodrome becoming increasingly debris-laden as the race wore on, and with the drivers of the Civic having to go off-track to avoid spinning rivals on several occasions, a mixture of stones and rubber gradually blocked the radiator.

Resultant overheating issues forced the car into the pits in the 14th hour, but despite the valiant efforts of the team to effect repairs, the tough decision was taken to retire with six hours to go.

The new Civic Type R TCR replaces the model that won 13 major titles in 2017 and is eligible for standalone TCR series and endurance championships with TCR categories around the world.

Mads Fischer, JAS Motorsport TCR Project Leader, said: "We planned to use Dubai as a test with no targets in mind other than to see how the car performs in a real-world race situation. The experiment has been extremely useful. The big positive is that car's speed is exactly where we hoped it would be, despite the late BoP adjustment that made the Civic heavier and less powerful. We've gathered more data in one weekend than we would do in a season of sprint racing and have been able to identify areas in which we can improve the car instantly for our customers. While we would loved to have finished the race, we're more convinced than ever before of the strength of the car and we must thank RKC/TGM for giving the new Civic Type R TCR its debut and for their determination, spirit and professionalism." 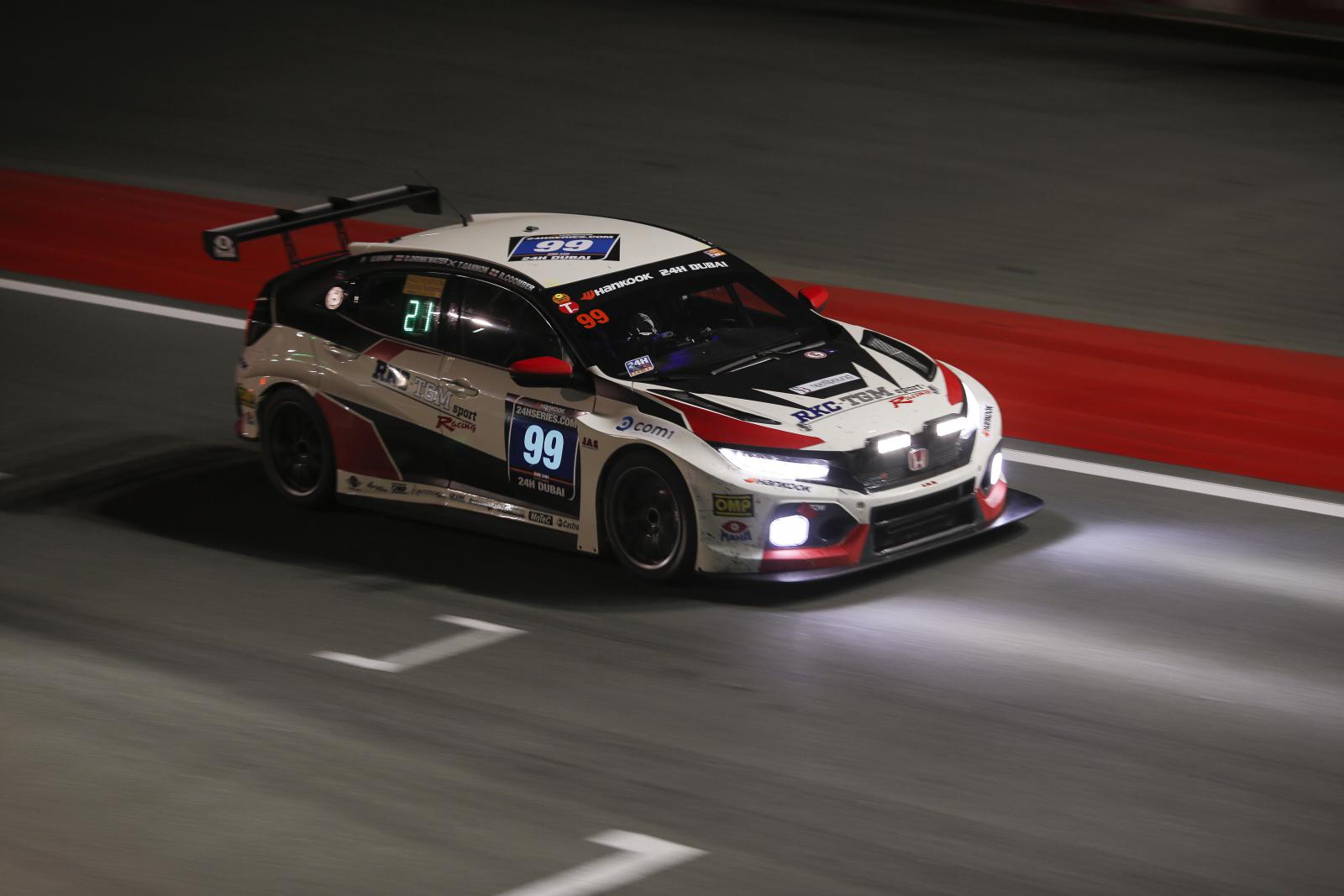