Kyffin Simpson and Till Bechtolsheimer combined in the latest evolution of the 16-time championship-winning NSX GT3 in the 100-minute qualifying race that set the grid for this weekend's 24-hour race that opens the IMSA WeatherTech Sports Car Championship.

An incident for Simpson on Daytona's banking on Saturday morning damaged the rear of the car significantly, causing the team to miss the qualifying session in the afternoon.

But with incredible teamwork, the NSX was ready for Sunday's warm-up and to take the green flag from the back of the grid; Daytona rookies Simpson and Bechtolsheimer the two chosen drivers to boost their circuit experience.

Starting driver Simpson climbed as high as 14th during his stint, which ended just before the half-distance mark. Bechtolsheimer's mistake-free run ensured a 16th-place finish.

Bechtolsheimer and Simpson will share the car with two-time IMSA GTD champion Mario Farnbacher and Gradient team regular Marc Miller in the Daytona 24 Hours this weekend.

With both LA Honda World Racing and HART not attending the test, VGRT were the only team present running JAS-built Honda Civic Type R TCRs.

Victor Gonzalez Jr and Ruben Iglesias set the pace in the TCR class in the opening session for the team formerly known as VGMC Racing. The duo finished the event with the fourth-fastest time. 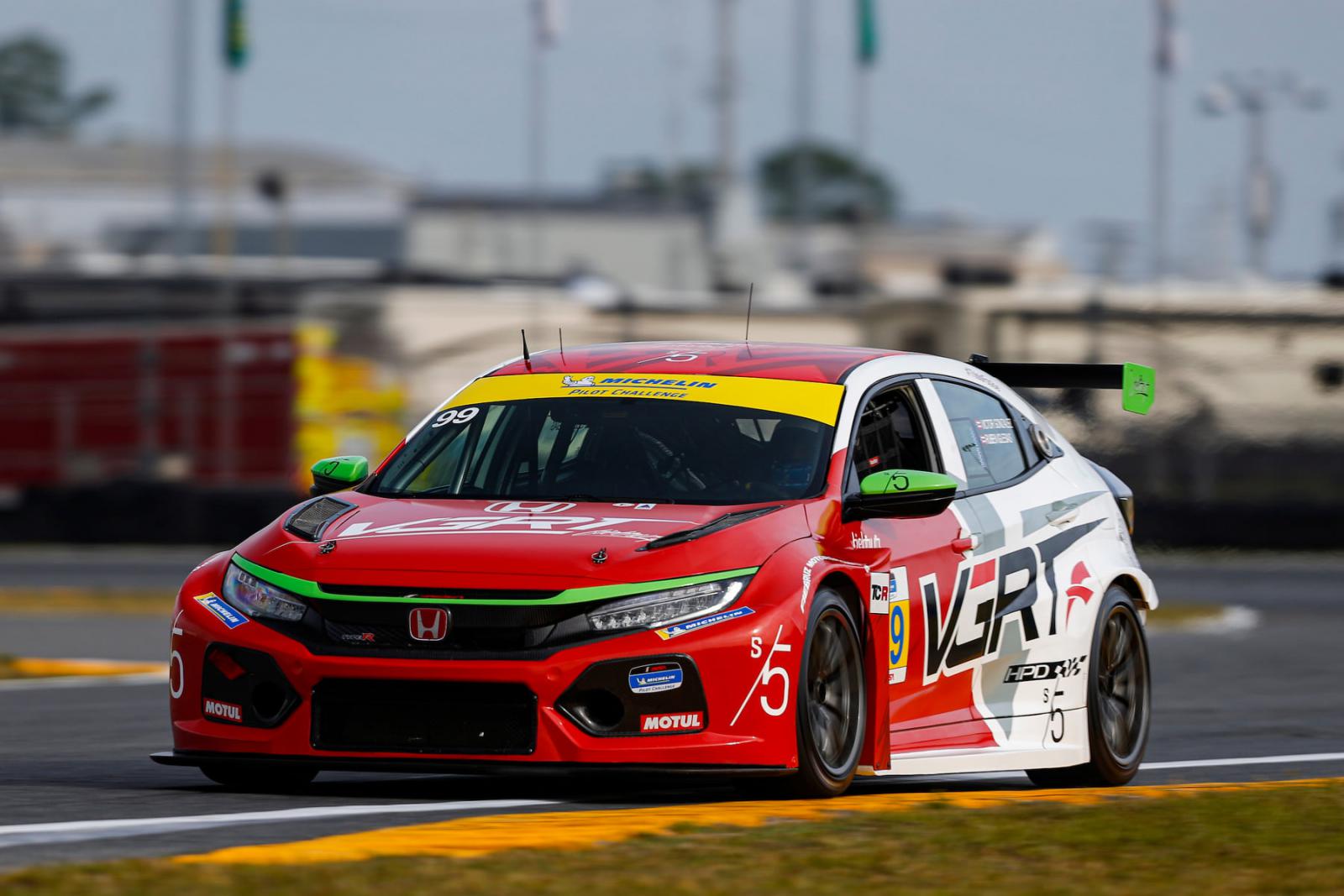