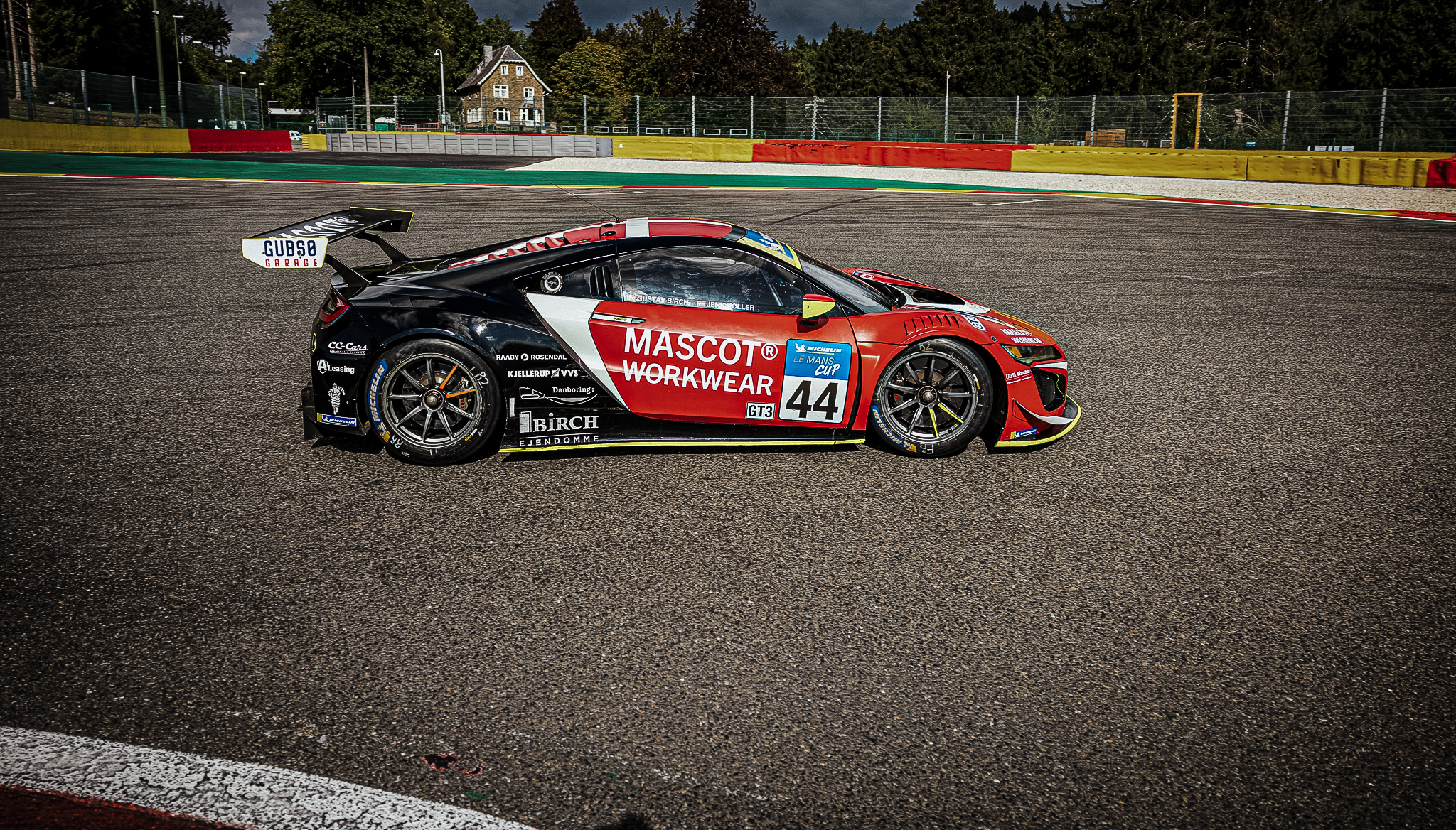 The NSX GT3 Evo 22 scored a sensational one-two-three finish thanks to a dominant performance in the Le Mans Cup last weekend by GMB Motorsport.

A further victory in the GT World Challenge America by Racers Edge Motorsports leaves the JAS Motorsport-built racecar in contention for yet another major title.

An ultra-challenging race at Spa-Francorchamps proved no barrier to Danish squad GMB Motorsport, who swept all before them at the Belgian circuit.

Jens Moller qualified on GT3 pole position and led throughout the opening stint of a wet race, which was punctuated by several safety-car periods after heavy rain began to fall shortly before the start.

Further caution periods during the second half of the race left co-driver Gustav Birch fighting a rearguard defence from the two sister NSXs and additional entries.

Birch reached the chequered flag just ahead of team debutant Jan Magnussen, who was sharing with Lars Pedersen, and Kasper H Jensen/Kristian Poulsen, who completed the podium.

Jensen and Poulsen continue to lead the Drivers' Championship, which is now guaranteed to be won by a GMB driver. The Teams' title is also secure, though the destiny of which of GMB's entries takes this will be decided at the Portimao finale in three weeks' time.

Racers Edge Motorsport made it three Pro-Am wins in a row as Ashton Harrison and Mario Farnbacher triumphed in the first of two 90-minute races at Sebring.

Starting fourth in class, Harrison took just 11 minutes to hit the front; doing so with a fantastic restart after an early safety-car period. She reached the mid-race pitstops with less than a second covering the top three cars and handed over to Farnbacher.

The German then fought off determined advances from behind to win for the fourth time in 2022, but a pinched brake line prevented him from starting Race Two at the same time as the pack.

He and Harrison began their race more than a lap behind the field as a result and finished ninth. They are now third in the points but retain a chance of the title at the Indy 8 Hour season finale in October.

RealTime Racing's Erin Vogel was eliminated at the start of Race One when she was tagged from behind as the lights went out and turned straight into the wall. The level of damage caused meant she and Michael Cooper did not start on Sunday.

Comet Racing secured the runner-up spot in the Japan Cup Am Championship thanks to a podium finish at Okayama.

Yorikatsu Tsujiko and Yusuke Yamasaki turned fourth place on the Am grid into second in Saturday's opening race aboard their NSX to leave themselves just two points away from the lead of the Cup, which is contested across the four Japanese rounds of the series.

Fourth in the final race of the weekend, behind their chief rivals, was enough to solidify second in the standings.

A week after sealing the first title for the NSX GT3 Evo 22 in the Italian GT Championship, Nova Race made their first GT Open appearance of 2022 at Monza.

Chinese racers Lu Weizhi and Yao Liangbo competed in the Am category at the Temple of Speed and sealed sixth spot in class in dry conditions on Sunday. Their Saturday race - held in heavy rain - was ended when Yao spun into the gravel. 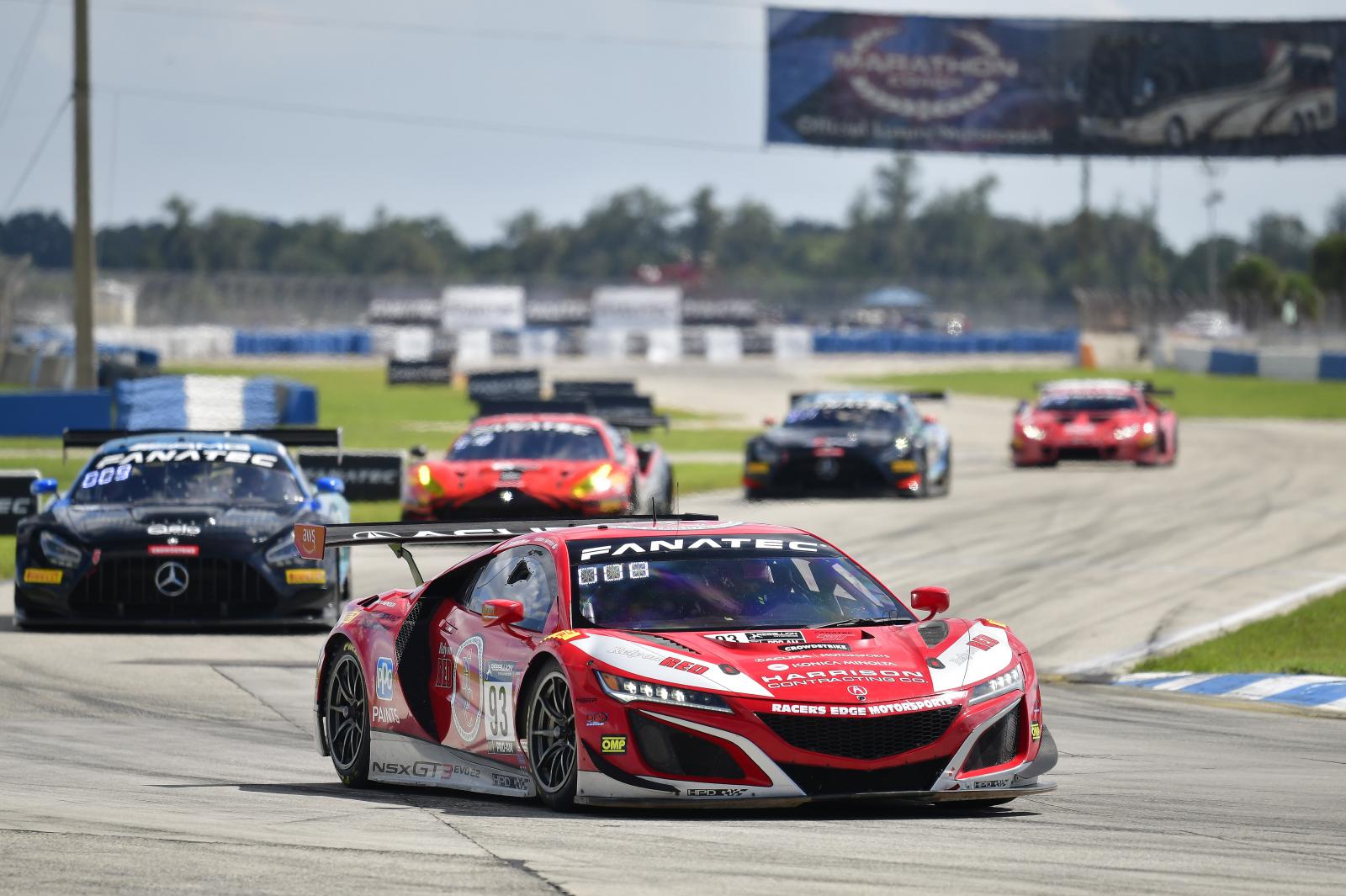