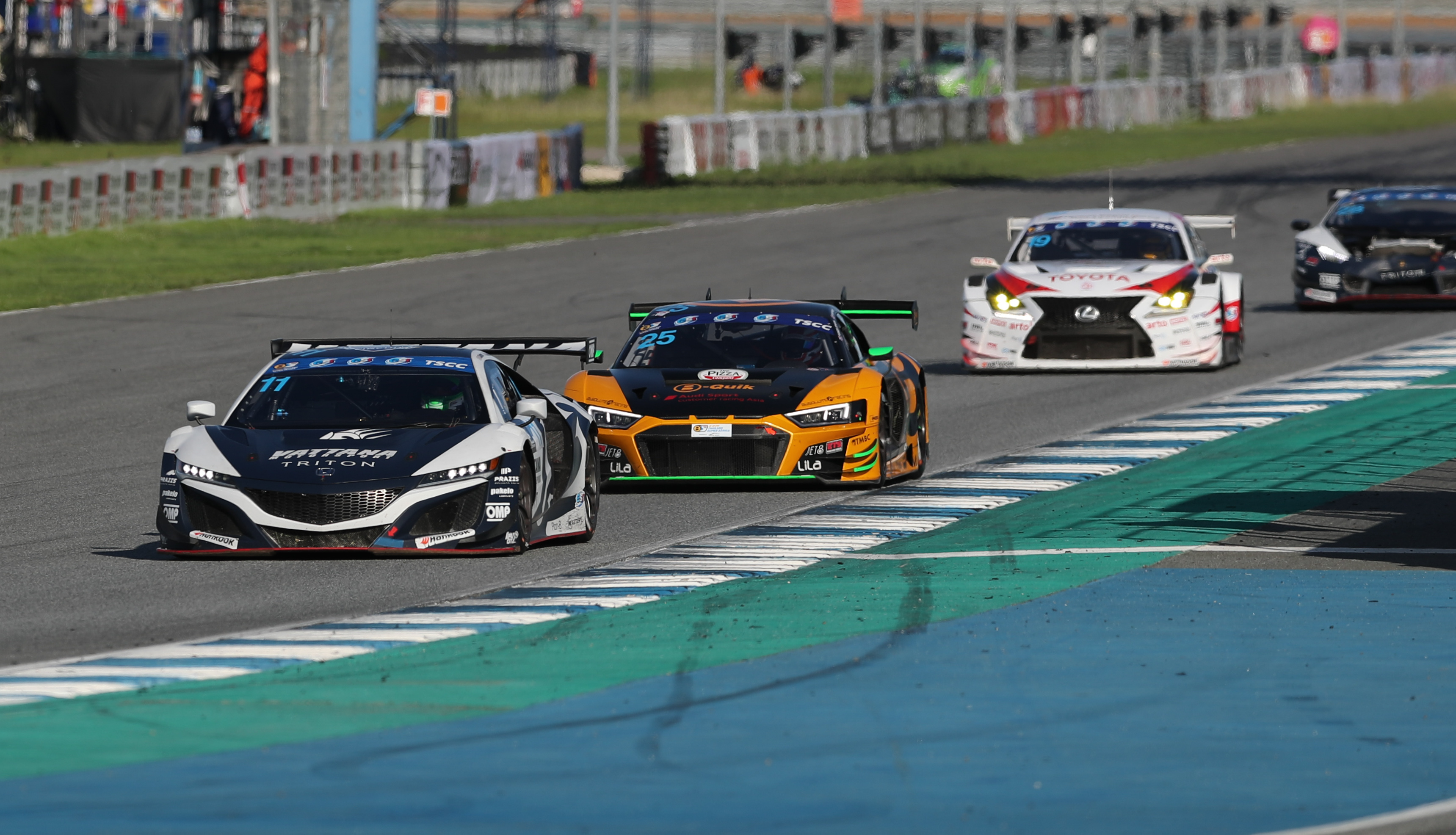 The NSX GT3 Evo 22 scored three podium finishes in high-level series across the weekend to remain in the hunt for title glory.

With customer teams of the JAS Motorsport-built car in Thailand, Japan and Denmark all targeting end-of-season success, the weekend's results look set to prove crucial in the outcome of series in Asia and Europe.

JAS Development Driver Jacopo Guidetti and Andrea Gagliardini scored a double-podium at Buriram to remain at the head of the GT3 Pro title battle over the weekend.

The Vattana Motorsport duo started the first of two races from pole position with Gagliardini opening up a comfortable lead by the mid-race driver changes, though his advantage was reduced due to half his stint behind spent behind the safety car.

Guidetti took over in second spot, but rear-tyre issues late on forced him to slacken his pace in the closing minutes. This dropped him to third in Pro and fourth overall.

From fifth on the Race-Two grid, the NSX headed in the other direction, climbing into the lead, only to be hit with a drive-through penalty for speeding in the pitlane. The pair still finished third outright and second in Pro to hang on to their series lead.

Team UPGARAGE pair Kakunoshin Ohta and Takashi Kobayashi remain in the hunt for Super GT's GT300 crown despite a frustrating result at Suzuka.

The pair qualified seventh, but a pair of inconveniently timed safety-car periods meant that their strategy proved unsuccessful. They fell back to 14th by the finish.

They are now fourth in the Drivers' standings with UPGARAGE fifth in the Teams' points.

ARTA pair Iori Kimura and Hideki Mutoh qualified eighth, but for a second event in a row proved to be one of the fastest GT300 crews in racing conditions.

The duo had climbed to third place on merit before a technical issue put Mutoh out of the race with just 10 minutes remaining.

Lars Pedersen remains in the hunt for the title after three points-scoring races at Jyllands-Ringen, Denmark.

Fifth and fourth places in the first and final races continued to showcase the Drivemade Racing ace's talent.

Seventh in Race Two came after a 10-second stop/go penalty incurred for driving against the flow of traffic as he attempted to rejoin the track following an earlier incident.

In the GT-only event at Virginia International Raceway, Rick Ware Racing scored a milestone achievement as Aidan Read qualified their NSX GT3 Evo 22 on the front row for the first time.

He ran there for the first of the race too, but a drive-through penalty - given because the team had one more person working on the car during the pitstop than permitted - dropped co-driver Ryan Eversley to the tail of the field.

Eversley recovered to ninth by the chequered flag, a result that put he and Read eighth in the final standings of the IMSA Sprint Trophy. 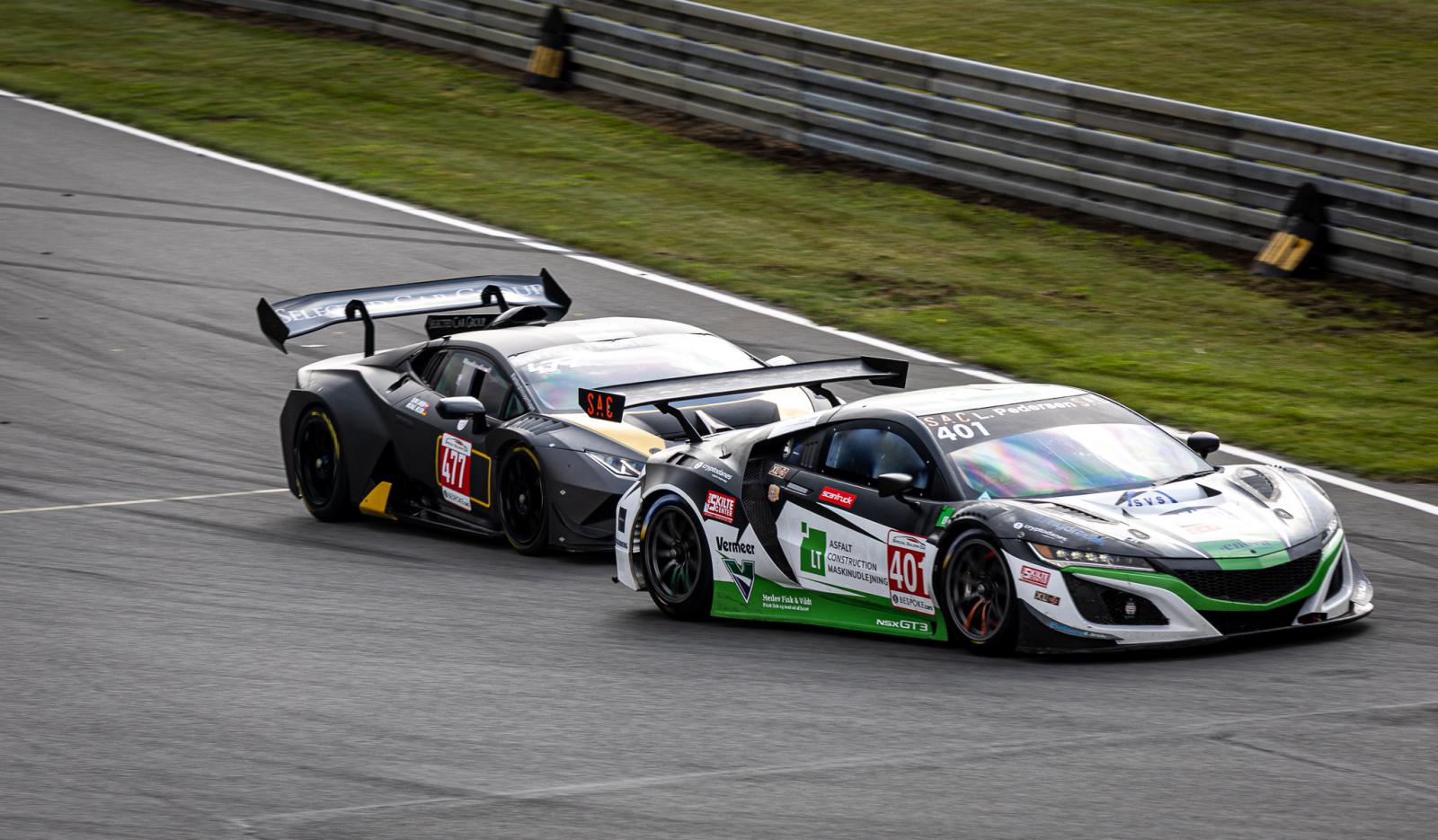