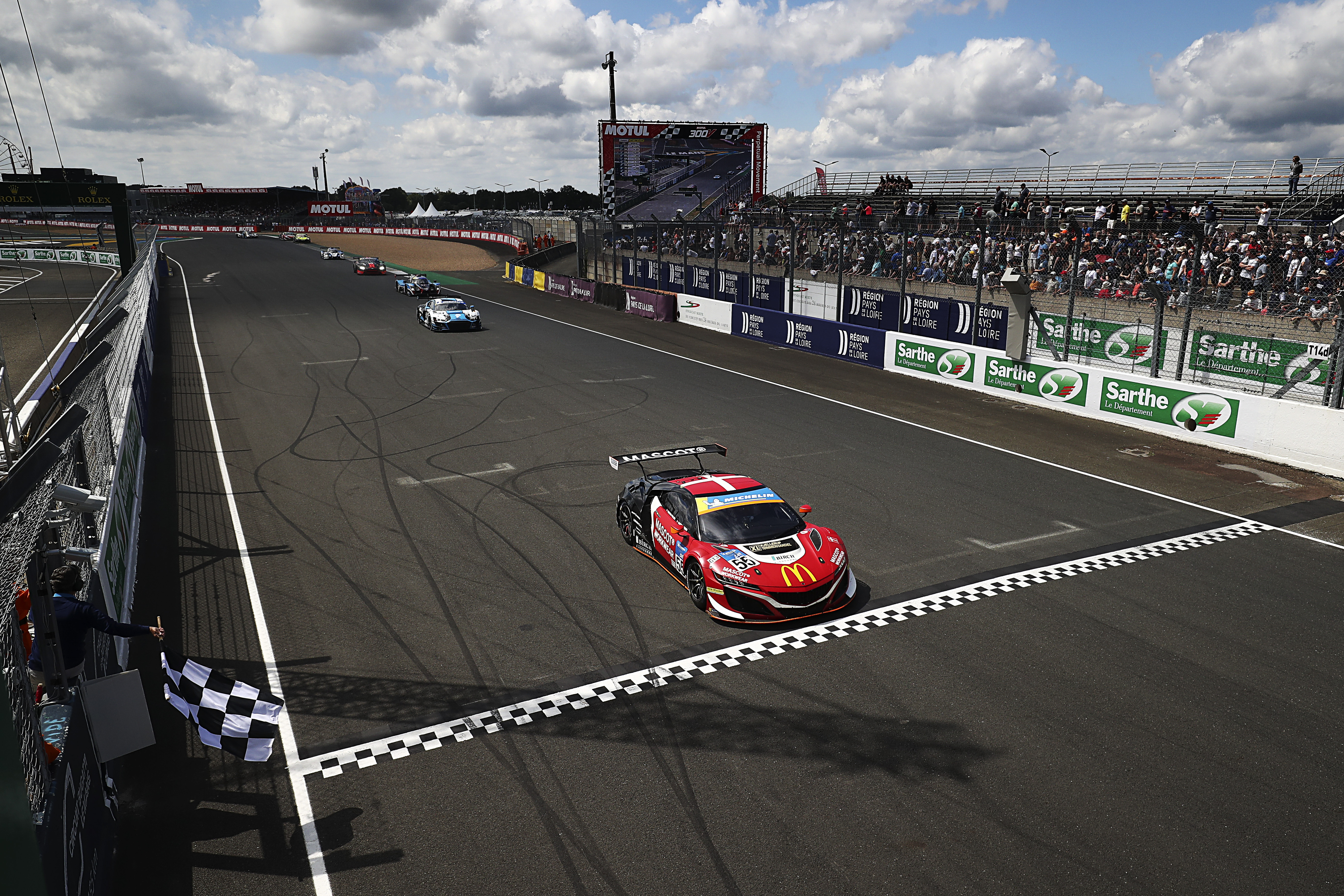 The Danish team won the GT3 division of the Road to Le Mans; the centrepiece of the Le Mans Cup's European-based season, with its two-driver crew of Kasper H Jensen and Kristian Poulsen.

Having started on the class front row for what was the second of two 55-minute races on the legendary 8.5-mile closed-road circuit, Poulsen was part of the victory hunt throughout his stint, and saw co-driver Jensen vaulted to the front thanks to slick work in the pits.

Jensen defended resolutely once racing resumed, often seeing rivals draw level down the long straights and, after a long period behind the safety car while the aftermath of an incident was cleared away - was able to take the victory - just - by less than a second.

It was the first Le Mans win for an NSX since Team Kunimitsu won the GT division of Le Mans' famous 24-hour race in 1995.

The result, coupled with third in Race One, allowed the duo take over at the head of the standings.

Paul Ricard race winners Jens Moller and Gustav Birch were eliminated from Saturday's race after contact from an LMP3 car on the opening lap, but had banked useful points for fifth in the opener; Birch a late on-track rival of Jensen's in fact.

Lars Pedersen and Mikkel O Pedersen - the latter subbing for Casper Elgaard following a cancer diagnosis - came home seventh to add to the ninth place they scored in Race One after Lars had spun away a 40-second lead at the Dunlop chicane with eight minutes to go. 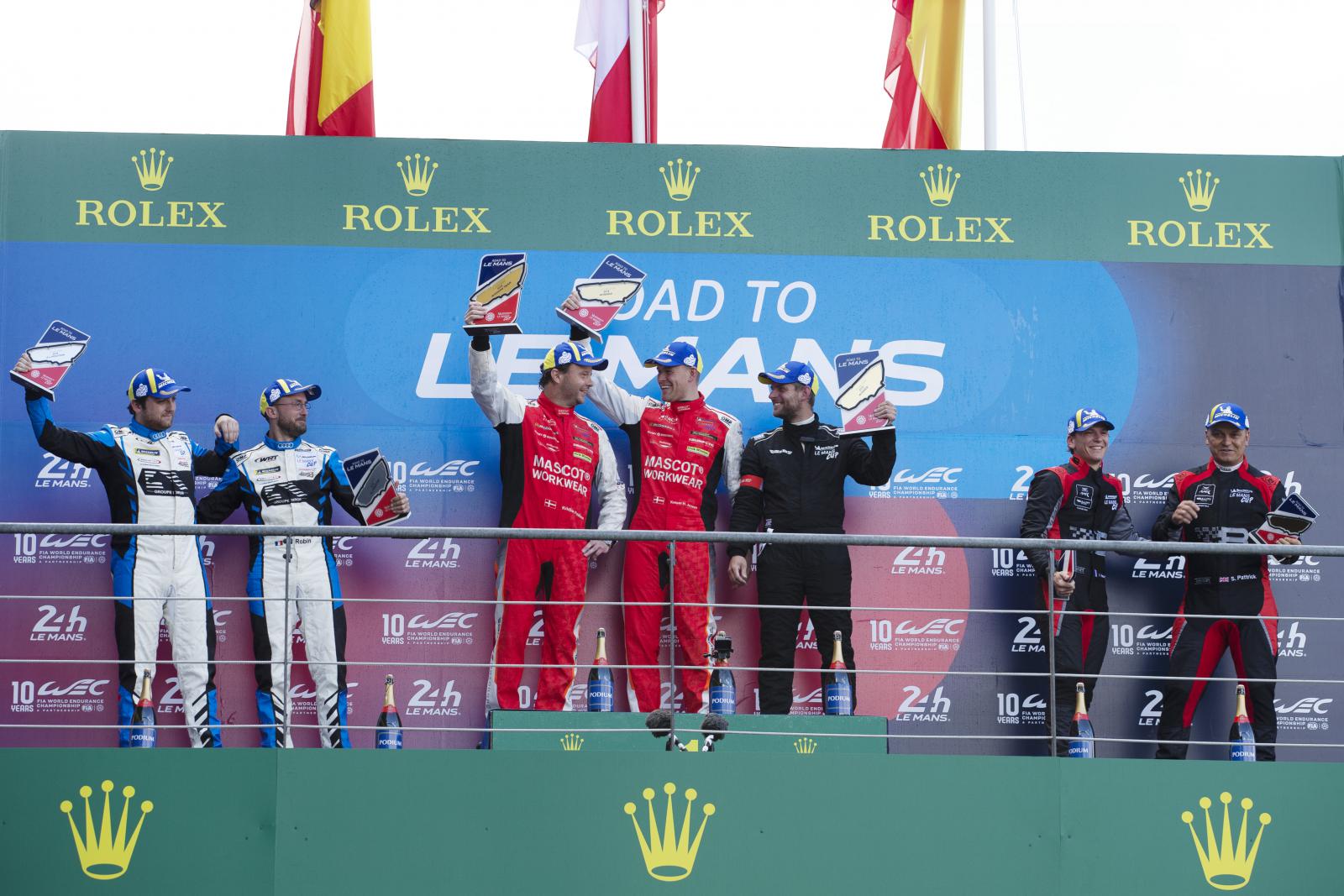