Eighth place in the GTD category at Laguna Seca, California, ensured the title - which is contested over the 2h40m races within the IMSA schedule - came the way of the NSX, which is in its first season of competition in 'Evo' specification.

MSR kept Hindman - who started second and ran there initially - on-track longer than most of his rivals, with their aim being to minimise time loss when the inevitable full-course caution period arrived.

Unusually, however, the race ran under green-flag conditions throughout its duration, meaning that when Hindman did pit to hand over to Farnbacher after 58 minutes, the extra time spent on old tyres had dropped the car several positions.

A drive-through penalty, sustained when Farnbacher ran over pit equipment at his final stop, lost him further ground and on well-used rubber, he focused on bringing the car home in eighth and banking useful points.

Their result means they are 32 points clear in the overall IMSA GTD standings with just the season finale to come at the 10-hour Petit Le Mans event at Road Atlanta in October.

The #86 NSX GT3 Evo leads the Teams' standings by the same amount while Acura are second in the Manufacturers' points.

The sister car, which featured the returning Christina Nielsen alongside Katherine Legge at Laguna, qualified seventh and drove a brilliantly consistent race to finish sixth. 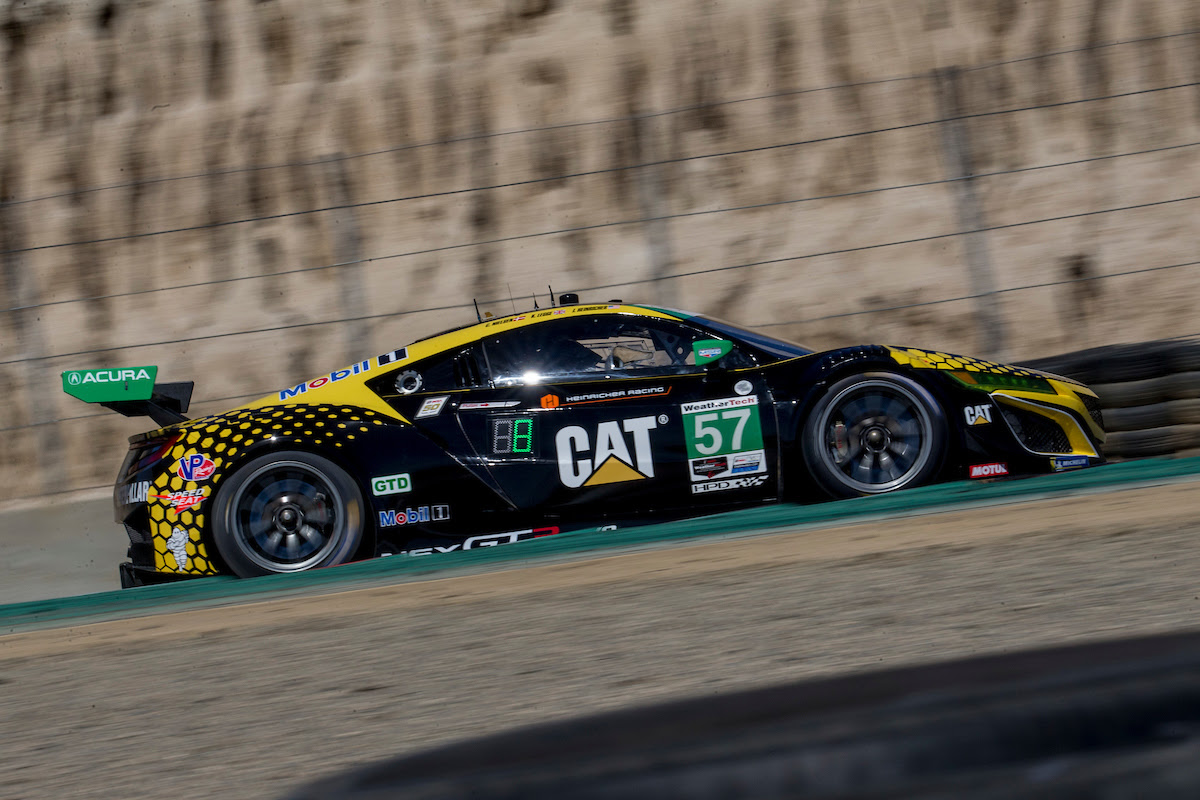