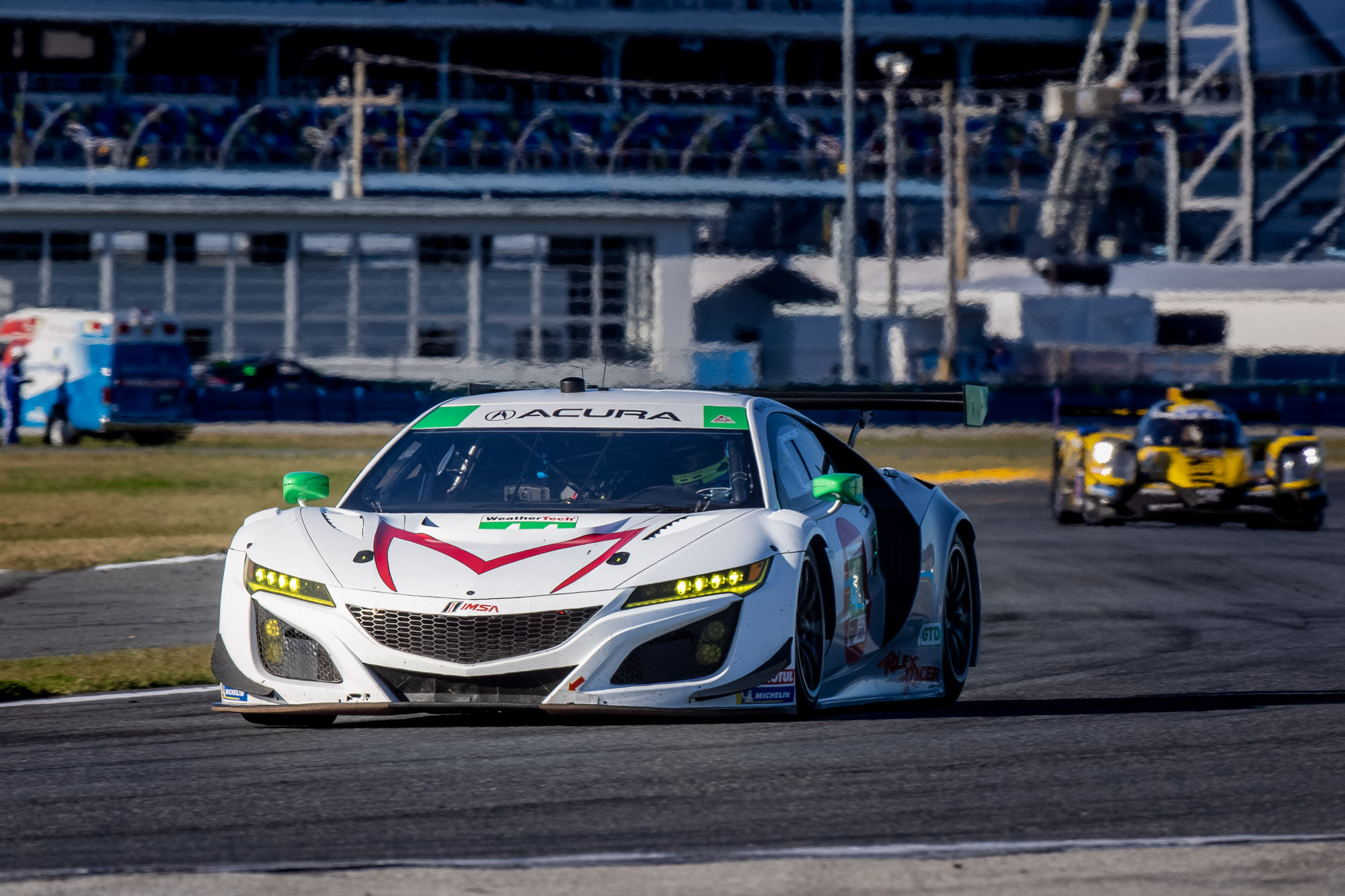 Magnus with Archangel showed excellent pace throughout a gruelling 24 Hours of Daytona to end the opening round of the IMSA Weathertech Sports Car Championship with a solid 11th-place finish.

John Potter, who was partnered by full-time co-driver Andy Lally and endurance drivers Spencer Pumpelly and Mario Farnbacher, started the race 12th - a legacy of the results of a 100-minute qualifying race held the previous weekend.

Having settled into an early rhythm, the team’s hopes of challenging for a podium finish in the 18-car GTD category were dashed just 45 minutes into the race when Potter suffered a right-rear puncture on Daytona’s iconic 31-degree banking after running over debris on track.

The time lost driving slowly back to the pits, followed by a drive-through penalty, incurred for wheels spinning while the car was up on its jacks while stationary, dropped Potter to last in class and several laps behind the leader.

Despite a couple of additional delays during the night, he, Lally, Pumpelly and Farnbacher showed excellent pace thereafter and proved the excellent reliability of the car to finish 11th - just 22 seconds away from the top 10 and banking useful points for the IMSA Championship.