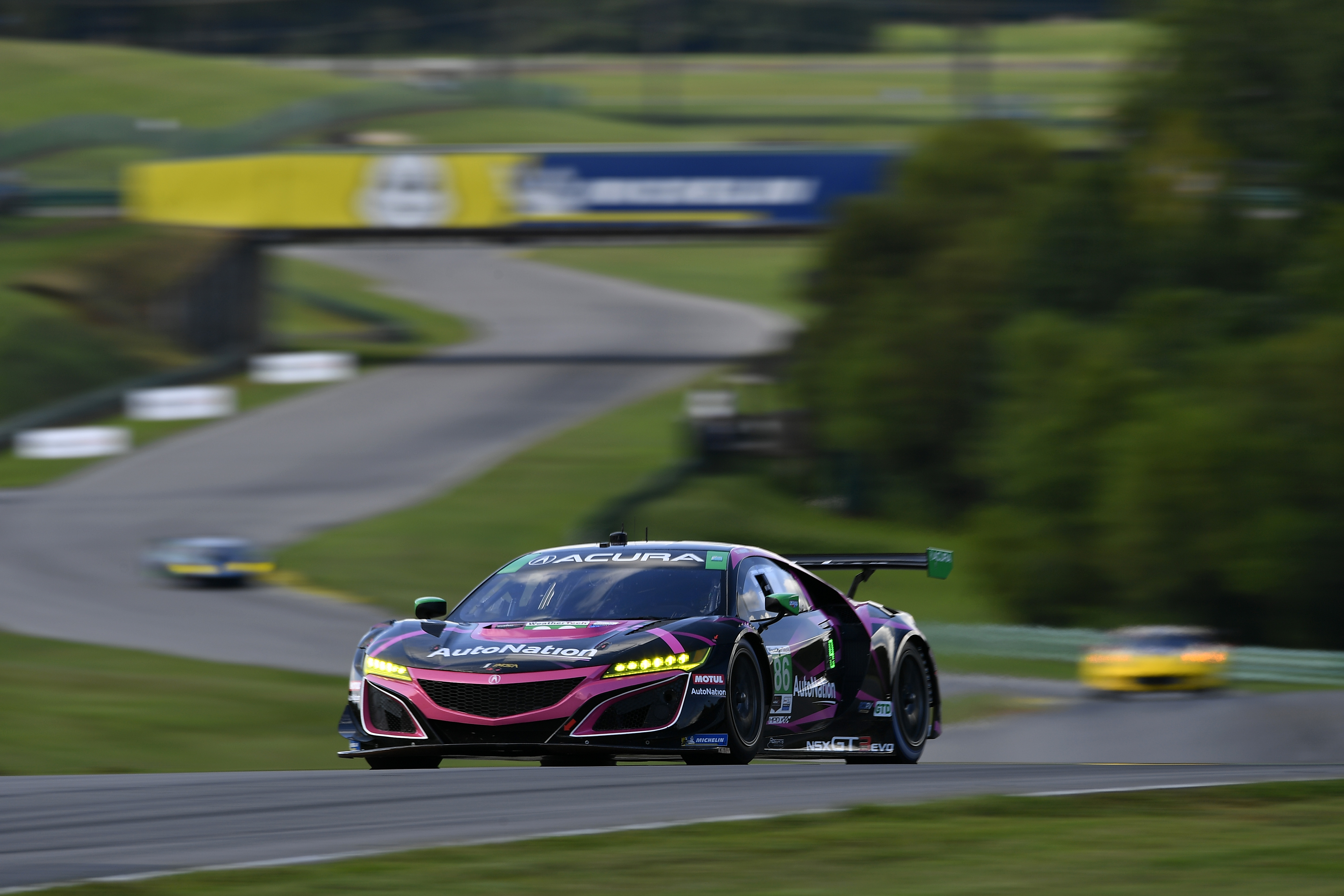 The Meyer Shank Racing pair’s result, which was their fifth podium finish in the past six races in the series' ultra-competitive GTD division, moved them into a 37-point lead with only 70 available from the two remaining races.

A victory next time out at Laguna Seca - a track at which MSR won last year - would be enough to seal the championship with a round to spare.

Hindman qualified fourth, but climbed to second by the third lap after a fantastic opening to the race. With MSR focused on an optimal race strategy, track position was sacrificed as Farnbacher climbed aboard at the first pitstop as the car dropped to fourth.

But this meant that a shorter stop than most rivals was needed as everyone pitted for the final time under green-flag conditions with 50 minutes to go. This promoted the German to second and he finished just six tenths behind the winning car.

The result means MSR and Acura can become Teams' and Manufacturers' champions at Laguna Seca.

Alice Powell made her IMSA debut in the sister car alongside British compatriot Katherine Legge and qualified a creditable fifth.

After being hit by a rival early on, she sustained a rear puncture and fell to the back of the pack, but recovered well to put the car in contention for a top-six finish.

A tyre failure - a result of a 'foreign object' lodged in the suspension - caused Legge to hit the tyre barrier hard with 20 minutes remaining while running seventh; an incident that dropped last year's series runner-up to 10th in the points.

Farnbacher's presence in the USA meant his place alongside Hideki Mutoh and Bertrand Baguette in the JAS-run Honda Team Motul was taken by Italian Marco Bonanomi for the Suzuka 10 Hours; the latest round of the Intercontinental GT Challenge.

A wet practice day on Friday denied the Italian team the chance to acclimatise to the Pirelli tyre on the Suzuka track and, although they made the pole-position shoot-out, a braking issue prevented Baguette starting higher than 15th.

A tyre-pressure issue and a strategy error dropped the car two laps back by the sixth hour, meaning that race pace on a par with the leaders throughout each driver's final stint meant they finished 15th.

Team UpGarage was the highest-finishing NSX GT3 Evo in the race; 14th in the hands of its Super GT regulars Kosuke Matsuura and Takashi Kobayashi, plus young Honda driver Tadasuke Makino.

Modulo Drago Corse's Ryo Michigami, Hiroki Otsu and Daisuke Nakajima were 18th while Arrows Racing's Philip Ma, Alex Liu and Jacky Yeung, started third in the Am class, but sustained race-ending damage in the third hour after contact between Yeung and a rival.