Mario Farnbacher and Matt McMurry moved into the lead of the IMSA WeatherTech Sports Car Championship's GTD class with a podium finish at Virginia International Raceway in their NSX GT3 Evo last weekend.

The Meyer Shank Racing crew qualified fourth on Friday and ran inside the top three for all of McMurry's impressive opening double stint, meaning that Farnbacher emerged from the pits in second place with an hour remaining.

A failed move for the lead on the two-hour mark led to Farnbacher going off-track and dropping to fourth. It was the catalyst for an incredible fightback.

Closing down an eight-second gap to the podium positions, he made an incredible move around the outside of a rival car at the uphill esses to snatch third with 11 minutes left, and then snatched second on the final lap to record the pair's third podium in a row.

Farnbacher and McMurry have a two-point lead in the Drivers' Championship with MSR ahead in the Teams' title race and Acura now just a point off the Manufacturers' lead. Acura are also now second in the IMSA Michelin Sprint Challenge.

The sister car, entered under the Heinricher Racing banner, finished seventh in the hands of Misha Goikhberg and Alvaro Parente; the Portuguese ace gaining a position in the final half-hour with a smart passing move.

Gradient Racing's Till Bechtolsheimer put their NSX GT3 Evo ninth on the GTD grid, but endured a tough stint, losing several laps in the pits for repairs after hitting the wall inside the first hour.

He and Marc Miller did keep pace with the rest of the pack once back on track and finished 11th.

Reigning GT300 champions ARTA looked set for a second-straight Super GT podium finish at Suzuka to enhance their title bid; Toshiki Oyu and Shinichi Takagi having qualified second and run inside the top three for most of the race.

Sadly for Oyu, contact at the fast Degner curves with three laps to go resulted in radiator damage that put him out of the race next time around.

The contact allowed Kosuke Matsuura, who had been lying fourth at the time, to move up to second place and claim the best-ever result for the TEAM UPGARAGE NSX GT3 Evo he shares with Takashi Kobayashi.

The pair are now seventh in the points with Oyu and Takagi eighth.

Drago Corse gambled on a different strategy; Ryo Michigami running a longer opening stint than most to take advantage of clear track and a low fuel load.

Unfortunately, a safety car just after the majority of cars had pitted had the effect of bunching the field together, meaning that when Jake Parsons took over the car, he was mired in the midfield. The pair finished 19th. 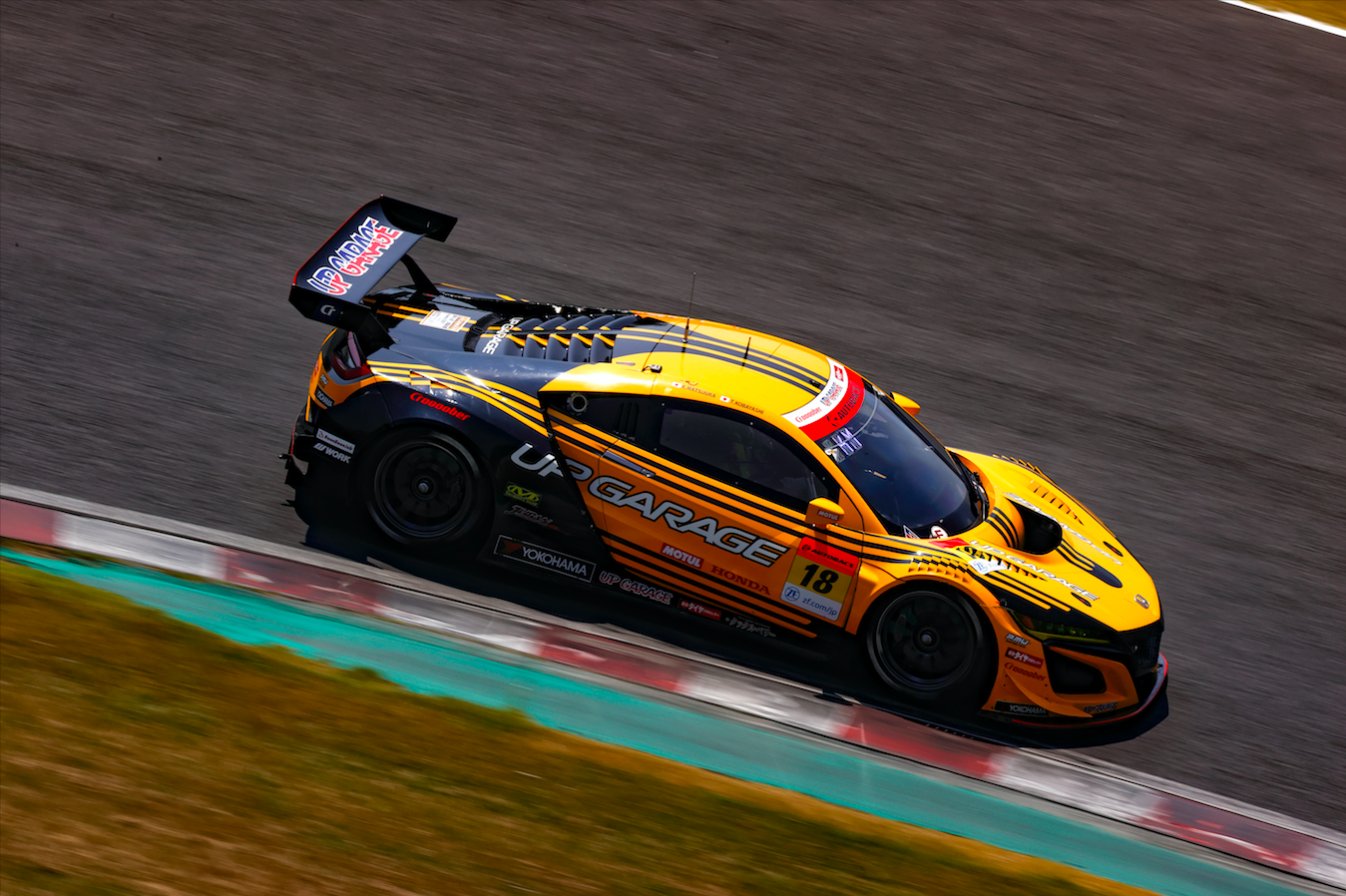