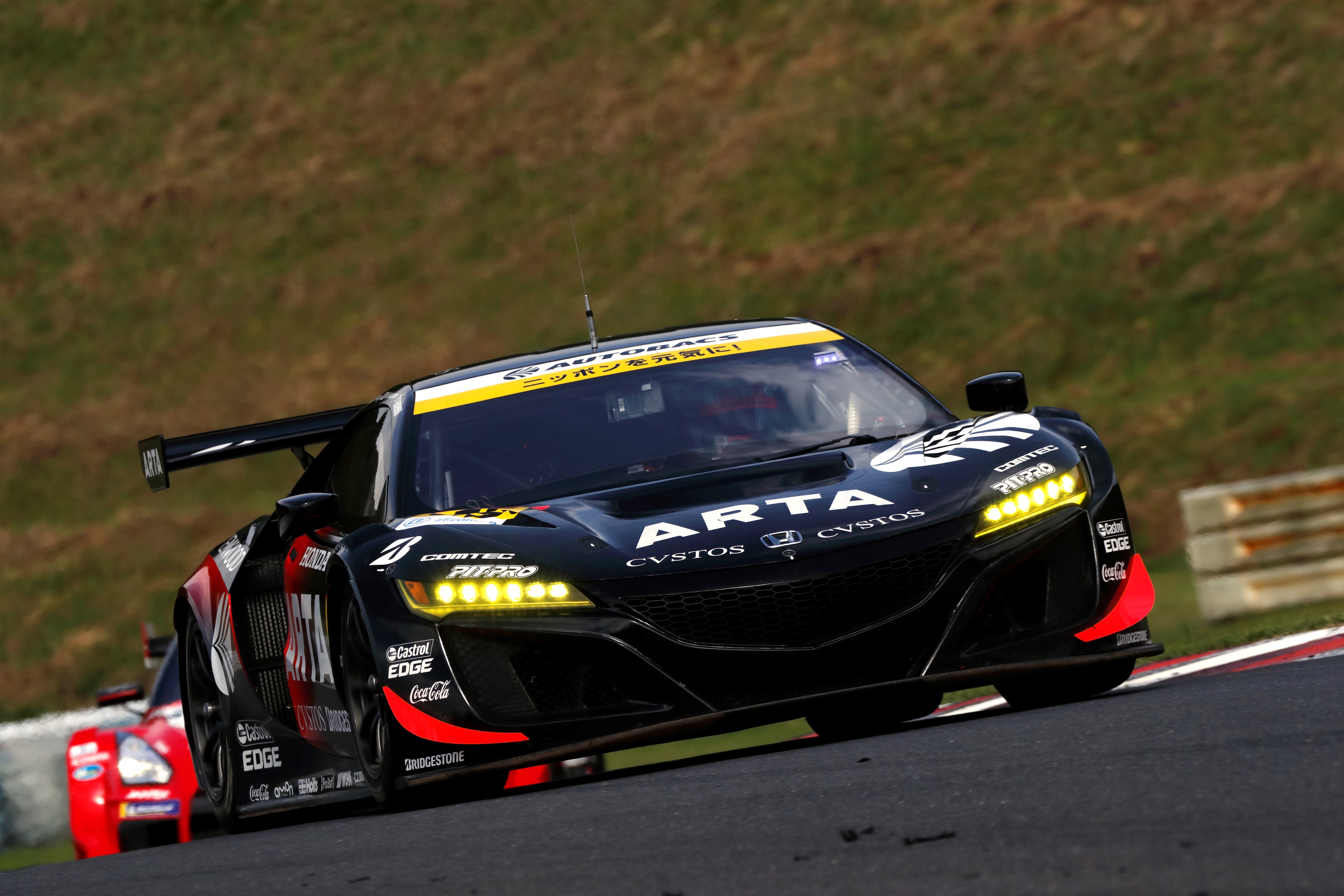 Despite carrying 70kg success ballast into the weekend, the pair qualified seventh and drove magnificently during the race, which began in dry conditions, but became increasingly wet during the middle section.

After several nervous moments debating tyre choice, and numerous safety-car periods, Fukuzumi had moved into the lead and looked set for a first win of the season.

Unfortunately, he was given a drive-through penalty for an unsafe release during the mandatory driver changes in the pits and dropped to sixth by the chequered flag.

He and Fukuzumi are five points clear at the top of the table with 40 available from the final two rounds.

After missing out on progression to Q2 in qualifying, both TEAM UPGARAGE and Modulo Drago Corse climbed the field together to reach the pitstops 11th and 12th.

After that, Takashi Kobayashi was able to pull clear to finish ninth in UPGARAGE’s car that he shares with Kosuke Matsuura while Drago pair Ryo Michigami and Hiroki Otsu were 11th after a drive-through - also for an unsafe release - of their own. 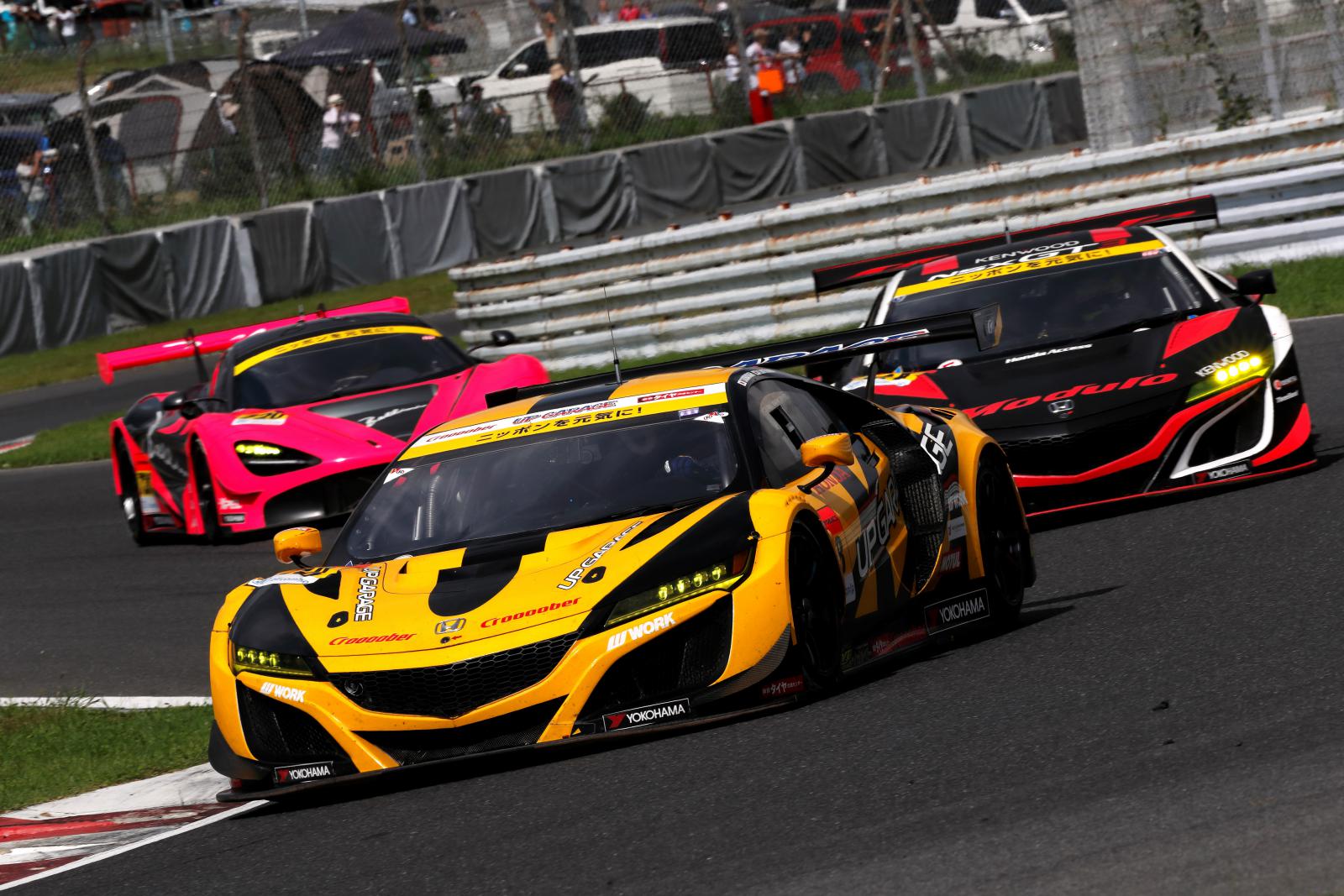