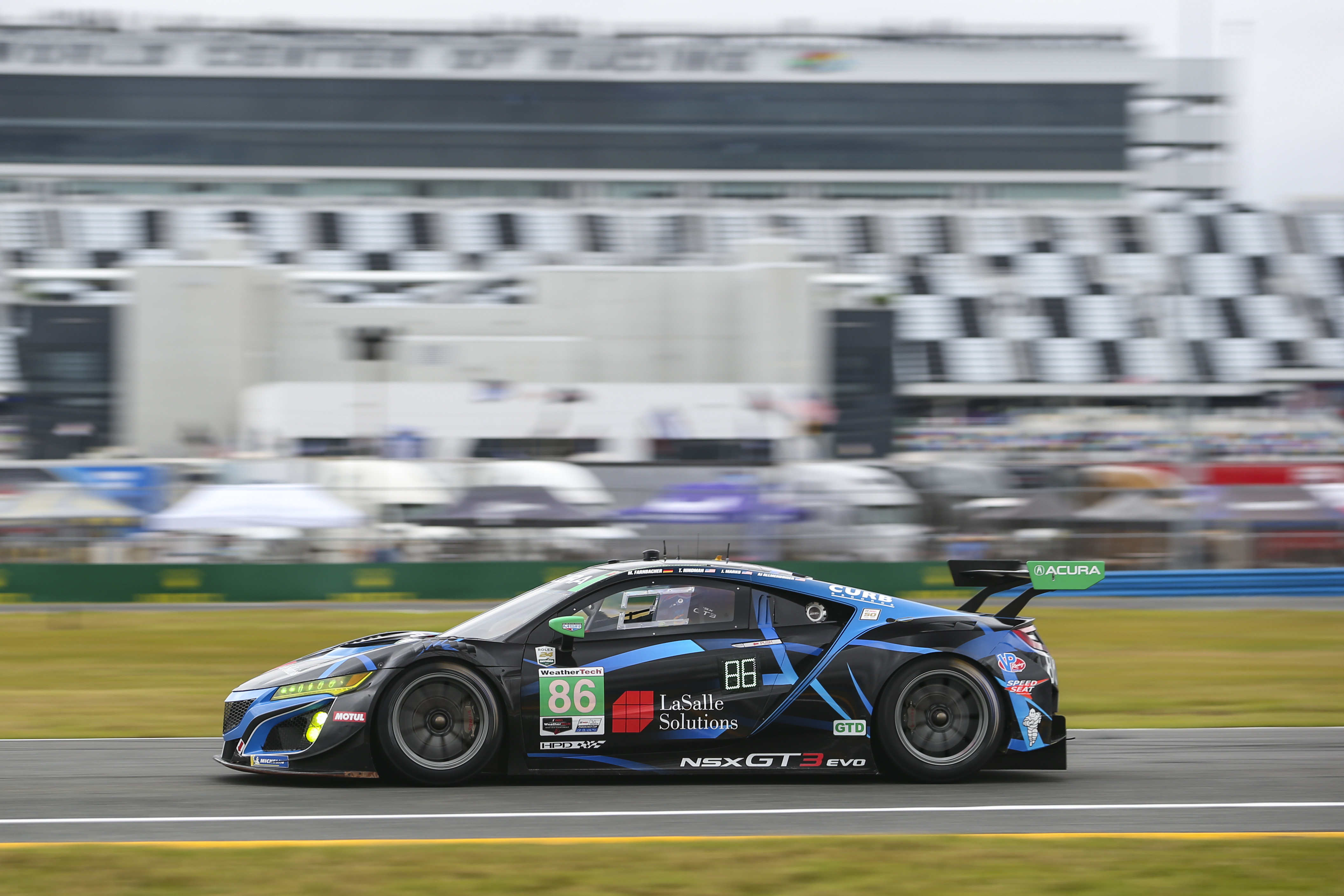 The NSX GT3 Evo secured a top-five finish on its race debut after an epic performance at the opening round of the IMSA WeatherTech Sports Car Championship, the Daytona 24 Hours.

Meyer Shank Racing's two-car outfit proved fast throughout the event, which was affected by torrential rain that forced two stoppages and a controversial finish.

Trent Hindman qualified the #86 machine third in the GTD class and as the race progressed, he and co-drivers Justin Marks, Mario Farnbacher and AJ Allmendinger, enjoyed a rapid run.

The quartet led for a total of 92 laps at various points during the race and only dropped outside the top five for any significant time as the pitstops cycled through.

However, shortly after Hindman had climbed aboard at what was scheduled to be the car's penultimate stop, the race was red-flagged for a second time due to the weather conditions.

At that point, while lying fifth, Hindman would likely have taken the lead when those ahead of him pitted, but with the race never resuming, and a result declared just ahead of the 24-hour mark, he was never given the chance.

The sister car, which was driven by an all-female crew of Katherine Legge - the 2018 GTD series runner-up -, Simona de Silvestro, Christina Nielsen and Bia Figueiredo, started 11th and - in Legge's hands made a valiant effort to climb as high as fourth by the 15th hour.

Unfortunately, a deflated tyre led to front-end damage being sustained by the machine and it lost 10 laps while being repaired in the pits. The car finished 13th.

Stefano Fini, JAS Motorsport NSX GT3 Evo Project Leader, said: "After finishing second in the championship with the NSX GT3 last year, we believed that the improvements made to the car would allow the Evo to perform to a very high level at Daytona. I'm delighted that we've been proven absolutely correct. Both Meyer Shank Racing cars showed excellent speed on the twisty infield and on the fast oval sections of the Daytona International Speedway, the reliability was superb and the drivers reported that it was very easy to control in the wet conditions. I think the team will have a very good season." 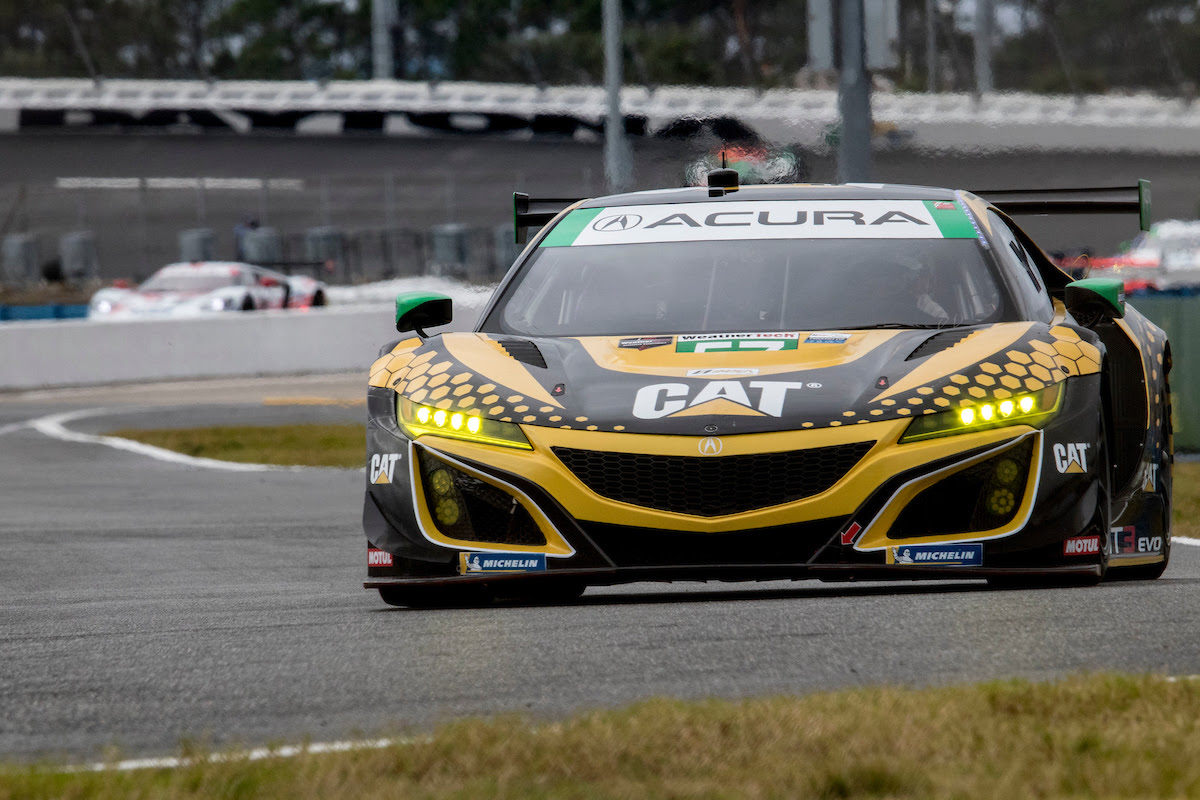