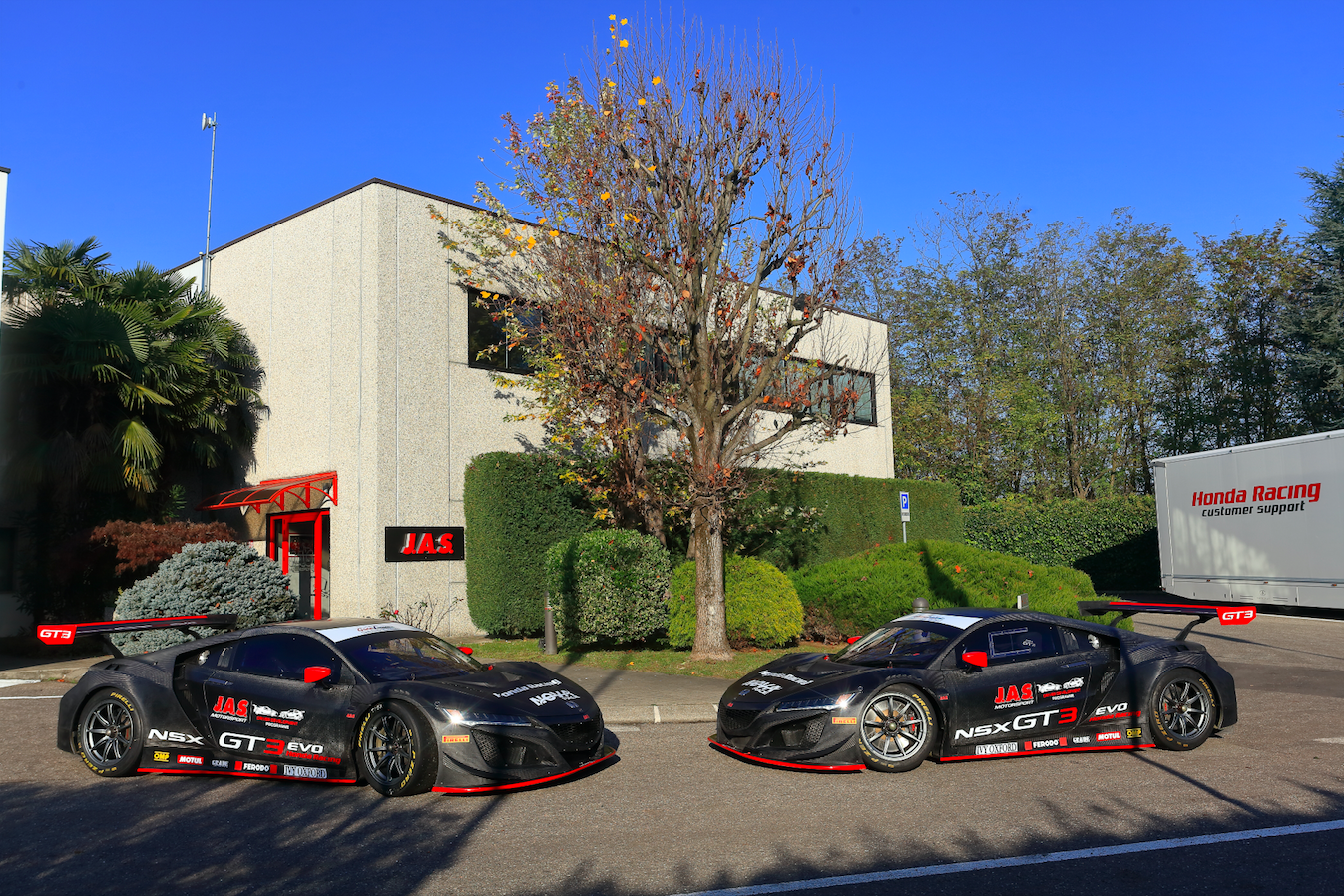 The Honda NSX GT3 Evo will contest the Italian GT Championship for the first time in 2021 after ambitious team Nova Race today announced plans to run a two-car team.

Luca Magnoni’s outfit, which leads the Sprint Series’ GT4 points table with just next weekend’s final round of 2020 remaining, has signalled its ambitions by making the step up to the full GT3 category next year.

This will be the first Italian customer race programme for the ultra-successful NSX GT3 Evo, which is built by JAS Motorsport in Arluno, Milan - just 50km from Nova Race’s Varese headquarters.

The twin-turbo, V6-engined NSX GT3 Evo has won 15 major championship titles since its competitive debut in January 2019, giving both professional and gentleman drivers success all across the world.

“To resume our GT3 campaign as a member of the NSX GT3 Customer Racing Programme will be a breakthrough for us,” said Nova Race Team Manager Nicola Sinigaglia.

“Being well aware of JAS Motorsport’s achievements, I was convinced the car would thrive in Italy ever since I spotted the car in the Monza paddock. Next year our goal is to be front-runners in GT3 as we are in GT4 - a class in which Nova Race will continue to race.”

Driver line-ups for each of the cars will be announced at a later date while JAS Motorsport will provide customer support to the team across the campaign.

“It is incredibly exciting to welcome Nova Race to the NSX GT3 Evo family for 2021 and, as an Italian company, to see the Evo that we assemble at our Arluno headquarters, racing full-time on the fantastic tracks of our home country, said Alessandro Mariani, JAS Motorsport CEO.

“Nova Race have achieved a huge amount of success in GT4 racing over the past decade, both in Italian GT and across Europe in the 24H Series.

“This agreement will make them the reference team for the NSX GT3 Evo in Italy, and their experience and professionalism should provide every opportunity to add to the success the car has already achieved globally.”