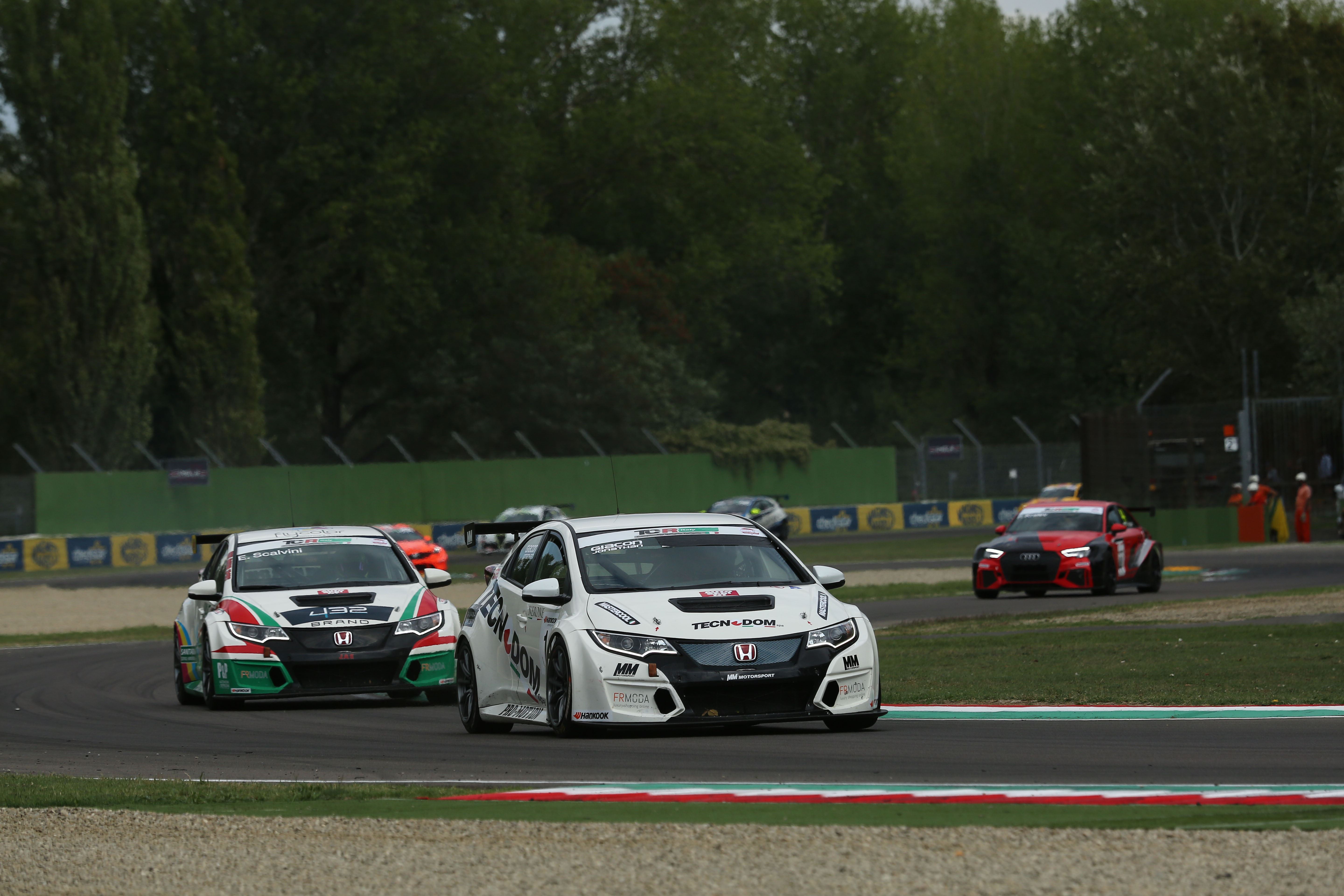 Having his first meeting in a Honda Civic Type R TCR, Jonathan Giacon qualified second for Saturday's opening race and sprinted into the lead by the first corner.

Giacon then held off the hard-charging Eric Scalvini - who avoided a multi-car incident on the first lap to leap up from sixth to second - and record his first series win.

MM Motorsport driver Scalvini qualified and finished second in an ultra-wet second race on Sunday to bring his podium tally for the season to eight and re-take the lead of the Drivers' Championship with just two rounds remaining.

British driver Finlay Crocker (below) made his second appearance of the season with his VFR team. He drove superbly to climb from 11th to fourth in the opener and added a solid seventh place on Sunday.

The weekend results moved Honda into the lead of the Constructors' Championship.

Mads Fischer, TCR Project Leader, said: "It's been a very strong weekend for the JAS Hondas in TCR Italy and I must congratulate Jonathan Giacon on his first victory and Eric Scalvini on re-taking the championship lead. The Honda teams knew that this was a weekend to take advantage of having no success ballast, and they've done this. I think if Race Two had been dry then the results would have been even better. We know that Eric will have the maximum 30kg ballast next time and his main title rival will have none; the reverse of what happened here, so it will be a challenge." 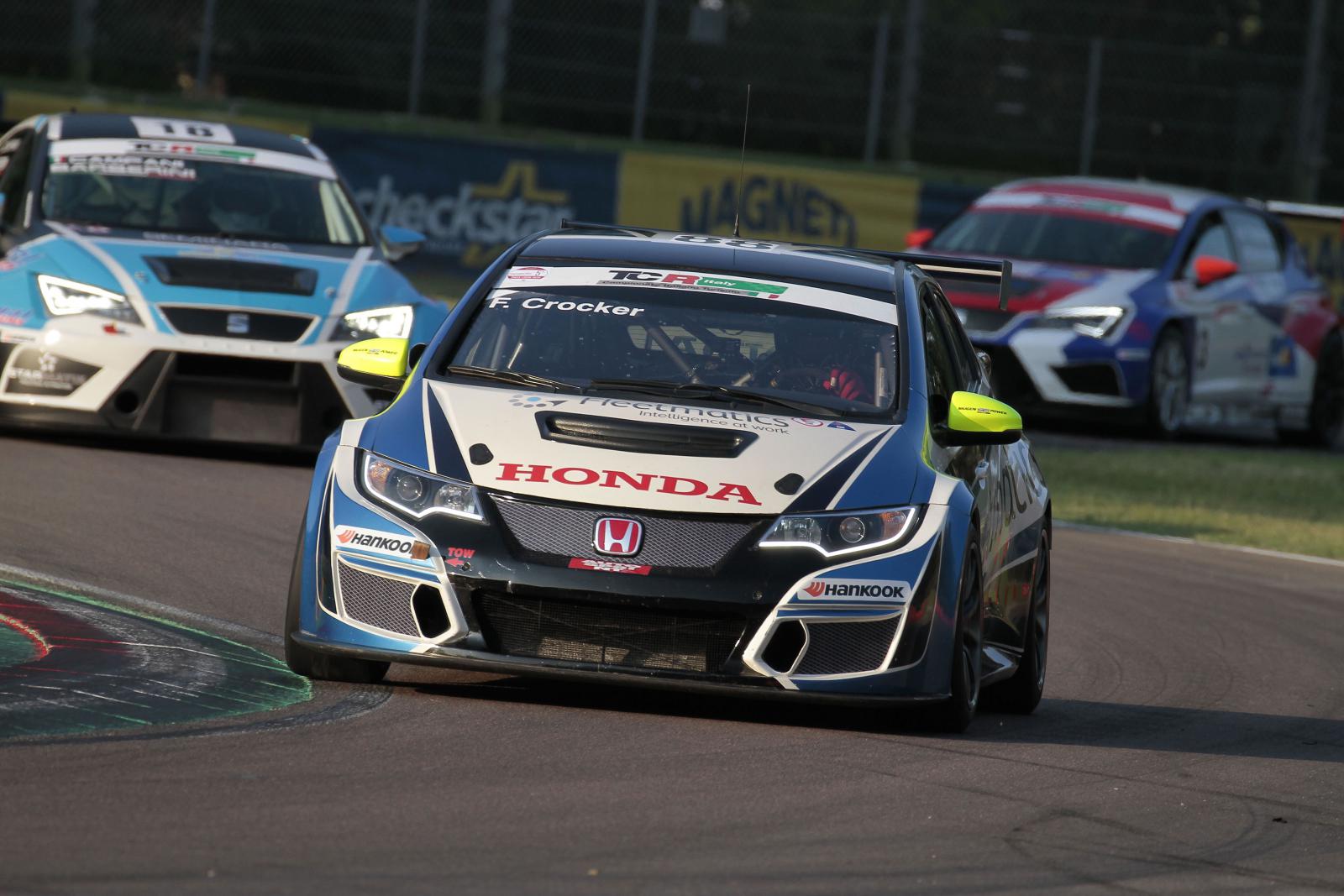