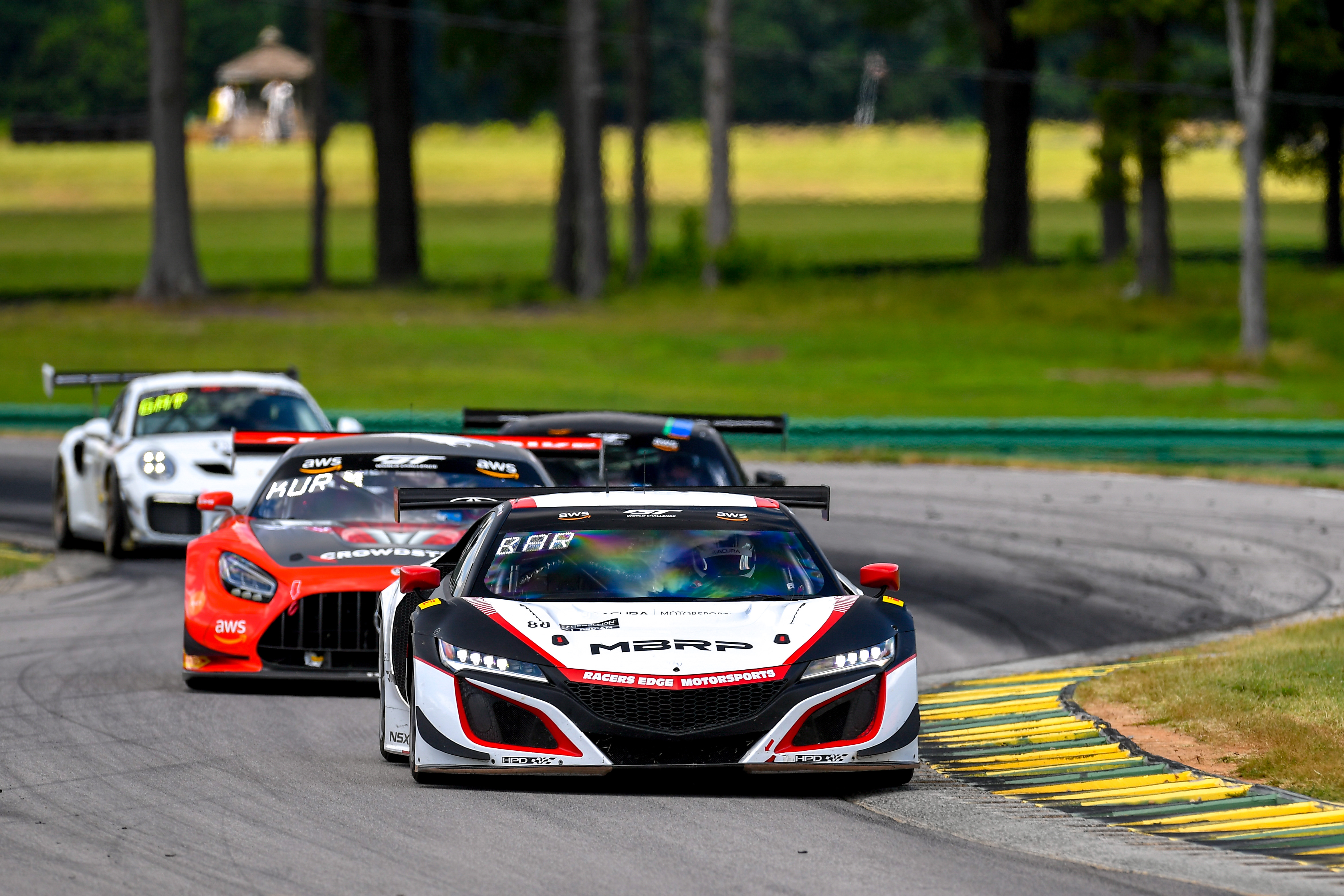 Martin Barkey and Kyle Marcelli secured their first outright series win to add to the three class victories they achieved on their way to the 2019 pro-am Teams’ title, heading team-mates Shelby Blackstock and Trent Hindman in a tense final half-hour.

Emerging at the front of the field after the mid-race driver changes, Marcelli drove an inch-perfect stint to claim the team's third win from three races in 2020 and score the NSX's first one-two finish in the series.

Blackstock had taken another outright pole position in the sister car and built an eight-second lead by the time the mandatory driver-change window opened.

Frustratingly, full-course caution conditions were declared and then a safety car called while he was in the early stages of his in-lap, losing him an enormous amount of time compared to the pro-am cars that had pitted at the start of the window.

This dropped the car - now with Hindman aboard - to fourth, but the reigning IMSA GTD champion charged back; passing two rivals decisively and finishing right behind Marcelli to claim a third straight Silver class win.

From sixth overall and third in pro-am on the Race Two grid, Marcelli made instant progress to arrive at the pitstops in fourth spot, while a combination of quick pitwork and a late safety-car period helped bring Barkey up to second and onto the tail of the leader.

With maximum commitment, he came within 0.2 seconds of making it a double win, but the result does move he and Marcelli up to third in the pro-am standings, only eight points away from the series lead.

Polesitter Hindman built a three-second lead during his stint, but also incurred a drive-through penalty for speeding into the pitlane at the driver changes. Blackstock served he penalty having just re-taken the lead, but the pair were still classified as silver-class winners for a fourth straight race.