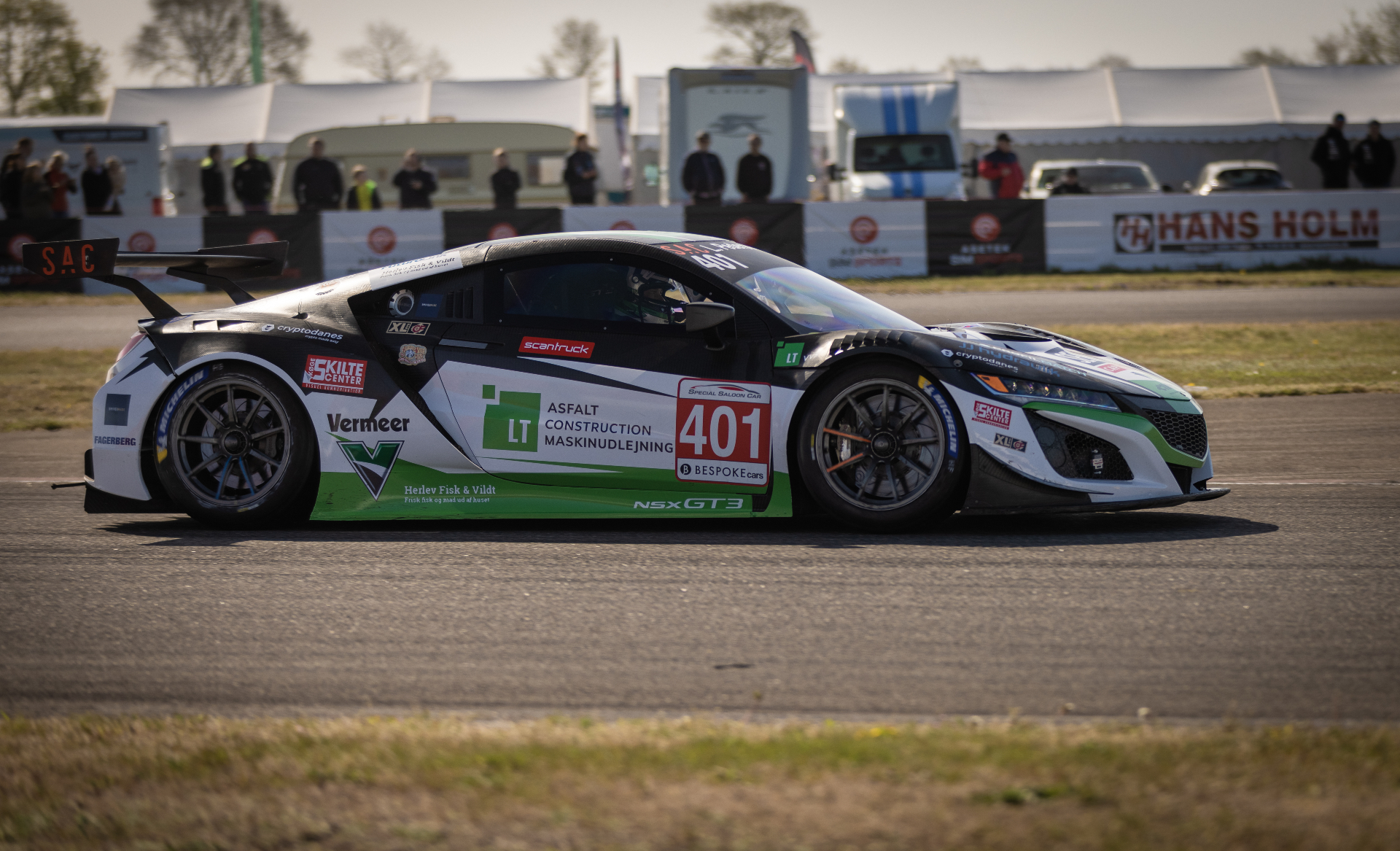 Lars Pedersen gave the NSX GT3 Evo 22 a milestone victory last weekend as the JAS Motorsport-built car broke its own record for wins in a calendar year.

Pedersen's success in Denmark's Special Saloon Car series was the 10th of 2022 for the NSX; those wins coming across five championships on three continents.

The Drivemade Racing competitor qualified second overall at Padborg Park and passed his chief title rival early in the opening race to take his third series win of the year.

Combined with a Le Mans Cup victory at Monza, he has now won more races behind the wheel of the car this year.

He then added two second-place finishes in the two remaining races and now sits second in the points table of the fastest class - Division 4 - with just one triple-header round remaining.