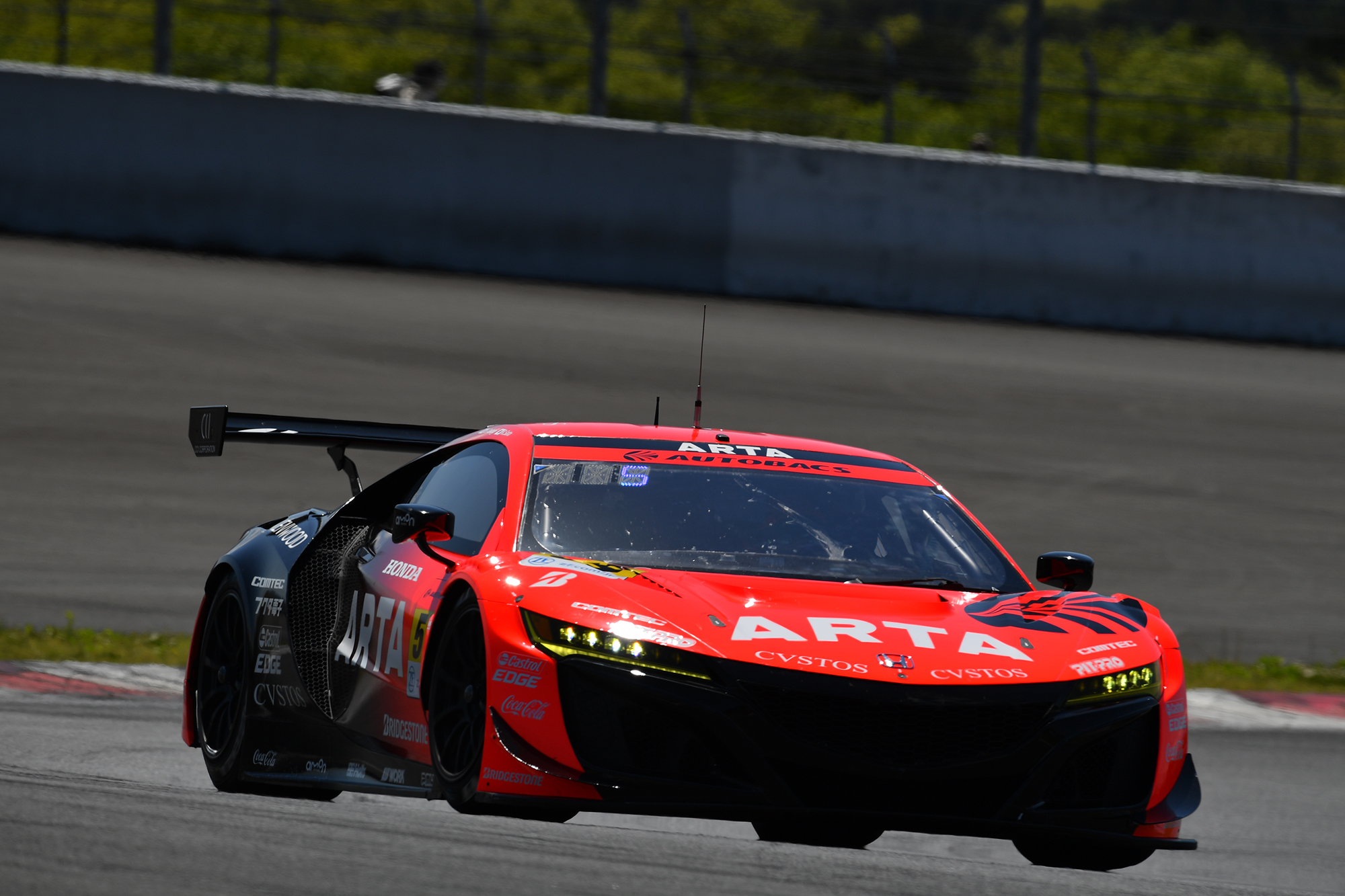 It was Team UPGARAGE who looked best-placed to secure the first GT300 victory of the season for Honda at Sugo as Teppei Natori and Takashi Kobayashi qualified a season’s-best second on the grid.

But their race was not to be a good one due to issues with cool suits that forced delays at the driver changes in the pits.

The UPGARAGE team’s delay - which dropped them to 12th by the finish - helped promote ARTA into a fight for the lead.

Despite brief contact with another car on the start/finish straight, Ren Sato and Shinichi Takagi came home second for their best result of 2021 - and one that promoted them to fourth in the standings - just nine points from the series lead with three races to go.

It was a strong weekend for Drago Corse too as Ryo Michigami and Shogo Mitsuyama finished sixth.

Coming in off the back of a double pro-am win at Imola, Reno Racing duo Jens Moller and Marcus Paverud once again had high expectations at the Red Bull Ring, Austria.

Unfortunately, both qualifying sessions were blighted by braking issues, meaning that Moller and Paverud could do no better than sixth and fourth in class respectively.

But the races went far better; the pair combining to finish third on Sunday on pure pace, and to be cruelly denied the same result on Saturday due to a quirk of the regulations.

A torrential thunderstorm hit the circuit with 10 minutes remaining, causing five of the front-running cars to go off the track.

The race was red-flagged with Paverud in third. But with a result swiftly declared, the order taken from the previous lap - meaning he instead was classified fifth. The pair are second in the pro-am standings, 17 points off the lead with 40 available in the remaining four races.

Magnus with Archangel were the highest-finishing of the three NSX GT3 Evo crews in the GTD class at Laguna Seca.

John Potter hit his 45-minute minimum drive time in eighth place and pitted to hand over to his pro co-driver Andy Lally at the earliest opportunity. Lally fought hard with several cars around him and finished ninth.

Till Bechtolsheimer held the fastest lap in GTD until the pro drivers climbed aboard. The Gradient Racing driver sat out qualifying to save a new set of tyres for the race and climbed from 12th to sixth early on.

But a drive-through penalty for contact, added to an unscheduled top to remove bodywork that was rubbing against a tyre, left he and Marc Miller off strategy. They finished 11th.

Jacob Abel was the fastest Acura driver in qualifying, but the debutant - who was sharing Compass Racing’s NSX with two-time champion Mario Farnbacher - was hit from behind just seconds into the race, suffering a broken rear toe-link and retiring in the pits.

All the cars were competing as part of the NSX GT3 Customer Racing Programme; a global collaborative project with JAS Motorsport responsible for assembly of all cars. 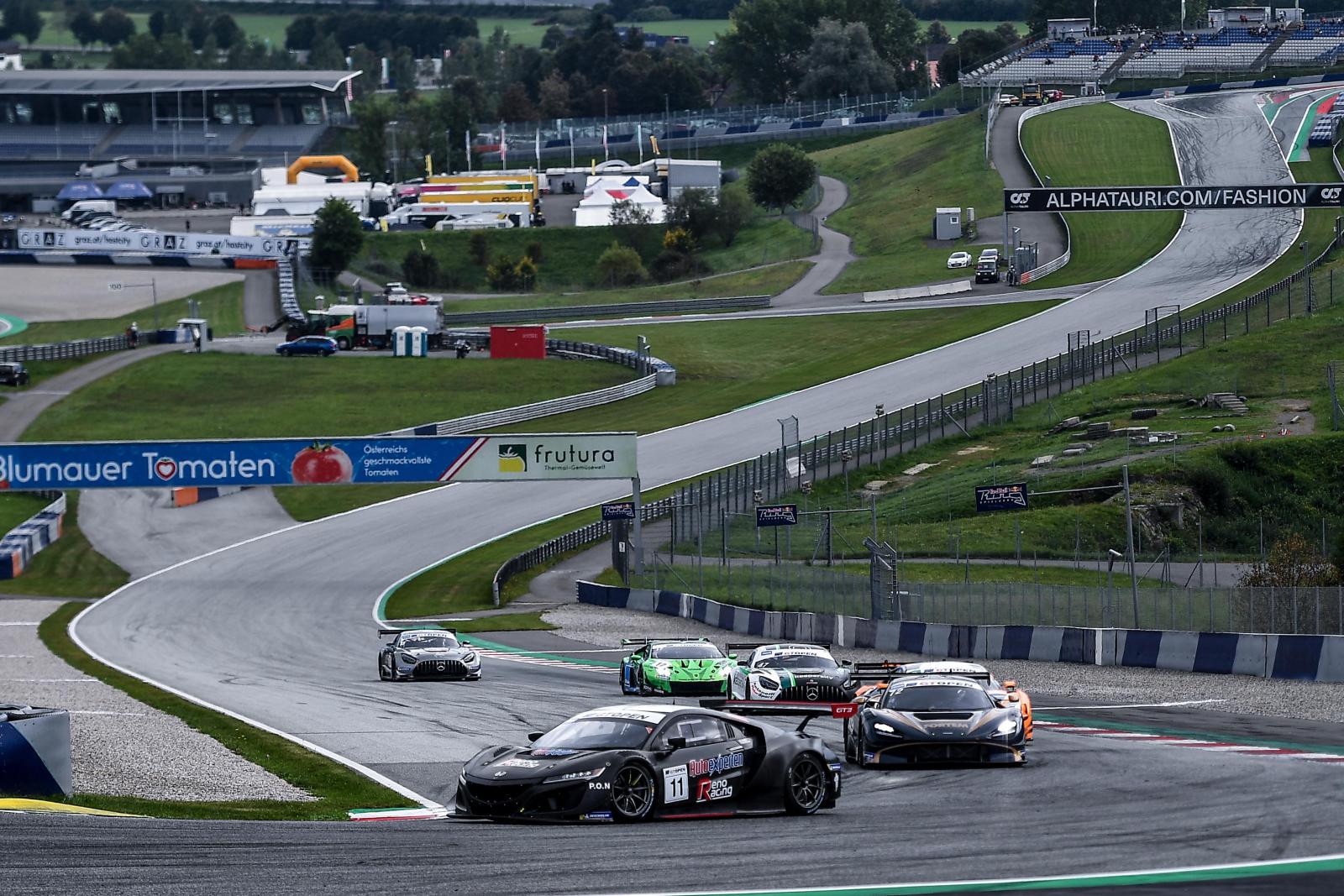