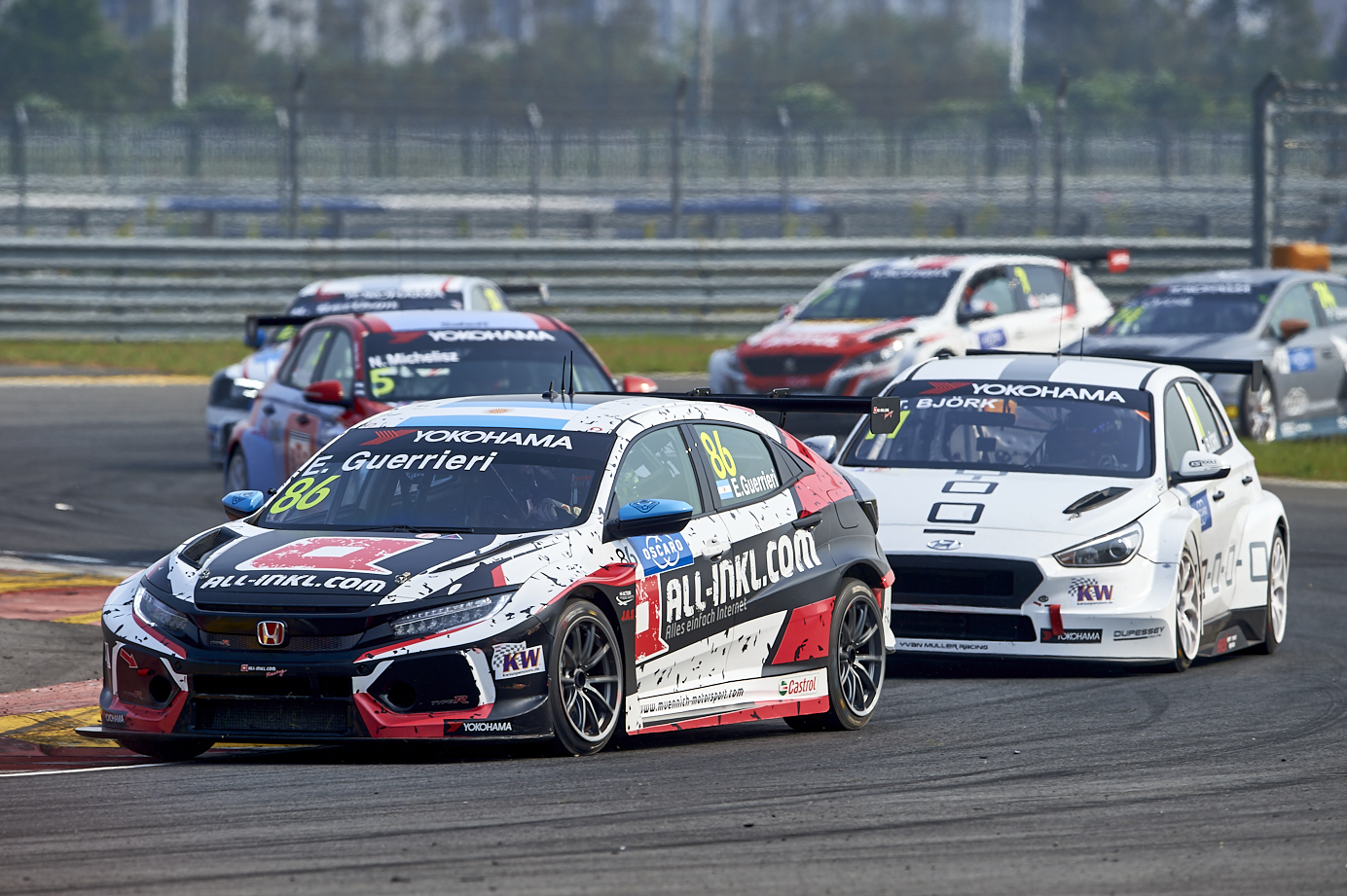 ALL-INKL.COM Münnich Motorsport’s Esteban Guerrieri was on superb form; finishing second in Saturday’s WTCR opener in his JAS Motorsport-built car, and climbed from eighth to third in Sunday morning’s encounter.

The results mean the car has scored eight podiums and three wins from opening seven rounds of the series.

The Chinese driver was on course for a points finish in Race One when a collision with Ehrlacher caused damage to his car that ended his weekend.

Team-mate Tom Coronel made significant ground in all three races and scored a best result of 16th after a late-race puncture in Race One prevented him finishing any higher.

The trio of TCR China races were all held on Saturday as the series entered its third event of 2018.

MacPro Racing Team’s Henry Ho and Eurico de Jesus increased their series lead by maintaining their 100 per cent record in the sprint races with a win for each driver in the #88 Civic Type R TCR.

Unfortunately, an early puncture denied them a clean sweep and they finished the enduro in sixth. Team-mates Kelvin Tse and Miguel Kong each finished fourth in their respective sprints and were eliminated from the endure with another puncture.

Mads Fischer, JAS Motorsport TCR Project Leader, said: “Two podiums is a great result for Esteban and ALL-INKL.COM Munnich Motorsport. Their car very fast this weekend and it’s important to maximise your points possibility when you’re in that situation. Having a home driver in the Civic Type R TCR is also very interesting and Ma Qinghua’s performance leaves us all confident he’ll be one to watch in Wuhan next weekend. It’s also very pleasing to see MacPro Racing’s drivers continue their unbeaten run in the TCR China sprint races, and there’s a good championship lead now for both the drivers and the team.” 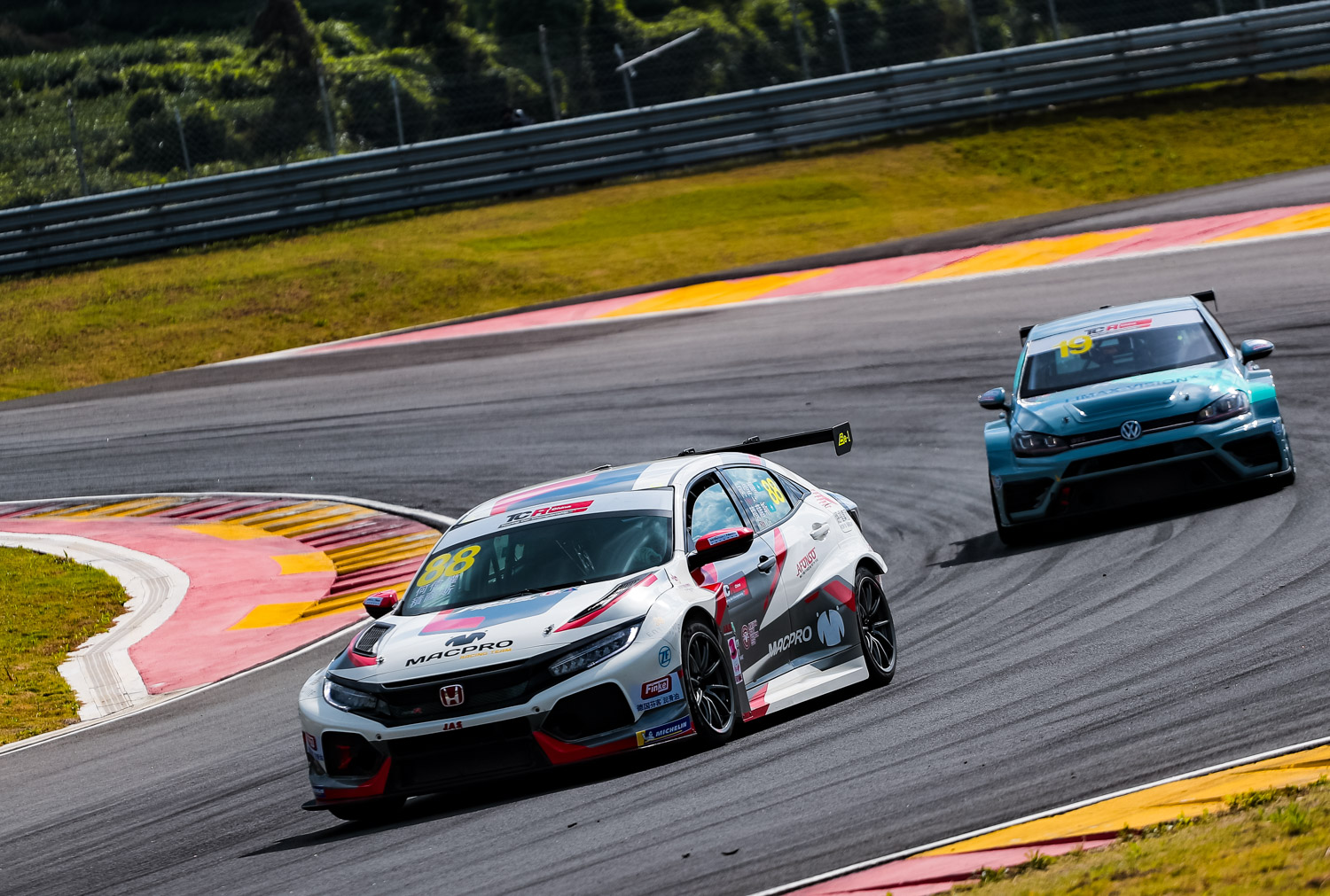