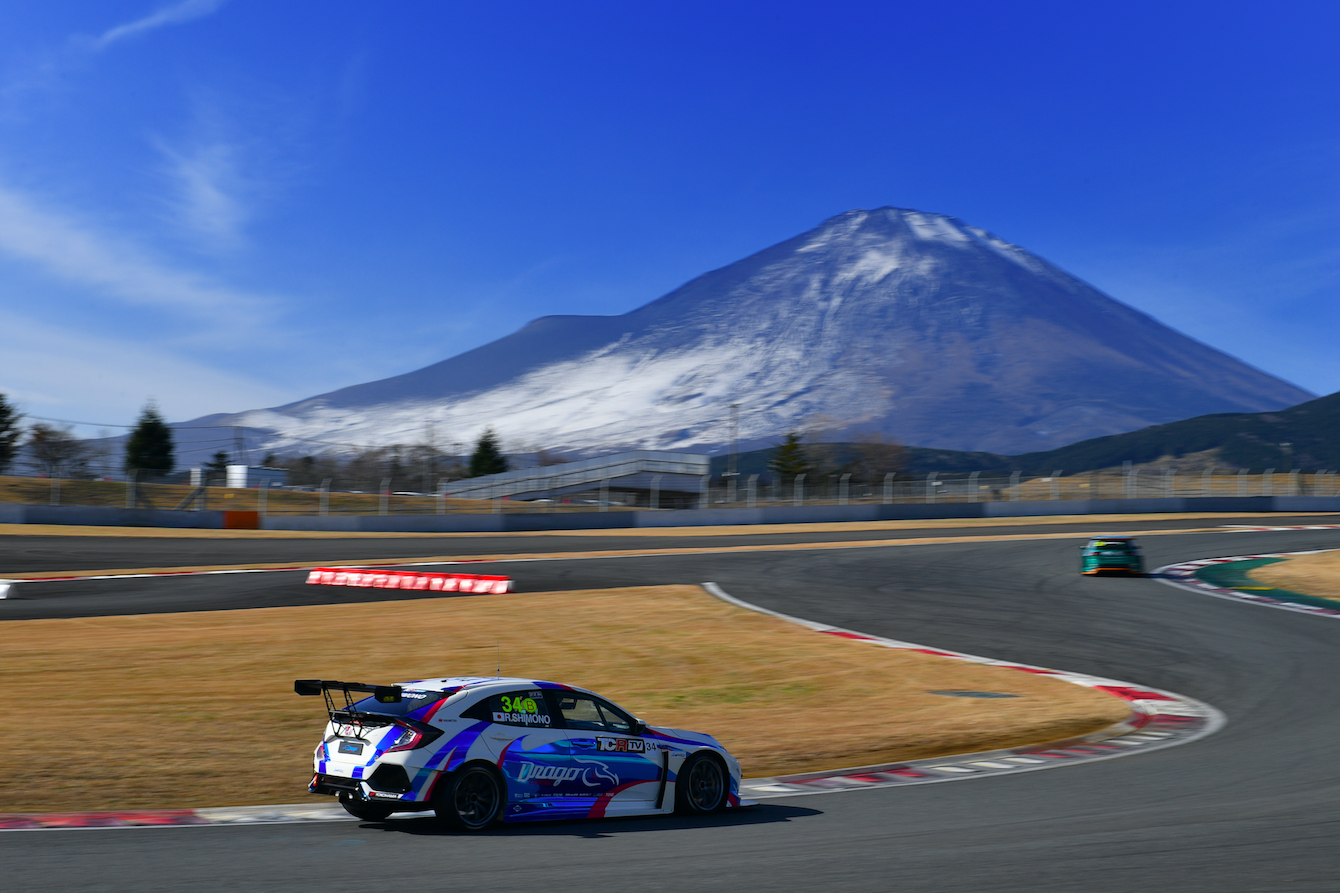 Rio Shimono claimed the final title of 2020 for the Honda Civic Type R TCR with a perfectly-judged run at the TCR Japan season finale at Fuji.

Fourth place in class in Race One was enough to secure the Saturday Series Bronze title for the Drago Corse driver by just a single point.

It was the sixth title of the year for the JAS Motorsport-built Civic Type R TCR and the 37th crown for the car since its debut less than three years ago.

It is also the second year in a row that this title has been won by a Civic Type R TCR driver; Yukinori Taniguchi securing last year’s crown for KCMG.

One title already in the bag, Shimono - who became the first female to win a TCR Japan race outright at the previous round at Suzuka - started from the back of the grid in the season finale, but swiftly made up positions.

She finished third in bronze - just over one second away from the overall podium and right on the tail of fellow Civic driver, Resshu Shioya, of Zenyaku Kogyo by Team G/Motion.

Shioya had qualified second and third in class for the pair of races and ran strongly all weekend.

His results netted him third place both the Bronze Saturday and Sunday Series standings, with Shimono second in the Sunday points to add to her Saturday title.

Drago and G/Motion - both of whom are single-car teams - finished fourth and fifth in the overall entrants’ points.