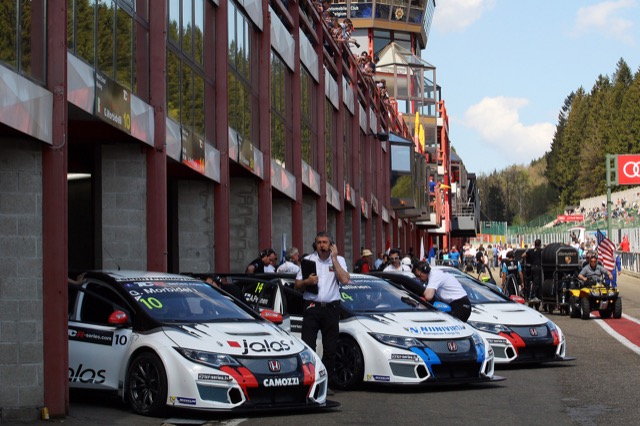 Kevin Gleason finally got out of the starting blocks and scored his first points of 2016 of the TCR International Series at Belgium’s historic and evocative Circuit de Spa-Francorchamps. Meanwhile Aku Pellinen rounded off a great weekend, following his stunning win in the first double-header with a fifth place. Gianni Morbidelli came together with another competitor and had to retire his JAS Civic TCR. He had salvaged fifth in the first round, but this was an overall disappointing weekend for the erstwhile series leader.

Rounds 7 and 8 of the 2016 TCR International Series will be held at Autodromo Enzo e Dino Ferrari in Italy in two weeks' time (21-22 May).