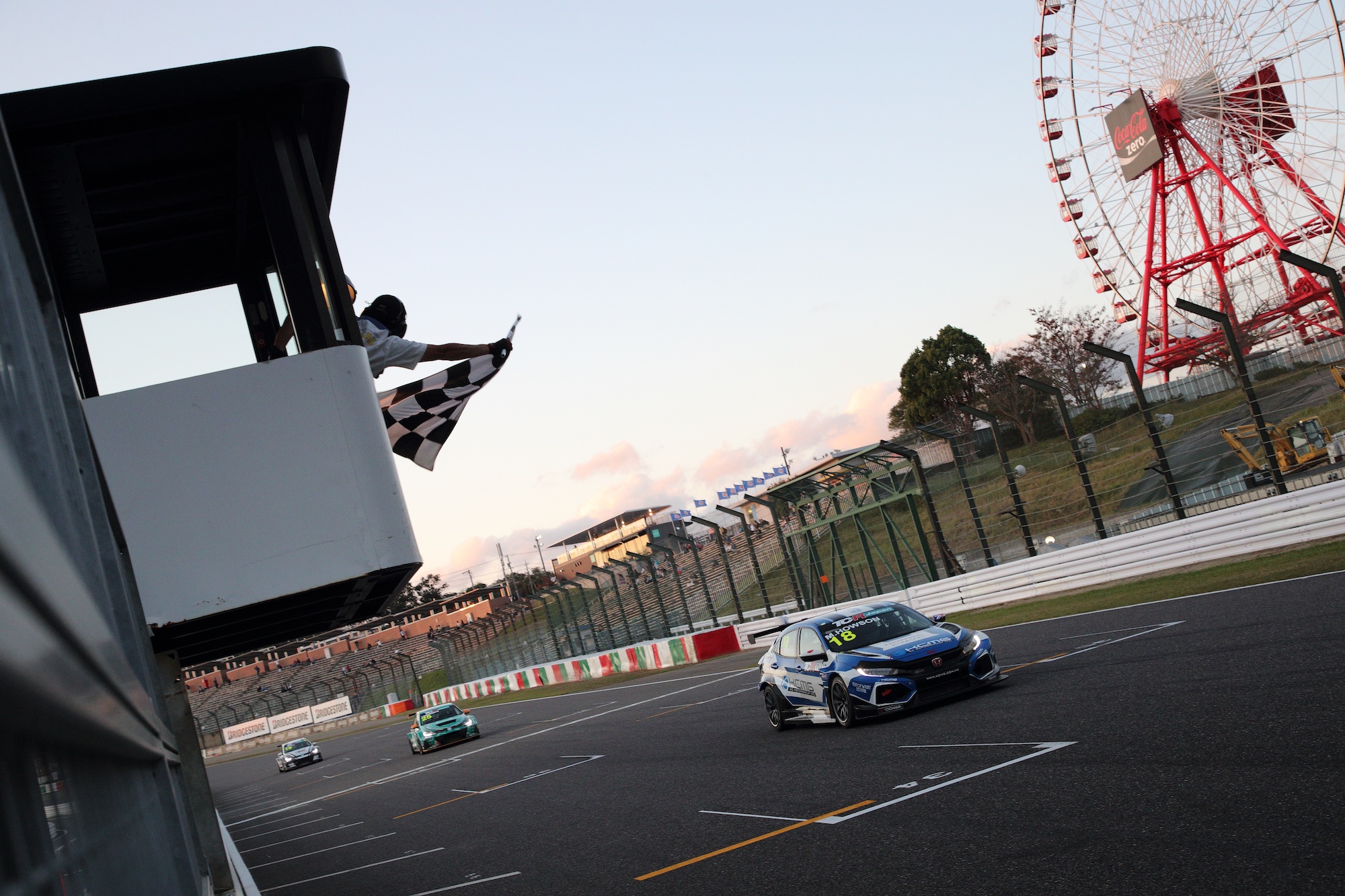 The Honda Civic Type R TCR claimed an astonishing six major titles on an extraordinary weekend of success for the JAS Motorsport-built car in Asia and Europe.

KCMG were central to this success as they took four of them with Matt Howson landing the big prize in TCR Japan with a final-race win at Suzuka.

The silverware began arriving in Race One with Howson becoming Saturday Series Champion by finishing second behind Team Goh Models’ Yu Kanamaru in a one-two for the Civic, and team-mate Yukinori Taniguchi claiming the Gentleman’s Cup crown.

But it was in the Sunday Series race – held unusually on a Saturday – where the drama unfolded.

Kanamaru, who swept into the lead at the start, was on course to give Team Goh Models the Entrants’ crown – which is scored by combining the Saturday and Sunday series points – when he was spun out by his main rival with just two laps remaining.

That rival, who won on the road, was immediately penalised for the offence. This promoted Howson to the race win, which was enough not only to give KCMG the Entrants’ title, but also make the Civic Type R TCR the Model of the Year.

Team-mate Paul Ip qualified a career-best fifth for Race One while G/Motion’s Resshu Shioya was on the podium in the Gentleman’s Cup and finished in the top five overall for the first time in the finale.

KCMG also had caused to celebrate in the WTCR – FIA World Touring Car Cup as Tiago Monteiro scored his first series pole position and podium finish as he finished third in the opening race at Suzuka and achieved his best weekend points haul of the season.

It was ALL-INKL.COM Munnich Motorsport’s Esteban Guerrieri who was happiest though as he achieved the highest score of anybody and claimed his third win of the year to move back into the points lead.

His second-place finish in Race Three gave him a six-point championship advantage while three points finishes for team-mate Nestor Girolami moved Munnich to within four points of the lead of the Teams’ standings.

KCMG’s Attila Tassi scored a best result of 18th, despite showing much better pace than that, while wildcard team-mate Jim Ka To made his WTCR debut.

Dongfeng Honda Racing Team, who are run by the MacPro Racing Team, gave Honda the TCR China Manufacturers’ title for a second straight season in the first of two races at the brand-new Zhouzou circuit.

Second place for Britain’s Daniel Loyd, third for Martin Xie and fourth for Andre Couto put the destiny of that title beyond doubt and freed up Lloyd to fight for the Drivers’ title in Sunday’s season finale.

Lloyd won the race, but agonisingly missed out on the crown by just two points, while DHRT were second in the Teams’ Championship. Xie was again third in the race.

ALM Motorsports secured the TCR Iberico Teams’ title – the 11th major crown for the Civic Type R TCR in 2019 – at Portimao as young Estonian Robin Vaks claimed his first win in the series.

That victory for Vaks – in Race One – moved him into the series lead for the first time, but contact from an opponent at the start of Race Two left him unable to climb higher than fourth, which left him second in the standings.

Team-mate Mattias Vahtel was second in both races and finished the season third overall. 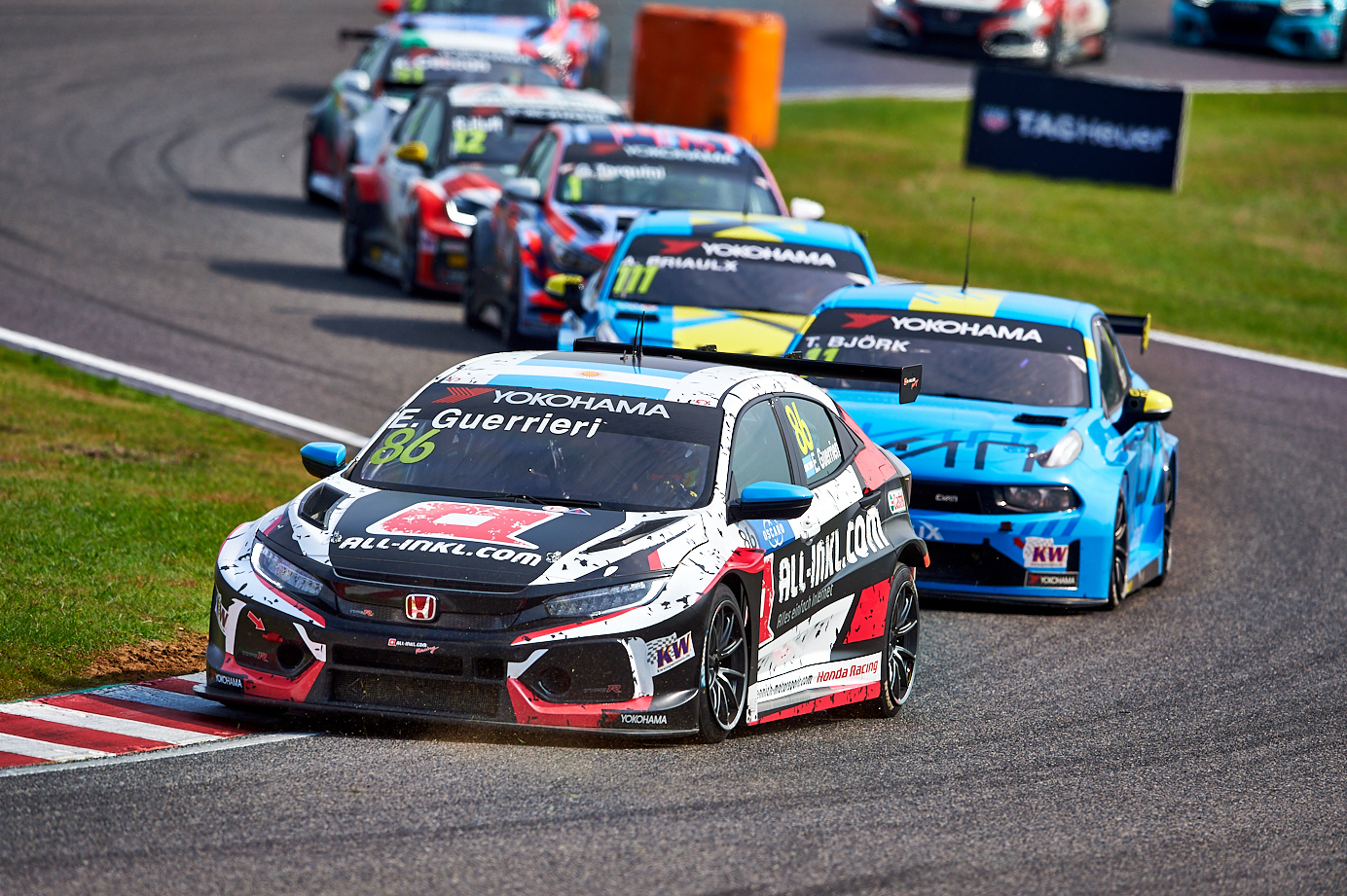