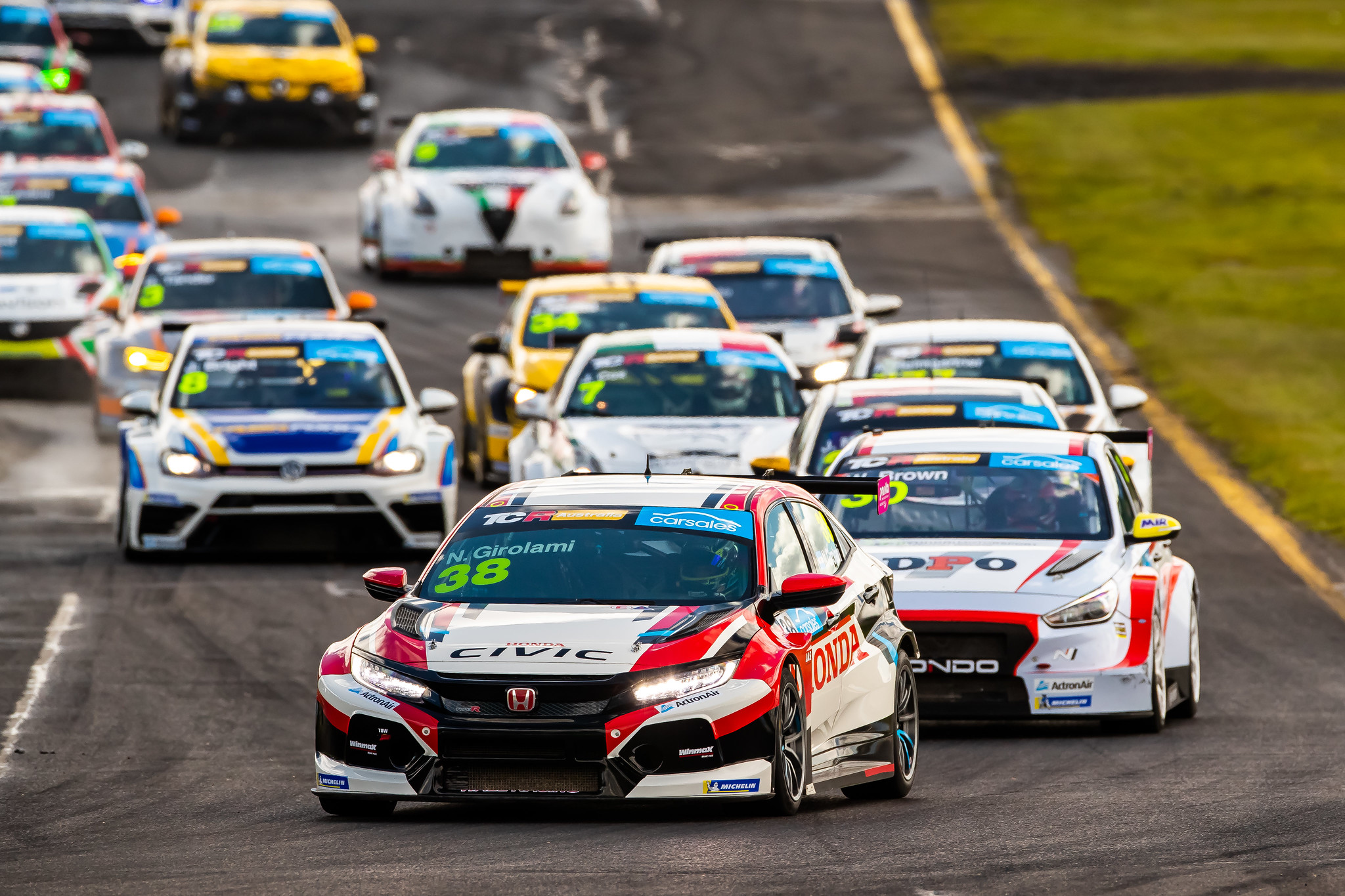 Girolami, a regular Civic Type R TCR driver in the WTCR - FIA World Touring Car Cup, was making a one-off outing with Wall Racing in TCR Australia, and mastered the Sandown circuit as he was fastest in both practice sessions and qualifying.

On a damp track, he drove to an unopposed victory on Saturday with slick tyres on the front and wets on the rear, and was able to add two further wins on Sunday to become the series' first triple-winner.

Team-mate John Martin finished fifth in Race One, but suffered broken steering in Race Two when hit by a rival while lying third, and did not start the finale.

His misfortune helped Tony D'Alberto rise to fourth, and he added third spot in Race Three to maintain third in the points.

Girolami's car had been driven by Jordan Michels two rounds previously at Queensland Raceway and the Kiwi made a superb start to New Zealand's South Island Endurance Championship at the world's southernmost permanent racetrack, Teretonga.

Michels put his Team Williams Racing machine on pole position in Class B for the one-hour race and dominated the category to win by a lap and claim an early series lead.

Victor Gonzalez Jr streaked to a magnificent second win of the TC America series in a wet race at Road America on Sunday.

After the race started behind the safety car, the VGMC driver hit the front on the second lap under green-flag conditions, built a 15-second lead and was able to back-off to conserve his tyres after the rain stopped to win by over five seconds.

On Saturday he recovered from an opening-lap spin to finish third; his results combining to move him up to fourth in the standings with a round to go.

Daniel Lloyd took his second TCR Europe victory of the season with a superbly-judged drive under intense pressure at Barcelona.

Starting from pole position on Race Two's partially-reversed grid, the Brutal Fish Racing driver's result - added to eighth place the previous day - moved him up to ninth in the Drivers' standings.

Tom Coronel scored double points for Boutsen Ginion Racing with eighth and sixth spots; his Saturday result also a TCR Benelux podium that promoted him to eighth in the standings, while Lloyd's team-mate Martin Ryba achieved a best result of 18th and PSS Racing Team's Viktor Davidovski recovered from first-lap contact to finish 22nd in Race One.

Running within the TCR Europe field were competitors from TCR Iberico. ALM Motorsport remain on top of the Teams' Championship thanks to a pair of second-place finishes for Robin Vaks, who just missed out on a Europe point in 17th in Race One.

Team-mate Mattias Vahtel was an innocent victim in a startline incident in Race One, but recovered to the pits and was able to climb to third once his car had been repaired. He did not finish Race Two.

The Coppa Italia Turismo moved on to Vallelunga for its penultimate round with MM Motorsport fielding two cars for Alessio Aiello – driving solo unusually – and Luigi Bamonte.

Aiello qualified third among the non-DSG TCR machines and finished both races in the same position. Bamonte was fifth in class and sixth in Race One, but improved considerably on Sunday to claim fourth spot. 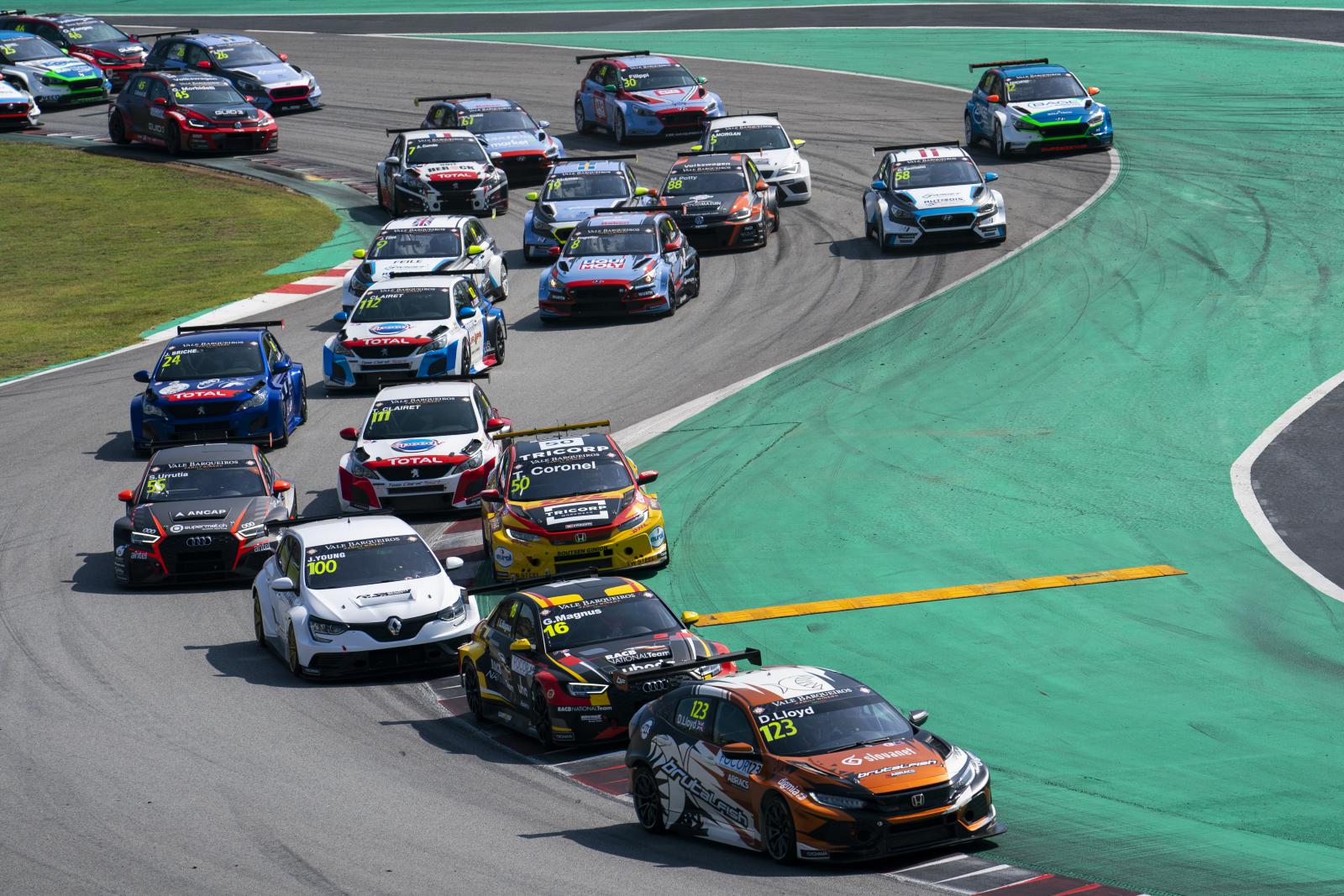