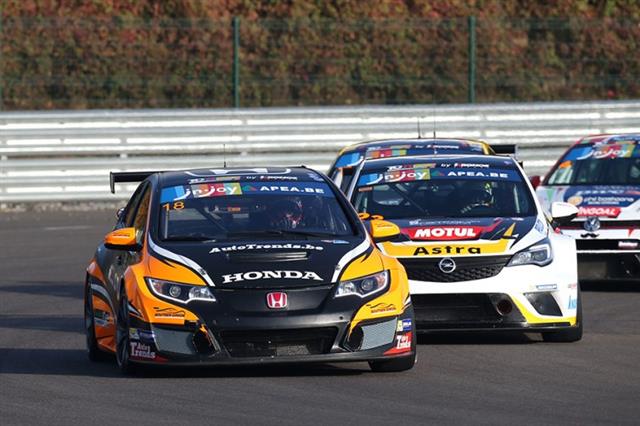 JAS-built Civics took yet another championship title over the weekend in what has turned into a very successful 2016. Stéphane Lémeret was crowned winner of the TCR Benelux Series at Mettet with one sprint race still to go.

Lemeret was once again paired up with WTCC star Norbert Michelisz as his co-driver and the pairing was again fruitful. The duo claimed the initial long race with a lights-to-flag victory to extend an already healthy lead over the nearest championship rival.

Lemeret then went on to finish a close runner-up in the first two sprint races to his rival, before Michelisz took over in the driving seat and secured another lights to flag victory in race 3, sealing the title for Lemeret. To put an emphasis on the win Michelisz then scored another emphatic victory on the final race of the year.

Out of five races at this meeting, JAS-prepared Hondas took four victories and sealed the series title!

Meanwhile in the TCR Italy series, Aku Pellinen drove his JAS-built Honda to victory in the first of two races at Monza, while Zou Si Rui took the super 1600 win in the Chinese Touring Car Championship in his JAS-prepared Civic. Teammate Martin Xie continues to lead that championship.