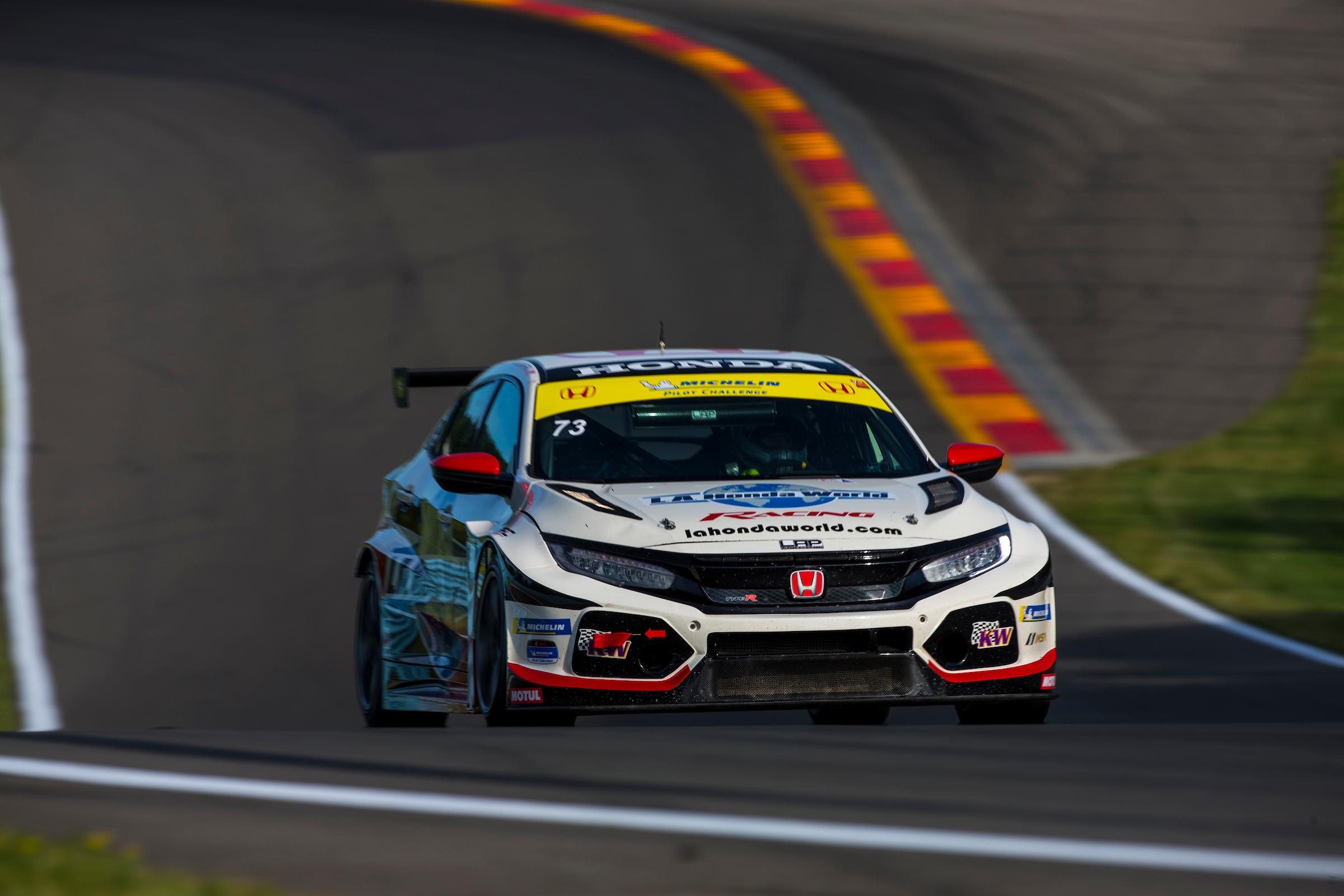 Having crashed at the final corner with just 35 minutes of the four-hour race to go as rain began to fall, Mat Pombo fell to the tail of the lead lap as he regained the field with minimal damage, and remained on slick tyres while most of his class rivals pitted for wets.

With the rain stopping shortly afterwards, Pombo drove magnificently to chase down a 30-second deficit and seize the lead with four minutes to go in his LAP Motorsport-run car.

It was the first victory of the year for Pombo and co-driver Mike LaMarra and the third in four races for the JAS Motorsport-built Civic.

The remaining four Civics all suffered front-left punctures during the race, LA Honda World's Colin Mullan and HART's Chad Gilsinger both crashing out at the Carousel as a result and Atlanta Speedwerks’ Todd Lamb falling from fourth to seventh.

Shelby Blackstock started last as a puncture on Friday prevented him setting a qualifying time, but he climbed to sixth by the mid-race driver changes and co-driver Tom O'Gorman progressed to second before he suffered another tyre deflation.

Recovering to third with a similar slick-tyre gamble to his team-mate, he ran out of fuel on the last lap and coasted home in fifth.

The M&S Racing driver seized the initiative at the penultimate corner of Sunday's final race to take his second TCR class win of the year, adding to the second place he'd achieved on Saturday.

Team-mate Tom Kwok finished seventh on Saturday before adding fifth on Sunday as part of a four-car train that disputed the TCR for the entirety of the 40-minute race.

Peeter Peek scored a pair of solid top-five finishes on his Baltic Touring Car Championship return as the series moved on to the Estonian Grand Prix meeting at Parnu.

Home racer Peek, whose regular team-mates Robin Vaks and Mattias Vahtel were not competing, was taken off on the opening lap of Race One by a rival, but fought back from the tail of the field to finish fourth.

He added fifth place in Race Two to sit seventh in the points. 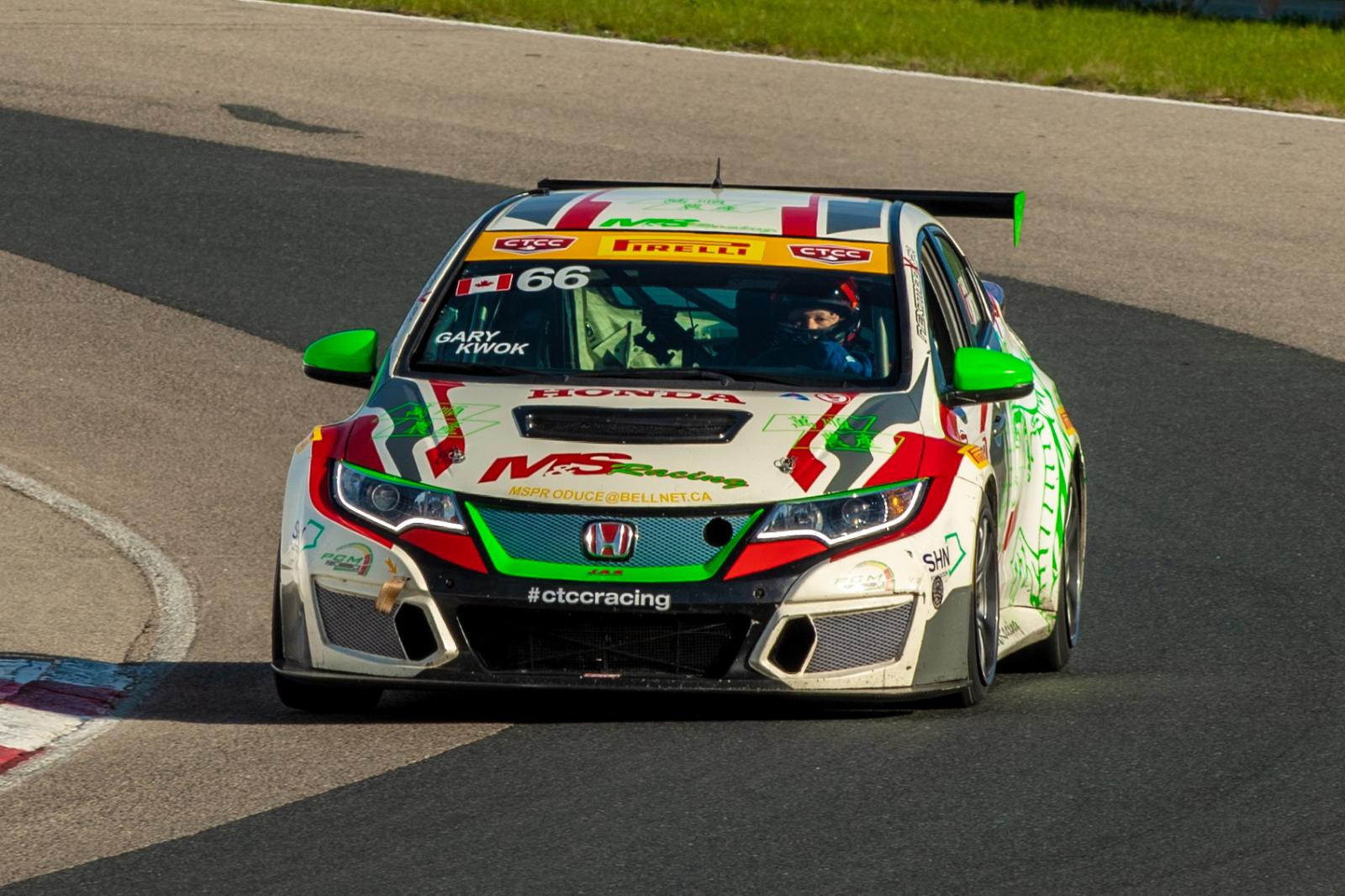