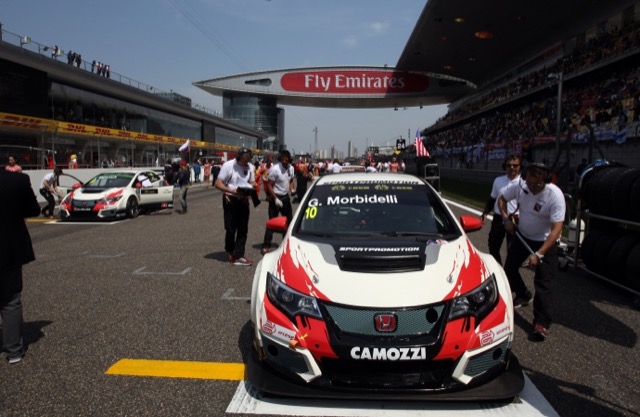 Gianni Morbidelli now has to pay the price for being the most successful driver in the last TCR race in Shanghai. Setting pole position, winning Race 1 and claiming third place in Race 2 brought the Italian a booty of 45 points. However, this will result in 30 kilos of success ballast that Morbidelli has to carry on board his WestCoast Racing JAS Honda Civic TCR during the next event of the TCR International Series that takes place at Valencia’s Circuit Ricardo Tormo this weekend.

After its first ever events took place in the Far East, within the Formula 1 Grands Prix of Malaysia and China, the TCR International Series faces its European debut this upcoming weekend in Spain.

Unlike Sepang and Shanghai, where the event format was adjusted to fit in the Formula 1 schedule, the TCR International Series will adopt its standard two-day timetable in Valencia.

The two races will then take place on Sunday, over a distance of 60 kilometres, with the first race scheduled for 12:35 PM. All times are GMT +2.