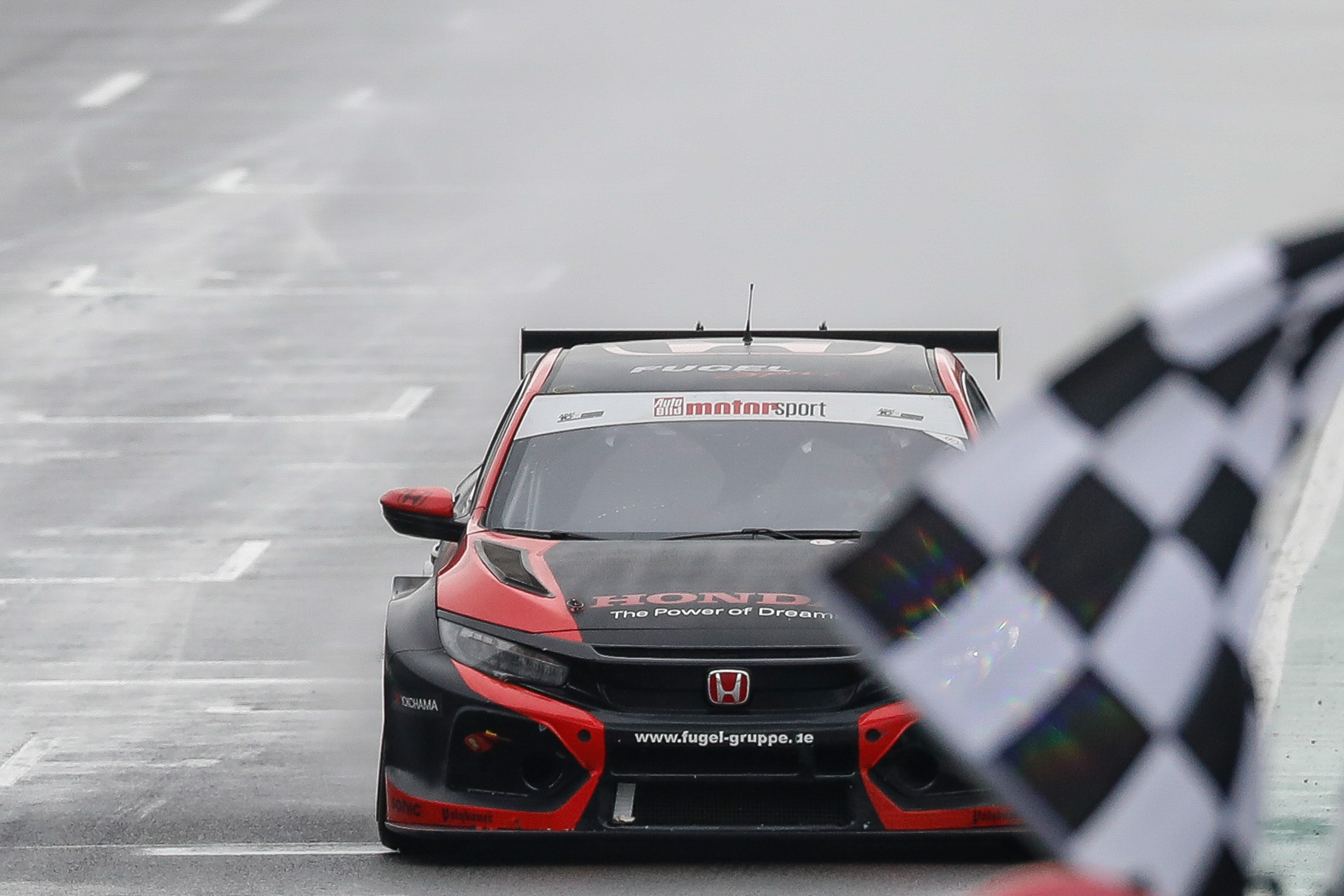 Honda Civic Type R TCR driver Dominik Fugel won the latest round of the TCR Germany Championship to take the title fight down to the series finale next weekend.

Drivers of the JAS Motorsport-built car also remain in the title hunt in both the WTCR - FIA World Touring Car Cup and Japan's Super Taikyu Series following the weekend's results.

Fugel mastered the conditions at a wet Lausitz, taking just half a lap to squeeze his Fugel Sport-run Honda ADAC Sachsen car into the lead and then running away to a three-second victory.

His third win of the year came after a frustrating opener in which he finished ninth. He is third in the points with just next weekend's Oschersleben season finale to come while Honda ADAC Sachsen are third in the Teams' standings.

Albert Legukto had his best-ever weekend in the series, the Legutko Racing driver twice winning the Junior Challenge section in his older FK2 Civic and scoring a career-best third place overall in Race One.

Marcel Fugel retained the lead of the Junior standings despite a frustrating weekend in which he was punted out of Race One by one rival and then forced off the track by another in Race Two; ingesting debris through his air intake and losing laps and positions.

Floral Racing with Uematsu maintained their push for the ST-TCR title with a hard-fought second-place finish at Okayama, Japan, in their Civic Type R TCR.

Kawabata began the final stint of the race 35 seconds behind the class leader and carved huge chunks out of the gap, eventually finishing less than five seconds behind; a result that maintains their 100 per cent podium record in 2020 and keeps them firmly in the title hunt.

Ryan Eversley and Taylor Hagler scored their third top-five finish in the past four IMPC races with a solid drive to fourth place in the IMPC at Laguna Seca, USA for LA Honda World Racing.

Hagler made a strong start from seventh on the grid to move into the top six, but with IMSA's Balance of Performance heavily favouring another make of car, fourth was the highest she and Eversley could manage.

Eversley and Hagler are, respectively, seventh and ninth in the Drivers' points with the LAP Motorsports-run LA Honda World operation seventh in the Teams' standings and Honda third in the Manufacturers' title fight.

Esteban Guerrieri will take the fight for the WTCR title down to the final round for a third straight season after three vital points-scoring results for ALL-INKL.COM Munnich Motorsport at Aragon, Spain.

Hamstrung by carrying the WTCR’s maximum 60kg compensation weight, the Argentinian knew the weekend would be one of damage limitation, and crucially - after qualifying 19th - moved up the order to score points in all three races.

Thirteenth, 10th and ninth-placed finishes mean he is 26 points from the series leader with 85 available from the finale.

Team-mate Nestor Girolami scored a best result of 10th in Race One and was lying seventh in Race Three when he was punted out of the race after a rival made a ridiculous attempt to pass from 10 car lengths back at the hairpin. 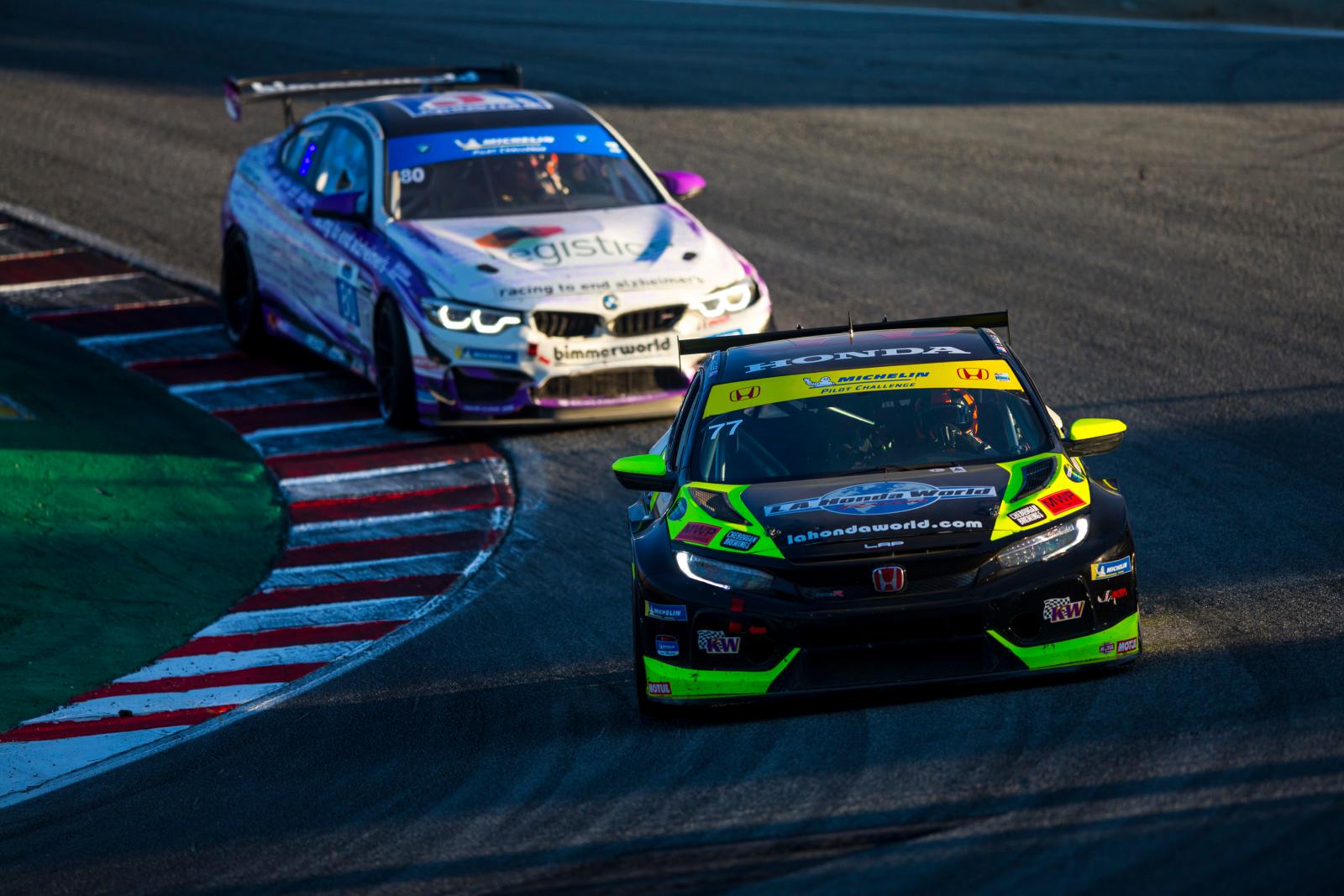