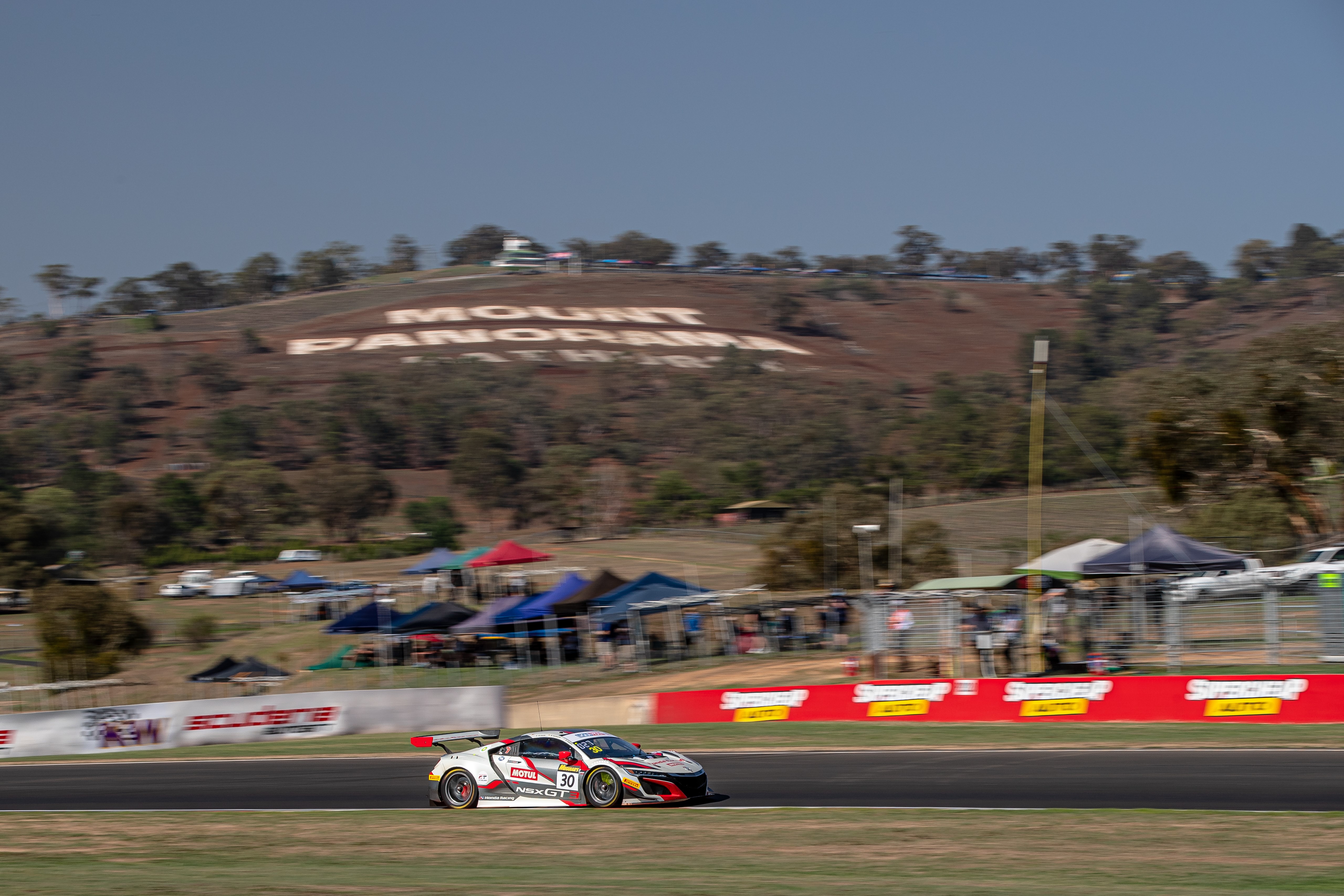 The first full Intercontinental GT Challenge campaign for the Honda NSX GT3 Evo kicked off at a dramatic Bathurst 12 Hour in which Team Honda Racing wowed the 43,000 spectators at the iconic Australian circuit.

While a technical issue prevented the three-driver crew of Renger van der Zande, Mario Farnbacher and Dane Cameron from reaching the finish, the trio proved the pace of the car and set a solid foundation for the rest of the season.

Dutchman Renger - the only Honda Racing driver with Bathurst experience - created the image many will remember from the event as he stopped his car during a qualifying lap to help another driver - who had just been involved in a major incident - extract himself from his vehicle.

Disadvantaged by numerous red flags during the two-stage qualifying, Renger put the JAS Motorsport-run NSX GT3 Evo 24th on the grid, but just 0.6 seconds away from reaching the top-10 shoot-out for pole position.

This achievement continued the upward trend of the car on a weekend where it began three seconds per lap slower than the pace-setters, but ended level-pegging it on outright pace.

An explosive opening lap, which took place before sunrise on Sunday morning, brought starting driver Dane up to 16th immediately, and the American IMSA champion continued to pass cars to sit 13th once the opening round of pitstops had been completed.

Within this charge came what was - at that point - the fastest lap of the race, seven tenths of a second quicker than the car had qualified and three tenths faster than anyone else managed during the first six hours.

An electrical issue forced Dane to make an unscheduled pitstop midway through the second hour. It was traced to a loose wire connector and the car was sent on its way with Mario now at the wheel, but at a cost of four laps.

Over the next seven hours, Mario, Dane and Renger pulled back one of the lost laps and rose to 21st spot, when a further electrical issue caused the car's retirement on the Mount Panorama circuit's uphill section.

While not making the finish, the Bathurst 12 Hour provided useful data for the whole team and served yet more notice of the race pace of the NSX GT3 Evo, which won eight major championship titles in its first season of competition in 2019.

The Intercontinental GT Challenge continues with the 24 Hours of Spa - at which the NSX GT3 Evo finished sixth last year - on July 23-26.

Dane Cameron said: "Of course I'm disappointed to miss out on what was potentially a very strong result, but we showed great pace during the opening few stints and the NSX GT3 Evo was beautifully balanced. It's never easy to debut a car on a track as tough as this when the opposition have been here many times, but the team did a top job and I really enjoyed my laps around Mount Panorama. I hope we can come back next year, because we showed the car has the pace to win here and I know we can get a strong result, given the opportunity."

Alessandro Mariani, Team Principal, said: "Bathurst is one of the most challenging circuits in the world, so to come here for the first time with the NSX GT3 Evo, with two drivers and a team who have never been here, was always going to be tough. But we made strong progress through the sessions to move towards the front and in race conditions in the morning, I think the car was at its best. Renger's sportsmanship in qualifying was remarkable and his experience of this event was so useful to us as a team. Dane did a terrific job in the first stint and he proved that the car could do a competitive laptime in race trim. When we had the first issue, we were ahead of two of the cars that challenged for the podium, and our fastest lap was quicker than the car that won. The speed is there in race conditions, which gives me a lot of confidence for Spa." 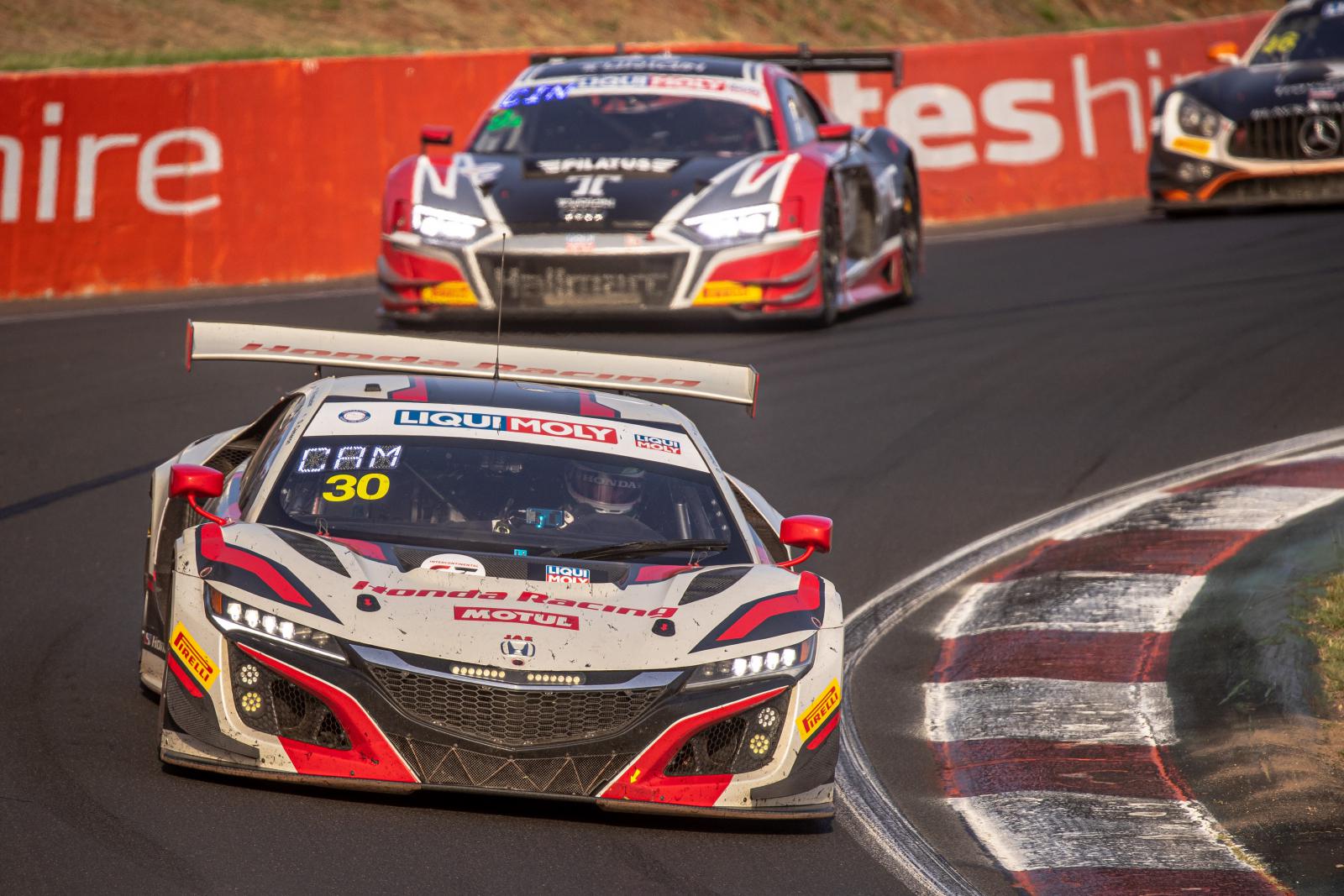