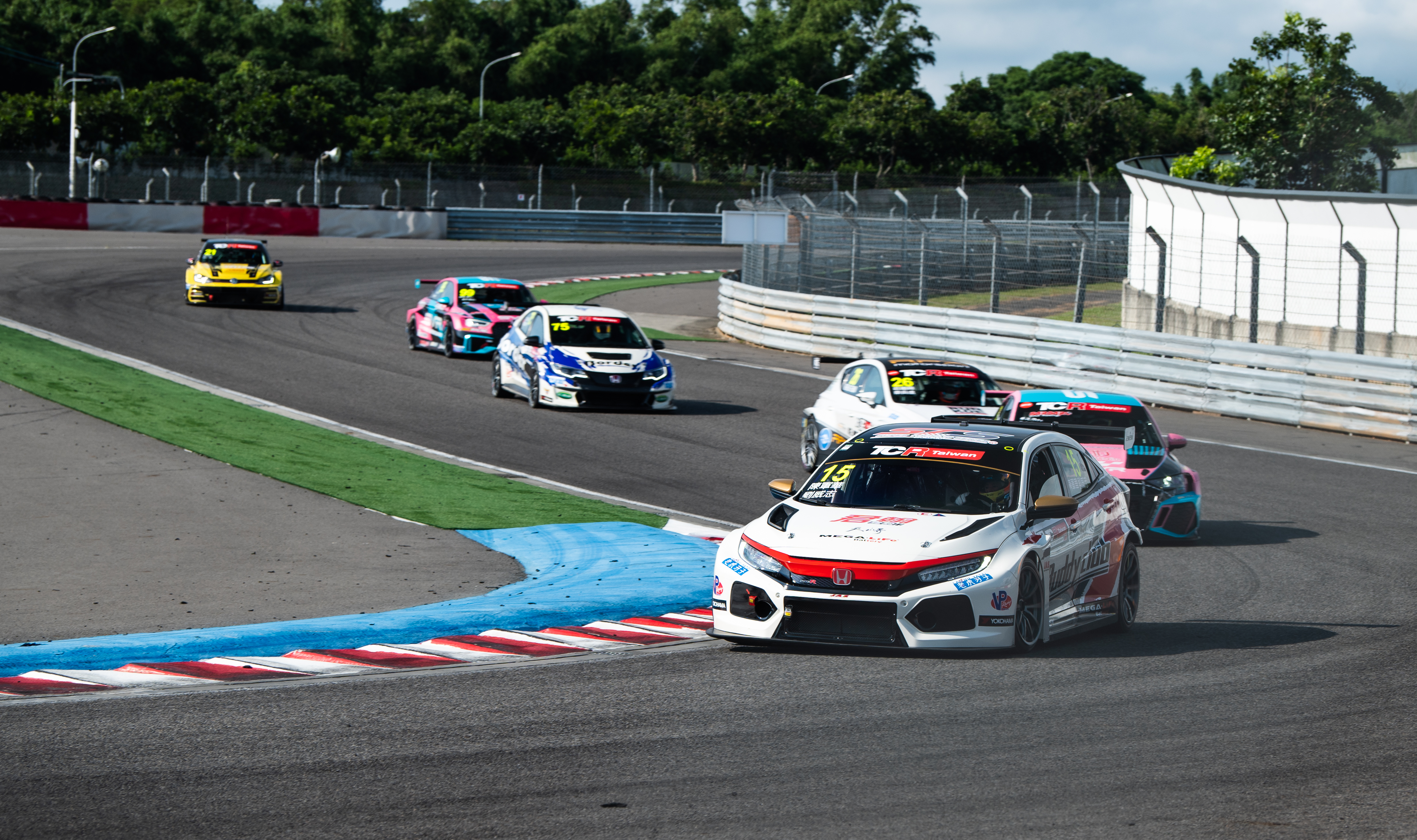 Three wins and another title for Civic Type R TCR

The Honda Civic Type R TCR scored its 70th major championship success during the weekend as FIST-Team AAI wrapped up the inaugural TCR Chinese Taipei title with a dominant performance.

With a double win in TCR Japan and a medal-winning position at the FIA Motorsport Games, it proved another ultra-successful weekend for the JAS Motorsport-built car.

FIST-Team AAI's Kevin Chen and Liu Weizhi scored their third win in four races to wrap up the title in dominant fashion.

The duo led an all-AAI front row in qualifying with Jeffrey Lee and Huang Xizhan alongside but held the lead at the start and simply had more speed than any of their rivals; Weizhi crossing the line more than 30 seconds clear to wrap up the championship.

Lee - who took over from Xizhan at the mid-race pitstops - easily held second until spinning on fluid being dropped by his own car with 10 minutes left. He stopped immediately afterwards once he noticed the issue.

His misfortune promoted the older FK2 Civic of Border Team duo You Yihao and Huang Jianye - who had started last - to a second-place finish. GO! Racing's Zhu Jiawe and Mayumi Sakagami were third in Class B while Carsman Racing's Luo Tianyi and Li Yuquan were also in action.

Anna Inotsume and Resshu Shioya made it a Honda domination as the season ended at Suzuka with a win apiece.

Inotsume dominated qualifying to take pole position for both races for Dome Racing Team and, after initially dropping behind the similar 55Moto Racing Civic of Mototino, regained the lead on the opening lap and romped to a confident second win of 2022.

Carrying 50kg success ballast, she was powerless to stop Shioya's Zenyaku Kogyo by G/Motion Racing Civic powering ahead as the lights went out on Sunday; her rival going on to take his first win of the year easily.

Inotsume's race was more incident-packed. She ran side-by-side with Mototino for several corners at the end of lap five and into lap six; Mototino losing the rear of his Civic at The Esses and taking himself and Inotsume off the track.

Fighting back, Inotsume was involved in further contact at the same turn next time round; this time running through the gravel and finishing fifth - a spot behind Mototino.

Mototino had been third in Race One while Shioya retired. Tadao Uematsu - making his series debut aboard F-Link Racing's Civic - was fifth and eighth. Inotsume secured the runner-up spot in both the Saturday and Sunday Series with Dome second in the Teams' points.

JAS Development Driver Jack Young secured a bronze medal for Team Ireland in the Touring Car contest at Paul Ricard after running in the top three positions in every weekend aboard his ALM Motorsport-run car.

Young started Sunday morning's qualifying race third and finished there too, despite a five-second penalty for exceeding track-limits, and he appeared to have gone one better in the afternoon's medal race, finishing second - just 1.1s off the win.

But another five-second penalty, this time for contact with another car as he made the key move for second spot - moved him down a spot to leave him one place ahead of the similarly ALM-run Civic of Argentina's impressive Ignacio Montenegro.

Team Hong Kong's Andy Yan - who qualified eighth, but was moved back to 11th for track-limit offences, was seventh in the final in his ALM-run car with Team UK's Chris Smiley one spot back in eighth.

Smiley, a week on from becoming TCR UK Champion, made excellent progress aboard his Restart Racing-run car, barely making the top-15 in practice, but coming through strongly as the weekend progressed. Norway's Didrik Esbjug was 13th in his Esbjug Motorsport-run car.

All five Civic Type R TRCs made the chequered flag in both the qualifying race and the medal race - a record unmatched by any other model. 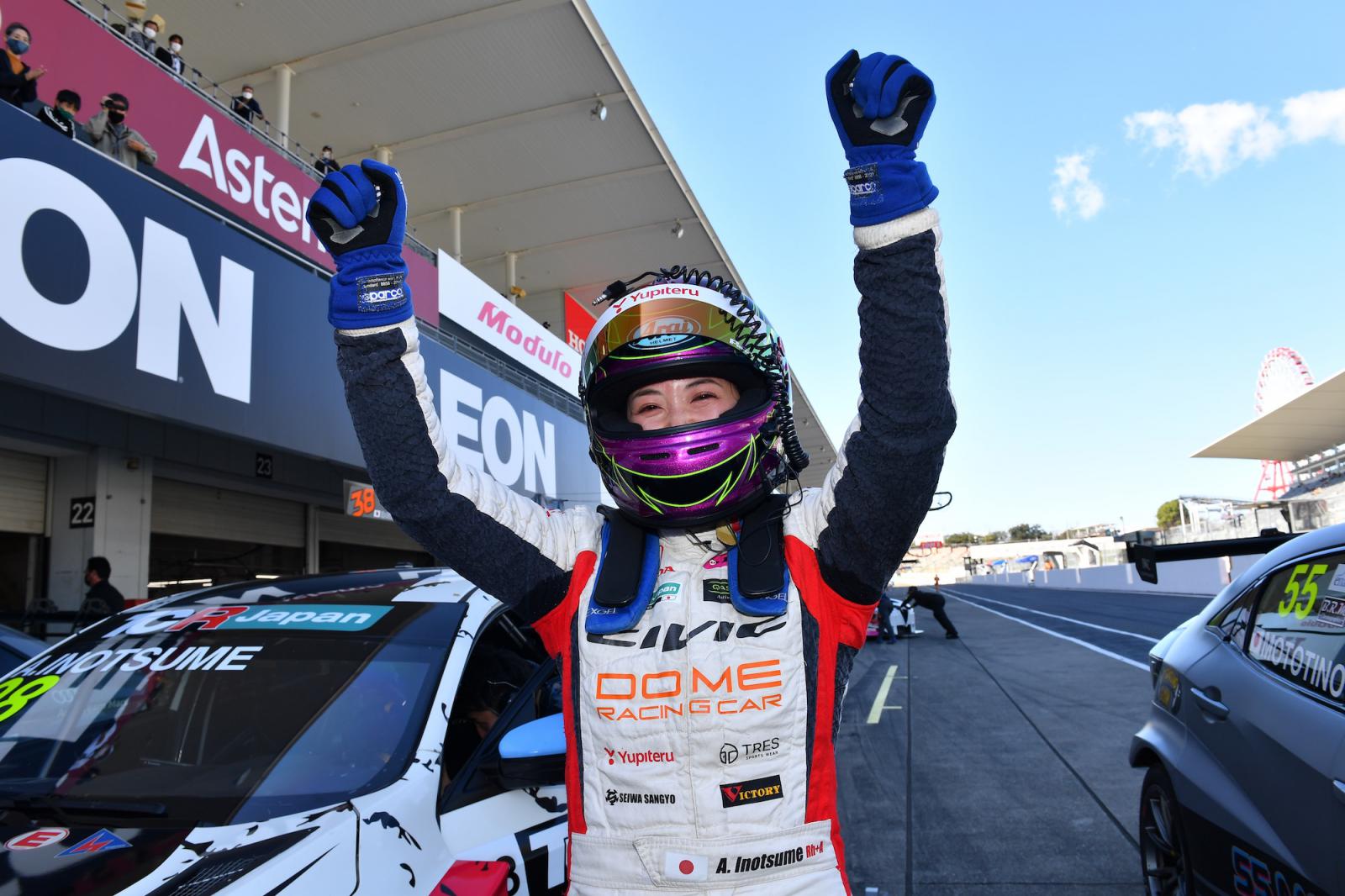