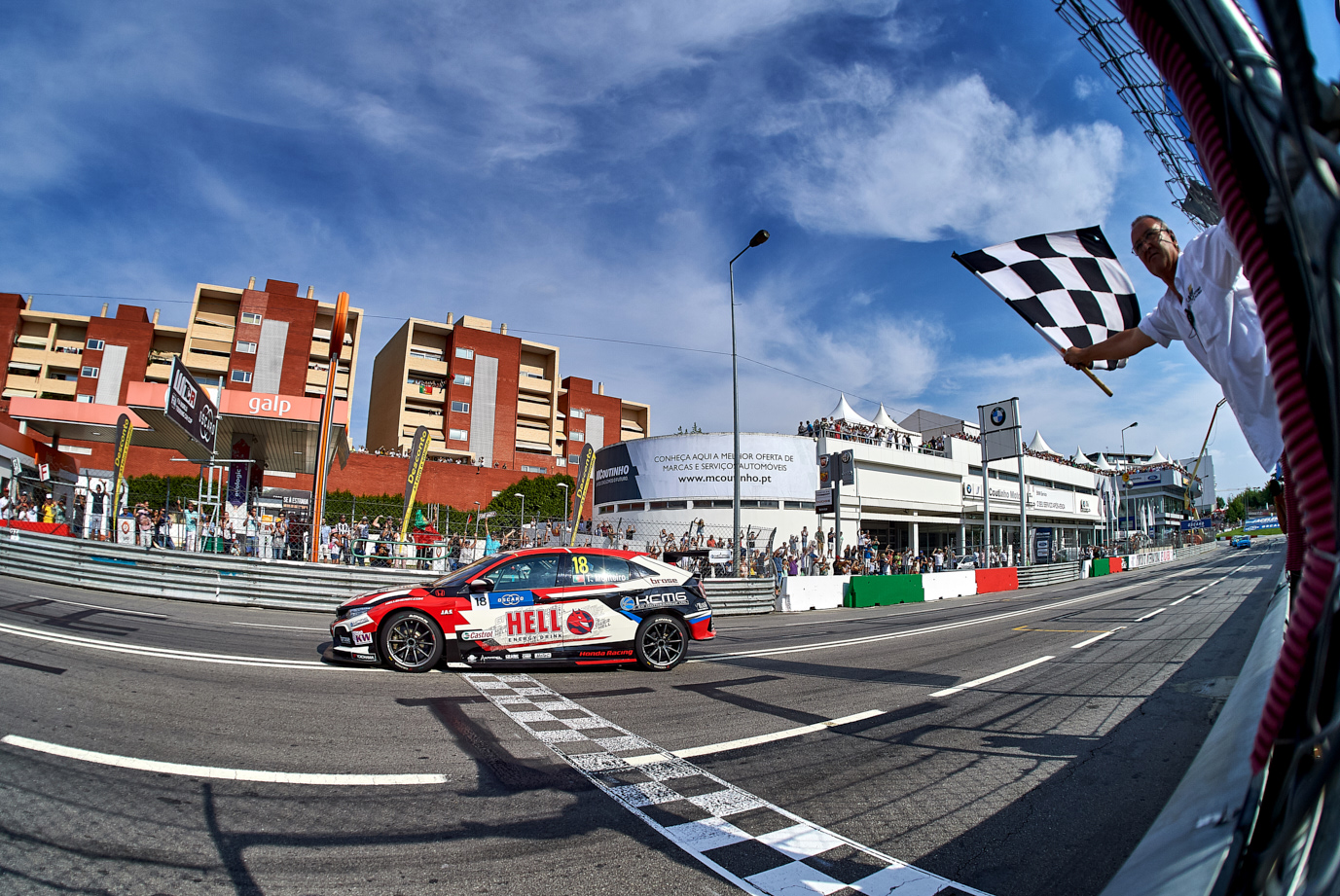 KCMG became the first Asian team to win a WTCR – FIA World Touring Car Cup race with a sensational drive by Tiago Monteiro on the streets of Vila Real.

The Portuguese started his home race from second place and overtook team-mate Attila Tassi – who had started from pole position for the first time - when the Hungarian's Honda Civic Type R TCR developed a sparkplug issue that led to his retirement.

It was the sixth WTCR win of the year for the JAS Motorsport-built car; the KCMG versions of which had taken a double points finish in 10th and 11th on Race Two's partially-reversed grid.

Esteban Guerrieri’s third place in Race Two allowed the Argentinian to maintain his lead in the Drivers' Championship, and for ALL-INKL.COM Munnich Motorsport to stay on top in the Teams’ title race. Team-mate Bebu Girolami had a best finish of sixth.

Colin Mullan and Max Faulkner took their best finish of the season with a fine second place in the IMSA Michelin Pilot Challenge at Mosport, Canada.

With their regular LA Honda World Racing car unavailable due to the damage sustained as a result of their puncture-induced crash last week, the pair had borrowed the Watkins Glen-winning car of Mat Pombo/Mike LaMarra and drove well all weekend.

It was the fifth podium in as many races for cars run by the LAP Motorsports team and helped lift them into title contention, just 19 points off the series lead.

Team-mates Shelby Blackstock and Tom O'Gorman were early retirees due to a technical issue, but retain the championship lead while LA Honda World Racing continue to head the Teams' points.

Atlanta Speedwerks duo Todd Lamb/Brian Henderson suffered a suspension issue at the end of final practice, causing them to miss qualifying and start 14th and last. They staged a brilliant recovery to fourth.

HART’s reigning World Challenge TCR Champion Ryan Eversley never even had a chance to race as co-driver was run off the road by a reckless rival early on and suffered race-ending damage.

Robin Vaks was on-course for victory in Race One when he was hit from behind on the penultimate lap and pitched into a barrier, but did limp home in third spot. He added second place in Race Two.

Team-mate Mattias Vahtel was second and fourth to lie third in the Drivers' points; one place behind Vaks.

After qualifying on pole position, Lloyd twice finished second, but was stripped of one result when his car, which is run by the MacPro Racing Team, failed a ride-height examination.

Team-mate Martin Xie was promoted to third as a result while newcomer Zou Si Rui was fifth and sixth in the two races to ensure DHRT, which is run by MacPro Racing Team, retained second in the Teams' Championship.

Mads Fischer, JAS Motorsport TCR Project Leader, said: "It's been an incredible weekend in the WTCR, especially for Tiago Monteirio - a member of the JAS family since late 2012 - who has come back to winning since his major accident in 2017. I'm just sorry for Attila, who scored a fantastic pole position and did not deserve to lose the chance of a first win like this. The performance this weekend a real testament to both the KCMG and Munnich teams, who are working together and sharing data now in a bid to make sure a Civic Type R TCR driver wins the title. We've seen strong performances around the world on what's been an extremely good weekend for JAS cars." 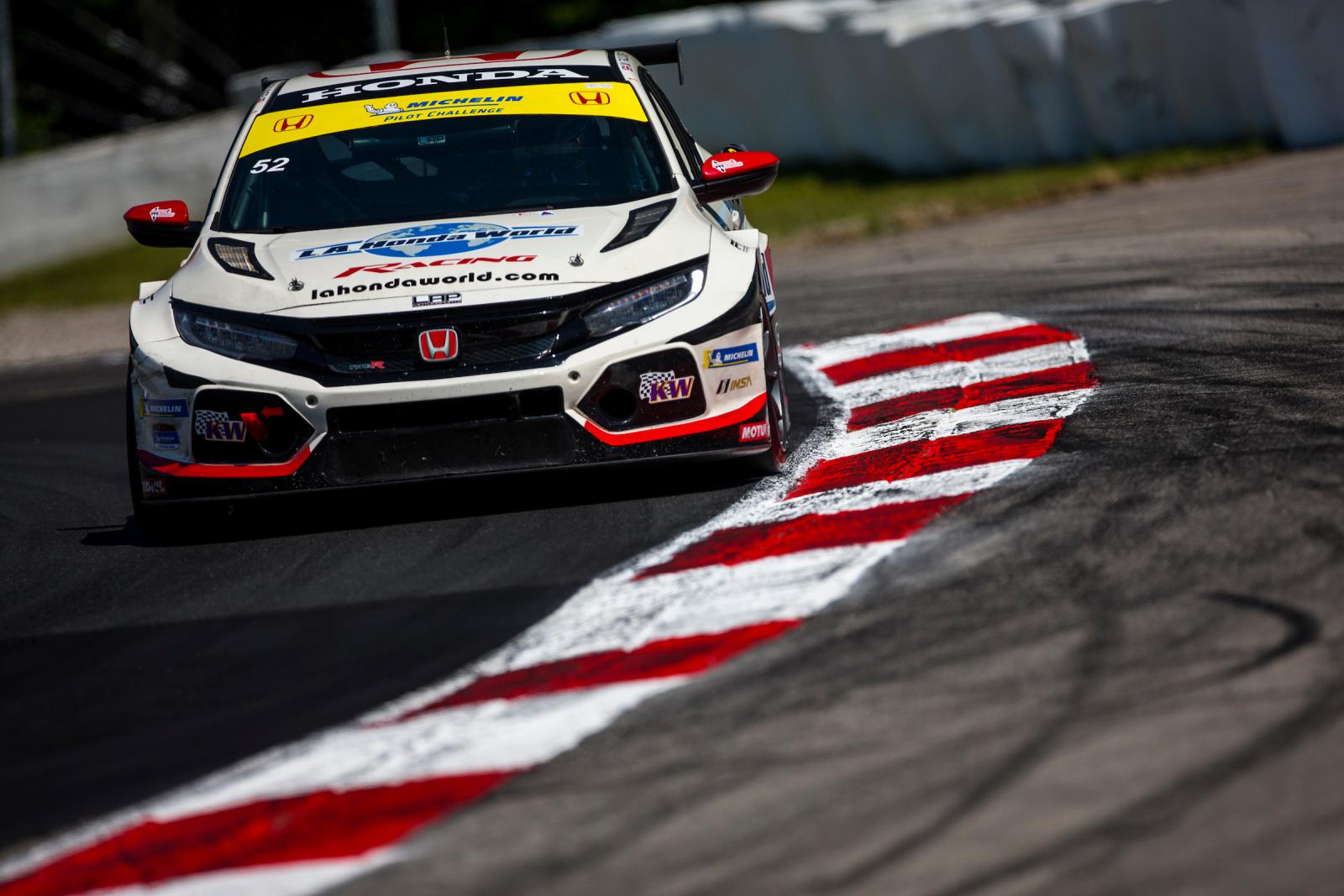