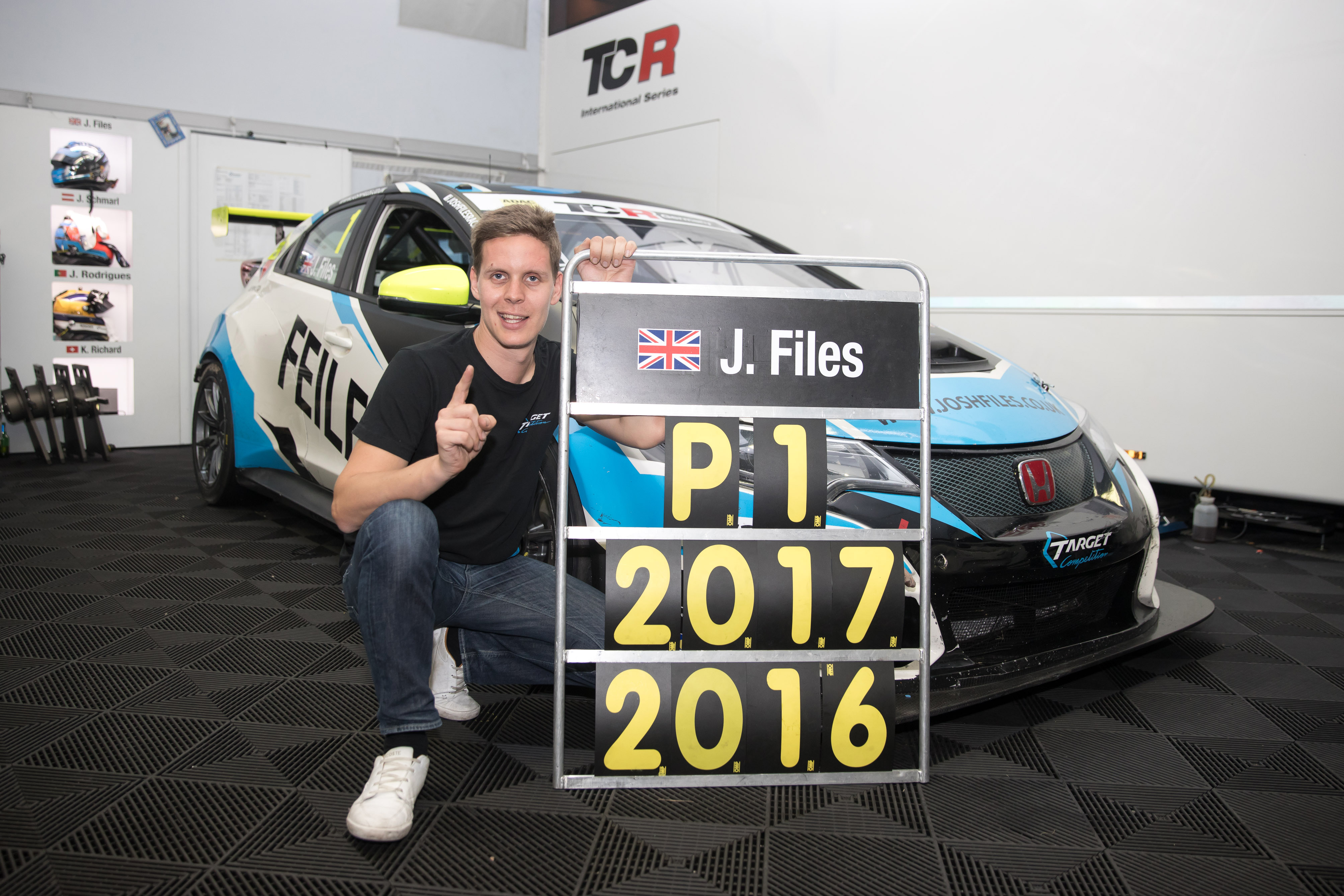 Josh Files secured a second straight TCR Germany title with 10th place in the first of two races at the season finale at Hockenheim on Saturday.

The British driver then added a sixth victory of the season on Sunday while his team, Target Competition UK-SUI, were crowned Teams’ Champions thanks to the combined efforts of Files and team-mate Kris Richard.

Steve Kirsch started and finished third in Race One while his team-mate Moritz Oestreich was leading Race Two for the Fugel Sport-run Honda Team ADAC Sachsen before a jump-start penalty relegated him to 12th.

FIA ETCC regulars Rikli Motorsport made their series debut with a single Civic for Swiss driver Rudolf Rhyn. He finished 17th in Race One.

Chariya Nuya was also celebrating as the Billionaire Boy Racing driver became champion of TCR Thailand’s ‘Am’ division with a double class win at Buriram.

He superbly took an outright victory in a wet Race Two while TBN MK ihear Racing’s Nattachak Hanjitkasem was third in class – and fourth overall – in both races to seal third place in the points table.

Benjamin Lessennes leads the TCR Benelux points table with one round to go after a double victory at Mettet in Belgium.

Starting last in the lone Boutsen Ginion Honda in each of his Sprint Races on Sunday morning, Lemeret fought back to finish fifth and third.

Taking over the car for the two afternoon Sprint Races, Lessennes superbly won twice – also from the back of the grid – and increase the team’s wins tally to eight for the season. His Race Four victory came by just 0.014s.

Lessennes also leads the Junior Trophy while Honda are at the head of the Cars' title race.

TCR Italy moved on to its penultimate round at Vallelunga with MM Motorsport’s Davide Nardilli qualifying a superb third for Race One and then finishing a career-best second. Team-mate Alberto Viberti, making his first appearance of the season, finished fifth and sixth.

MM’s third driver, Eric Scalvini, started both races from the back of the grid after missing qualifying. He superbly climbed to fifth in Race One, only for an unfortunate penalty for causing a collision to relegate him to ninth.

Scalvini spun out of fourth place later in the race after sustaining a left-rear puncture, meaning he lies second in the Drivers’ Championship with just the Monza finale in October to come.

Mads Fischer, JAS Motorsport TCR Project Leader, said: “To win titles in two different championships on the same weekend is incredible and we must congratulate Josh Files, Target Competition, Chariya Nuya and Billionaire Boy Racing. They have all done a fantastic job and deserve this. We have also seen terrific performances from Boutsen Ginion Racing and MM Motorsport in TCR Benelux and TCR Italy. This success shows the strength of the JAS Honda Civic Type R TCR, which has now won titles in three series in 2017, despite the effect of the Balance of Performance being keenly felt by the Honda.” 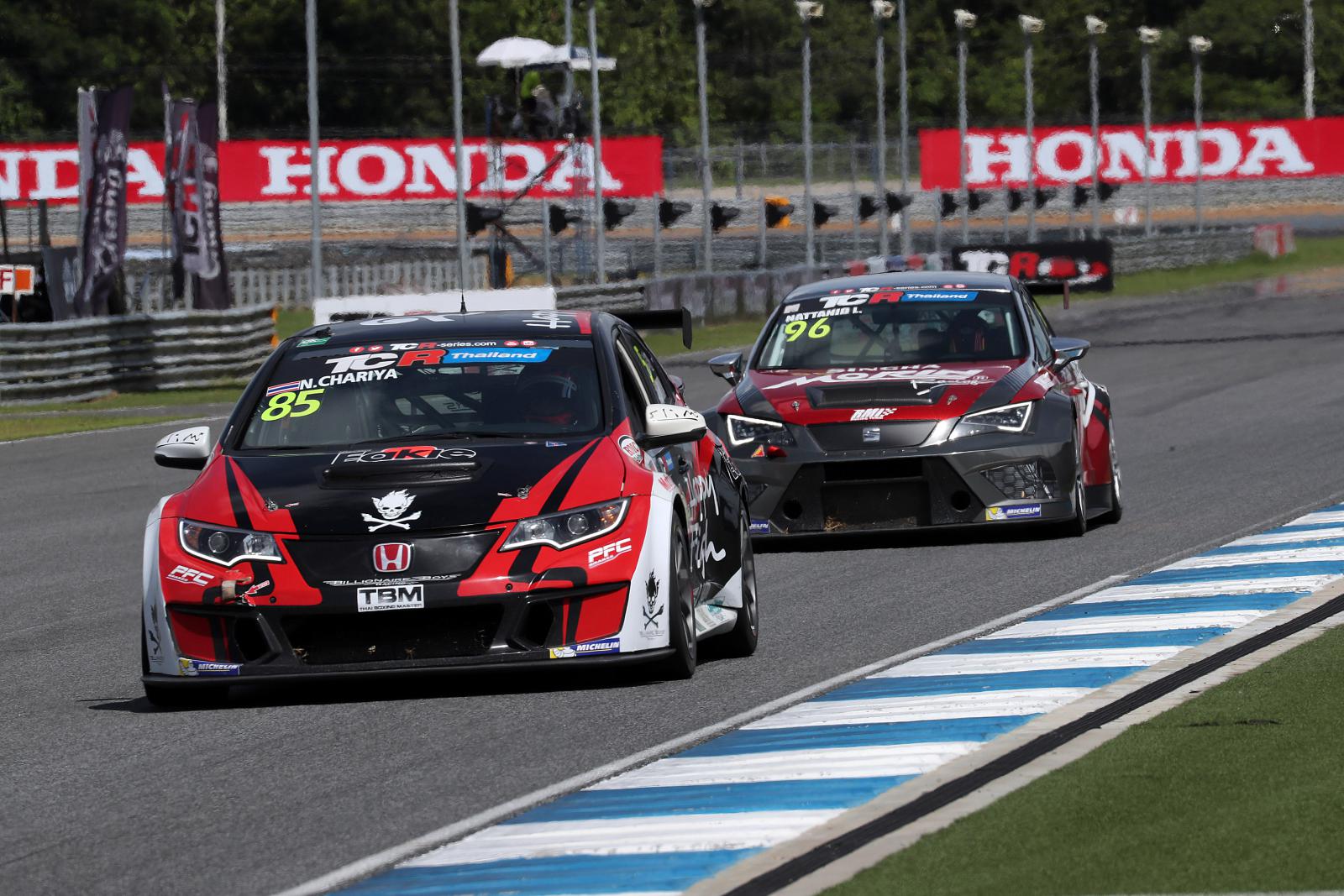