Team Honda Racing ensured that the NSX GT3 Evo battled through one of the toughest-ever 24 Hours of Spa events to finish in a top-10 spot for a second straight season.

The three-driver crew of Renger van der Zande, Dane Cameron and Mario Farnbacher finished ninth at the end of a gruelling twice-around-the-clock enduro to pick up more valuable Intercontinental GT Challenge points at the Belgian circuit.

The event started brightly with the Honda trio about a second off the pace in practice, but with around 30 cars separated by that margin, giving notice of how closely-matched the pro contenders would be.

Focusing on race set-up, the JAS Motorsport-run team still managed to set the NSX GT3 Evo's best-ever qualifying position at Spa in 28th, but the race would be a very much better story.

By the time each member of the driving trio had completed their opening 65-minute stint, the NSX had climbed to 17th spot and seemed to have the pace to climb further, as it led several times during the pitstop cycles.

Rain in the 12th hour proved crucial. Van der Zande stayed out longer than most on slick tyres in the belief that the shower would be short.

It wasn't and the combination of a minute lost at this stage, plus the mandatory five-minute 'technical' pitstop soon after put the car a lap down.

And that was where it stayed as full-course-yellow and safety-car periods continually came at times when getting back onto the lead lap through strategy was impossible.

Running in the lower reaches of the top 10 for the rest of the race, the trio survived torrential storm-like conditions during the final four hours to finish ninth.

That result for the lone NSX GT3 in the race means Honda are now fifth in the IGTC points with just the season-ending Kyalami 9-Hour race to come while van der Zande, Farnbacher and Cameron are seventh in the Drivers' points.

One of four crews to carry the heaviest 100kg weight handicap following their podium last time out, the pair were powerless to race their NSX GT3 Evo any higher than seventh; a result that lifted them to third in the points with two rounds left.

By the time he'd climbed aboard, two penalties already served by the car limited him to a lapped 27th place.

UPGARAGE pair Kosuke Matsuura and Takashi Kobayashi had performed brilliantly to qualify a season's-best fourth, but a suspension issue put them out of the race after just four laps. 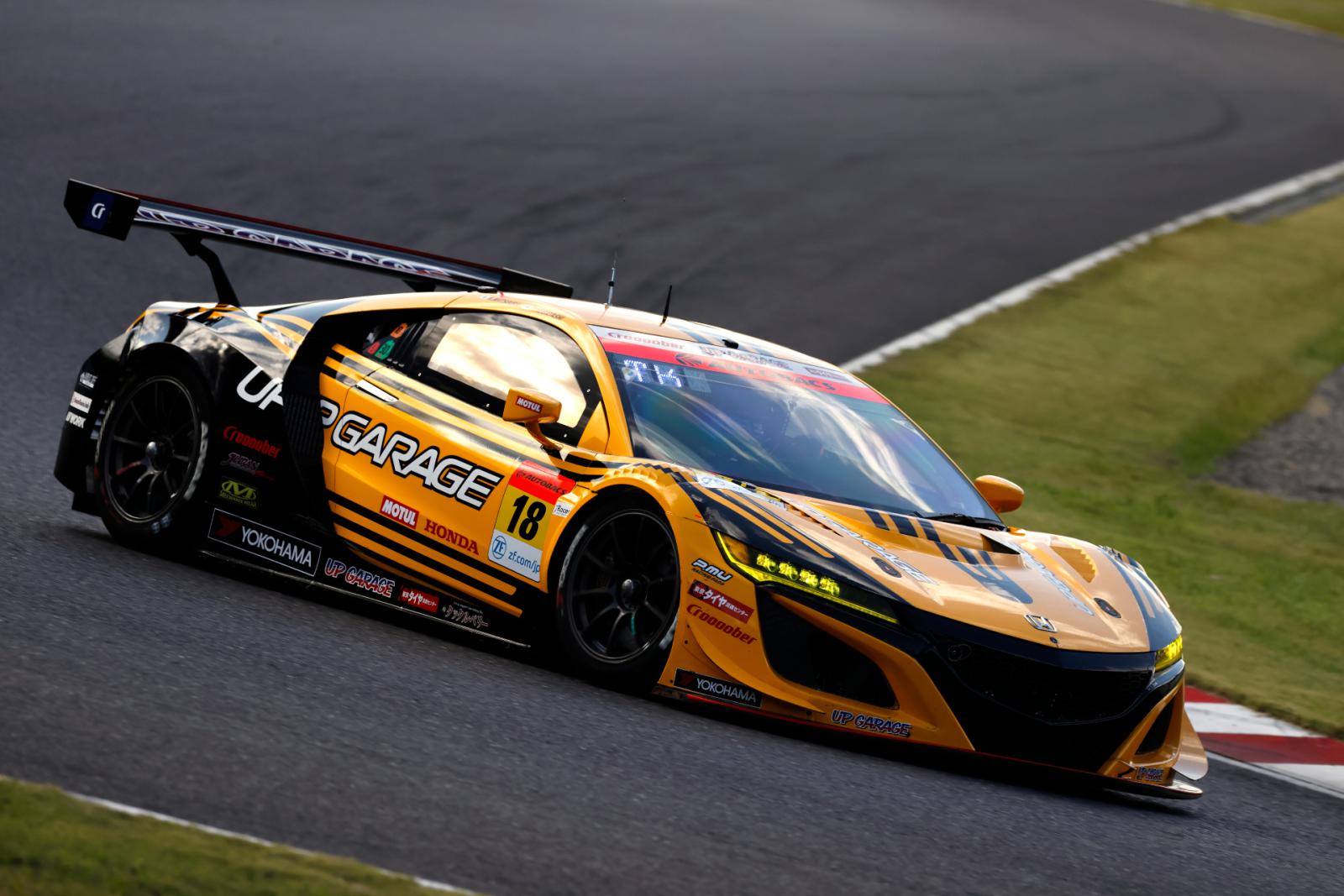