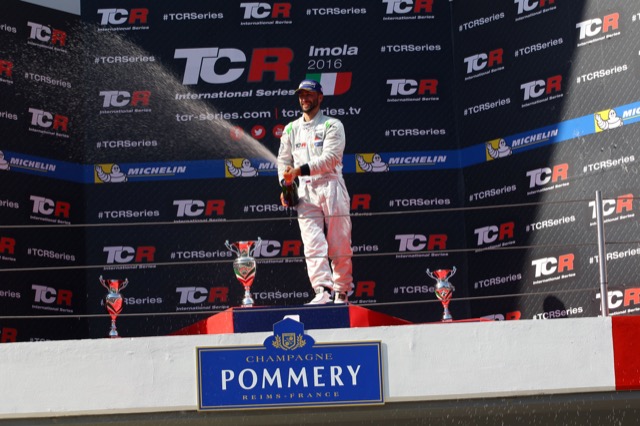 Wins in Italy, Belgium and China

JAS Motorsport-prepared cars achieved success in three different championships over the weekend, with a headline win for Mikhail Grachev on round 8 of the TCR International Series.

At the iconic Imola circuit in Italy Grachev, who was a last minute signing to the West Coast Racing Civic TCR team, made a great start from second place, quickly passing and pulling away to record a great maiden win.

While team leader Gianni Morbidelli set a sizzling qualifying time to take pole position placing for the first race of the weekend, he was unfortunate to retire with technical problems while he was leading Race 1.

Meanwhile in Belgium, WTCC star Tiago Monteiro was a visiting driver for the Boutsen Ginion Racing team and took his Civic TCR from fourth on the grid to a clear win in race one of a series at Spa-Francorchamps.

Local star Stéphane Lémeret, sharing the car with Monteiro for the weekend, had previously won the qualifying race.

Lémeret was then to feature in race three of the day's series, finishing second to Renaud Kuppens in another Civic TCR entered by the Boutsen Ginion Racing team.

Rounding off a highly successful weekend in the TCR Benelux series, Kuppens was also declared winner of a rain-shortened final race of the day, once again with Lémeret finishing runner-up.

Half a world away in China, the opening round of the Chinese Touring Car Championship was taking place in Nanjing with the debut of the new Honda Civic FC. In the second of two Super Cup 1.6T races Martin Xie was victorious celebrating the debut of the Dongfeng Racing car.