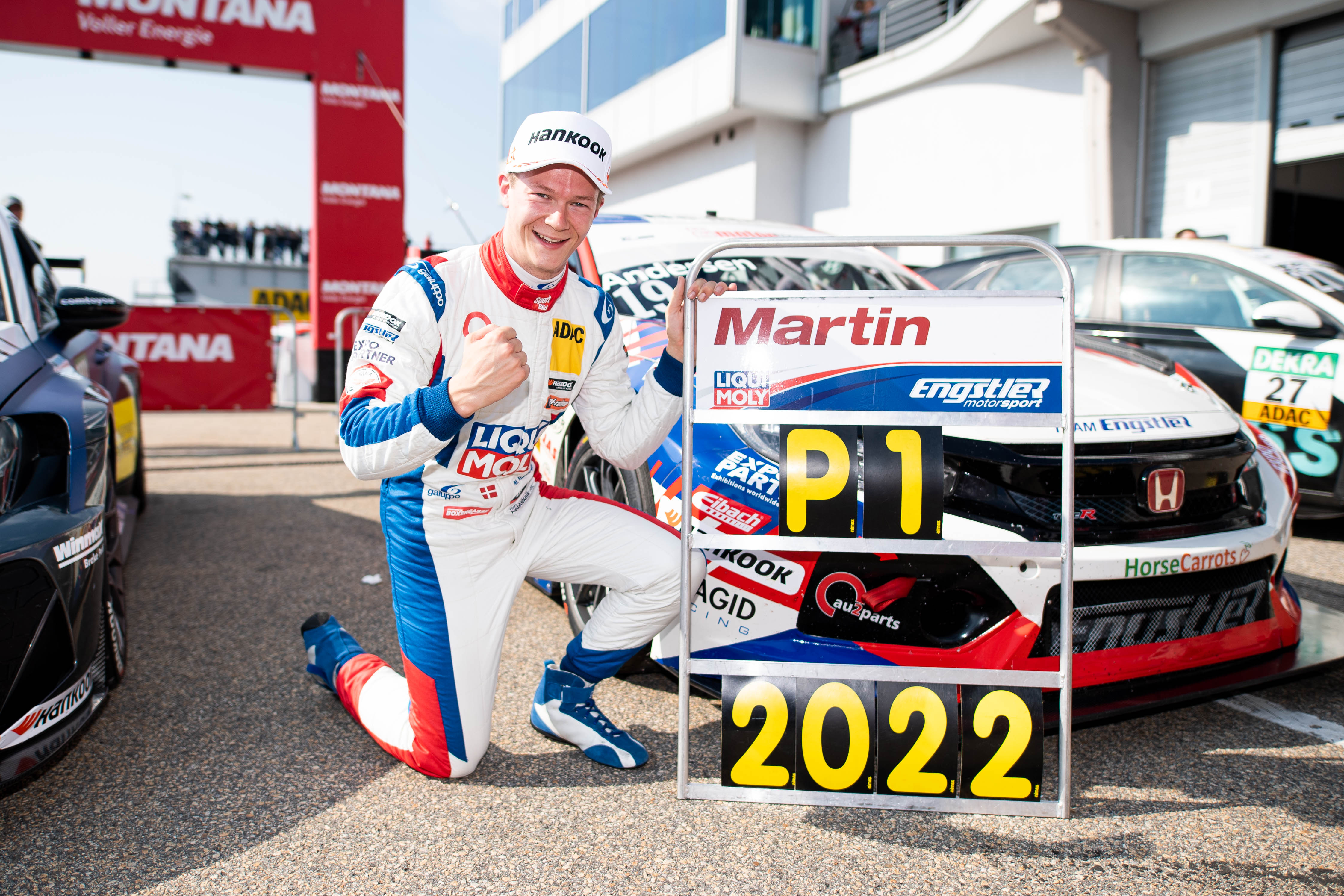 Danish ace Andersen took a pair of pole positions at the Sachsenring and the Liqui Moly Team Engstler driver dominated both races to make it six wins in a row and seven for the season; his Race Two victory securing the championship.

Also celebrating success was team-mate Roland Hertner, who claimed the Trophy title in bizarre circumstances after a crash near the end of Race One caused a red flag and a result to be declared after the last full completed lap.

As he had been leading the class at this point, he was awarded the victory. The title was confirmed on Sunday, despite his car being too badly damaged to take part in Race Two.

It was the 10th major crown to be won by the JAS Motorsport-built Honda Civic Type R TCR in 2022 and the 65th in total.

Szymon Ladniak - in the third car - qualified on Junior Cup pole for Race One and finished second and third in the class in the two races, meaning he still leads the standings with one weekend to go with Engstler also ahead in the Teams' title race.

Sven Karuse dominated the last round of the series at Bikernieki, Latvia; the ALM Motorsports driver beginning in storming fashion by taking pole position in a new qualifying lap record on Sunday.

Later the same day he controlled both races from the front of the field; leading all the way in both encounters to claim the team's first two TCR wins of the year.

Twenty-four hours earlier, the ALM team scored a podium finish in the six-hour race at Bikernieki, having started the race from pole position in TCR thanks to a superb effort in qualifying from Peeter Peek.

An off-track excursion for Antti Rammo while leading led to a lengthy pitstop while a driveshaft was replaced, but he, Peek and Sven Karuse recovered strongly to finish second - their best result of the year.

Mike Halder produced a superb drive to finish third in a wet opener at Monza for Halder Motorsport, having started 15th on the grid. He was 12th in a dry second race. Sister Michelle qualified a career-best fourth but spun out of Race One and finished 19th on Sunday.

Team-mate Driver Jack Young topped both practice sessions, but an engine-change penalty put him at the back of the grid for Race One; the JAS Development Driver rising to seventh before he was hit and spun by a rival and dropped again to the back.

A second charge - including a lap 1.4s faster than anybody else, brought him to 11th. He then went from 20th to seventh and was looking for a podium spot when a red flag brought an early end to the race on a weekend when he overtook 40 cars in total.

Series debutant Paolo Rocca was twice the runner-up in the Junior Trophy for MM Motorsport.

Mads Fischer, JAS Motorsport TCR Project Leader, said: "The 2022 season has already been fantastic for our customer teams in TCR with many championships won and hopefully more to come in the next month or two. Liqui Moly Team Engstler are one of our newest customers and we've been delighted not only to work with them, but to see them slot straight into life with JAS so seamlessly. Martin has done a fantastic job this year, driving with his head and coming out on top in the title battle and from all at JAS Motorsport we congratulate him and Engstler on their successes." 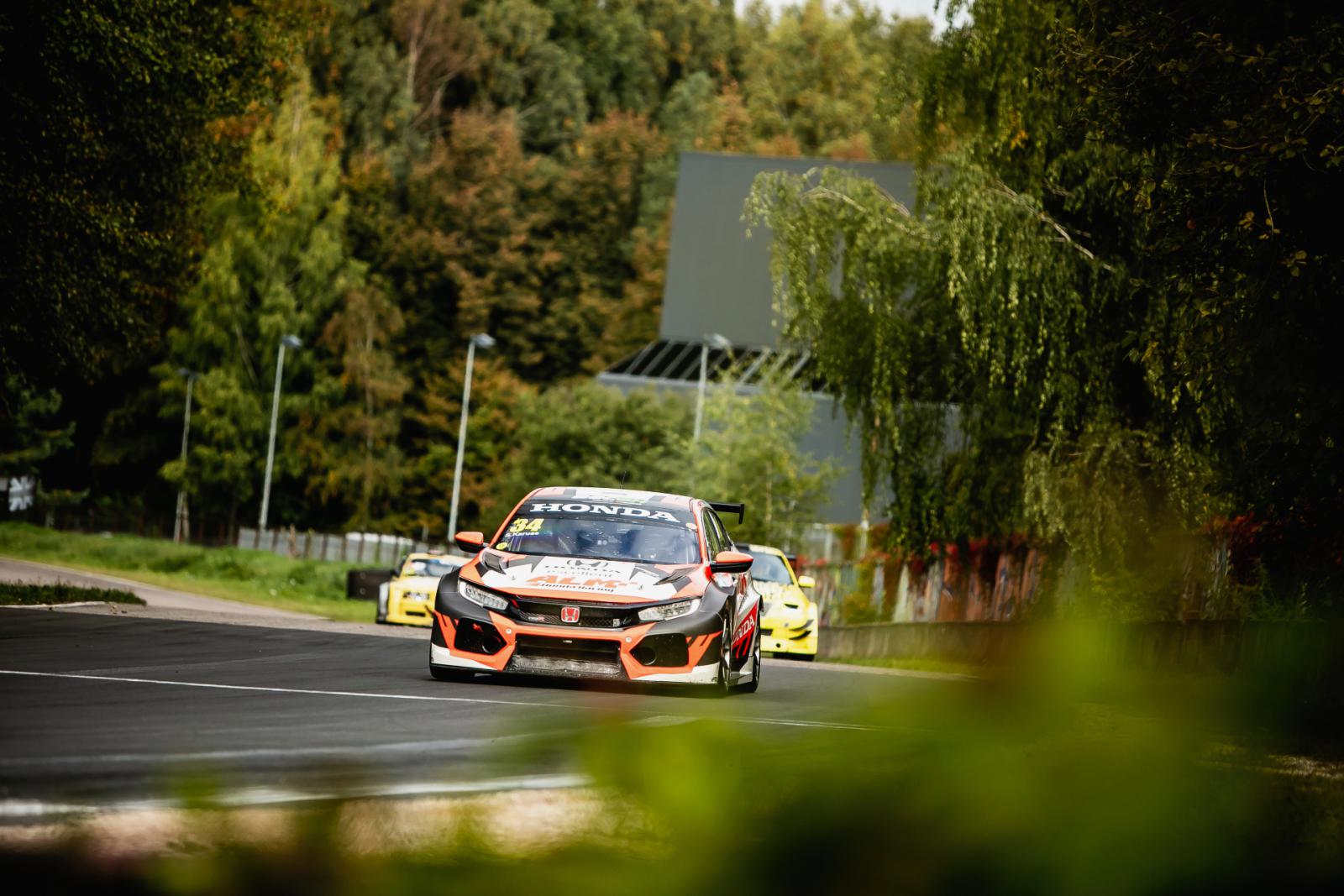