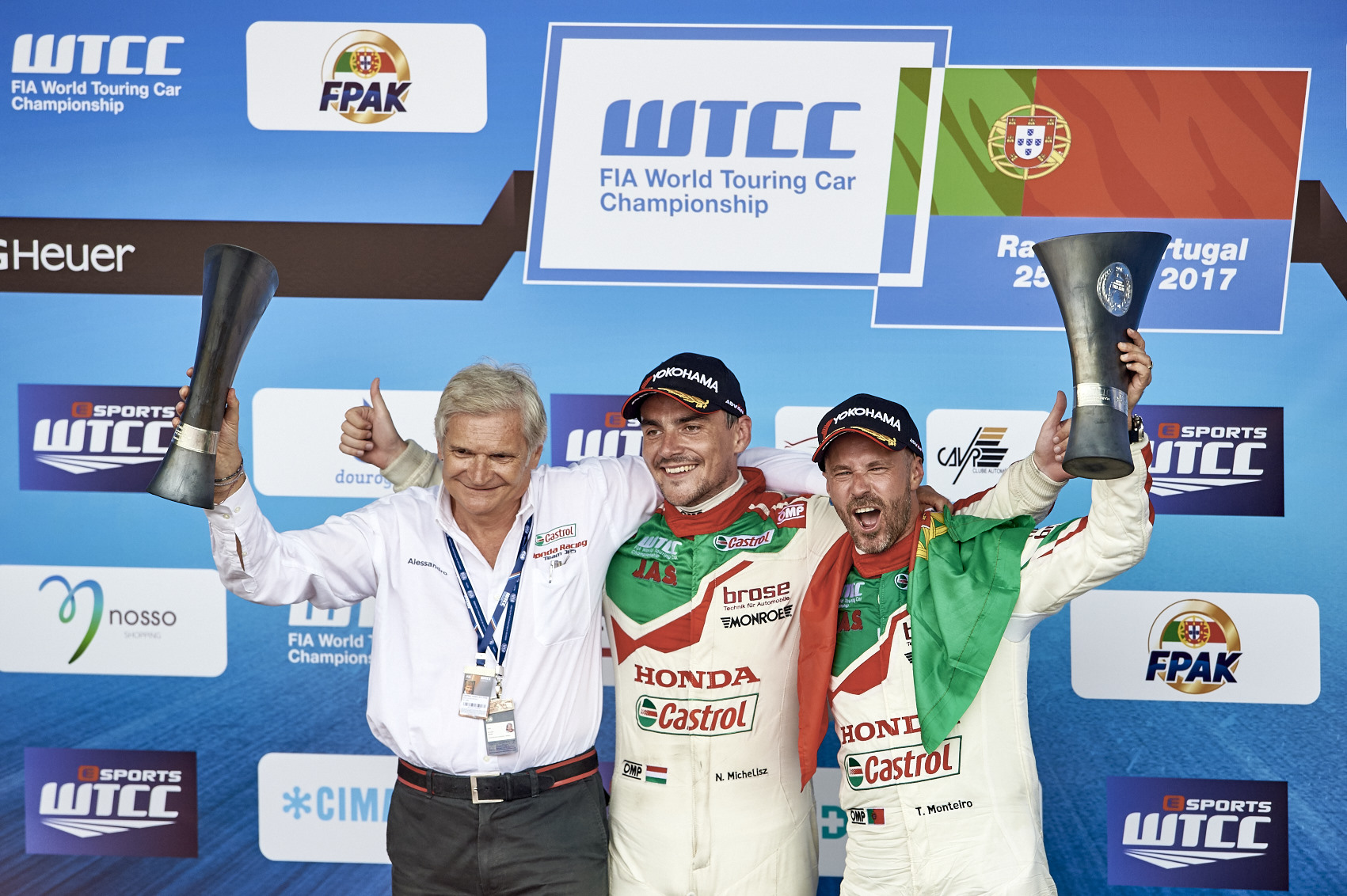 Victory and championship lead for Honda

Norbert Michelisz took his first FIA World Touring Car Championship victory of 2017 on the streets of Vila Real, while a double-podium for Tiago Monteiro moved the local hero to the top of the points table.

From pole position, Norbert moved his JAS Motorsport-run Honda Civic WTCC straight into the lead of the Main Race and completed a lights-to-flag victory to claim the sixth win of his career.

He had earlier finished seventh in the Opening Race from 10th on the grid; the Hungarian using perfect tactics to make a very late pass through the all-new ‘joker lap’ section of track. The points gained during the weekend moved him up three places to fourth in the championship.

Tiago made a superb getaway from seventh in the Opening Race to climb to fourth within the first few corners. A well-timed run through the joker lap allowed him to gain two more spots and take second place.

He made up another position as the lights went out at the start of the Main Race and finished third to chalk up his sixth podium finish of the year and take a four-point lead in the Drivers’ Championship.

Opening Race polesitter Ryo Michigami led a WTCC race for the first time after making an excellent getaway, but a throttle sensor issue exiting Turn 6 on the first lap cost him the lead and affected his pace thereafter.

After a puncture-induced retirement, the Japanese driver started the Main Race from the pitlane as the team fixed his car and recovered to 13th place by the chequered flag.

Zengo Motorsport took a best result of 11th during the weekend; Frenchman Aurelien Panis securing that result in Race One.

Rikli Motorsport’s Christjohannes Schreiber continued his challenge for the title. He finished ninth in Race Two while team-mate Peter Rikli was ninth and eighth.

Norbert Michelisz, Castrol Honda World Touring Car Team, said: “I’m delighted because I knew after taking pole position yesterday that we had the pace in the Honda to win, and because I needed a result like this to really re-fire my title campaign. My Opening Race start wasn’t good, but we made a good strategy with the joker lap and that meant I could climb from 10th to seventh by the end. My Main Race start was much better thankfully and I was able to control my pace and never really felt under threat.”

Alessandro Mariani, JAS Motorsport CEO, said: “I am very happy because this weekend has gone very well. We’ve proved we have a very fast car on this kind of circuit and both Norbi and Tiago have scored big points. I’m delighted to see Norbi win because he has not been feeling well for most of the week, so he’s dug very deep for this one. And for Tiago, two podiums are excellent and mean he’s in a very strong position in the points with half the season gone. I’m just so sorry for Ryo because it seems that whenever we have bad luck, it’s always him affected. It’s an excellent day for us in championship and will give the whole team a big morale boost after we had a very tough weekend in Germany at the last round.” 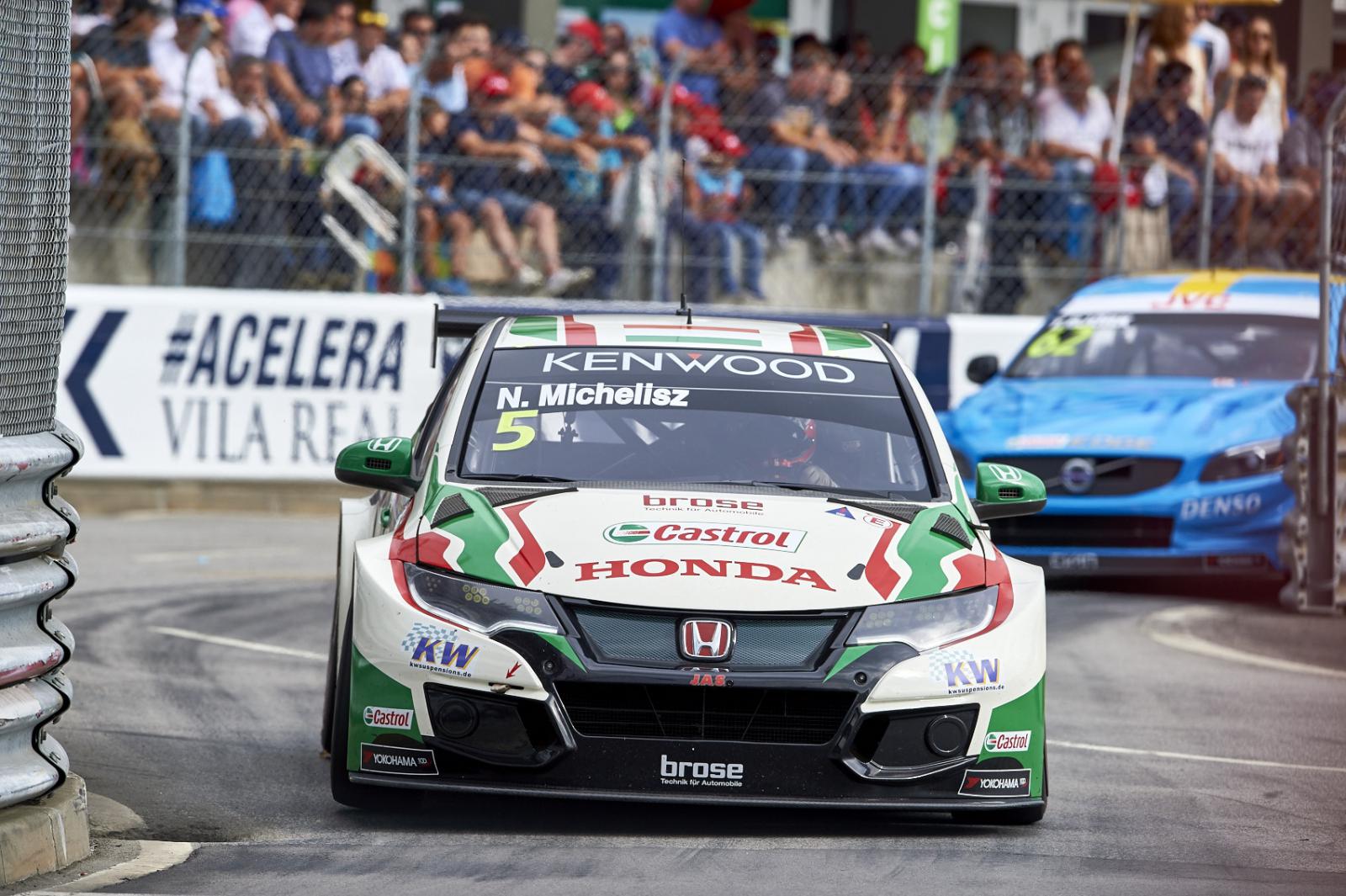