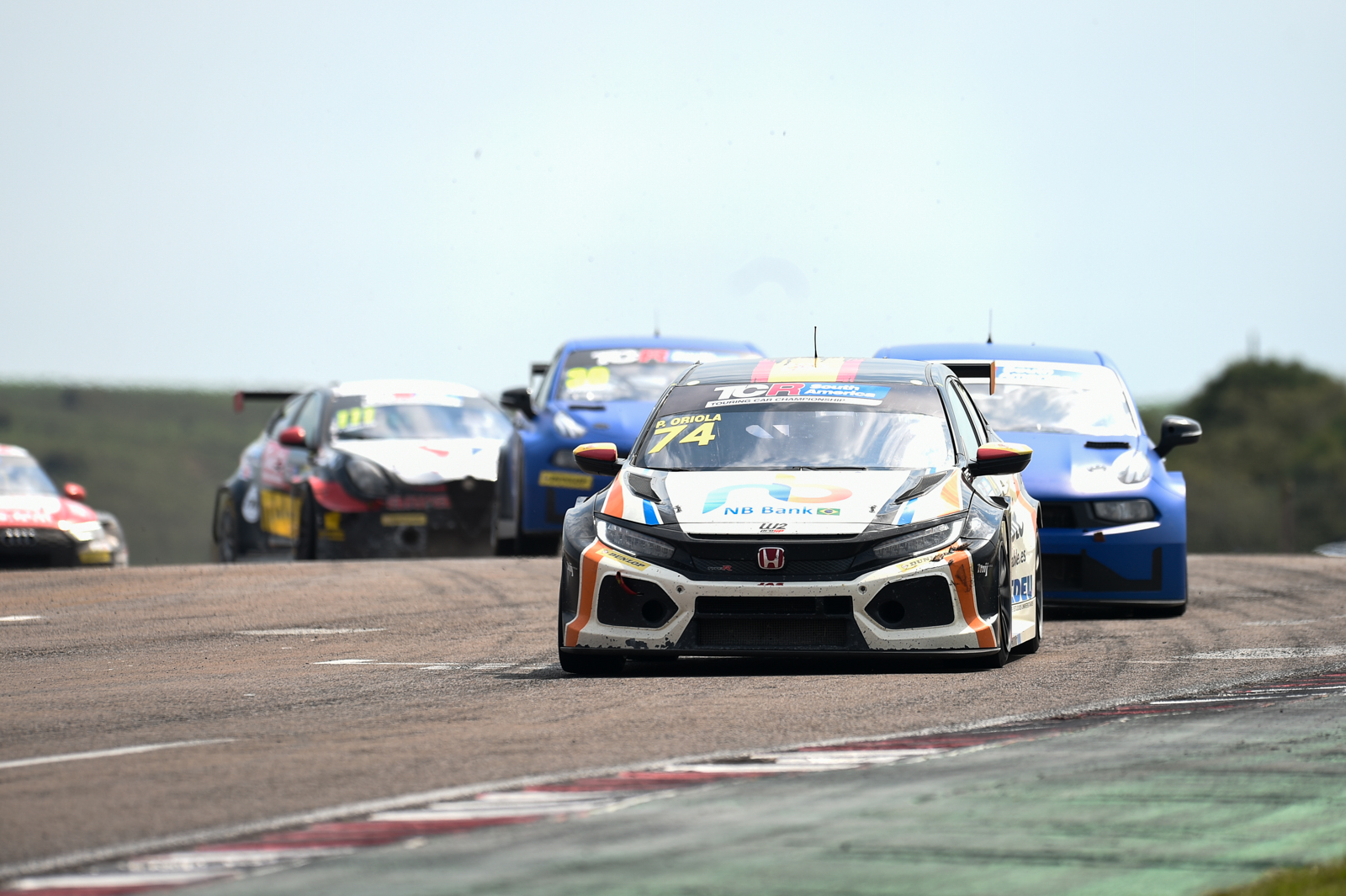 Victory in Uruguay for Oriola and Civic Type R TCR

A hard-earned victory for Pepe Oriola in Uruguay was the highlight of a weekend that delivered a handful of podium finishes for Honda Civic Type R TCR drivers across the world.

Oriola, already leading the standings after two wins from the opening three races, was instantly on the pace as the series visited the Rivera circuit for the first time.

The Spaniard qualified his W2 Racing-run Civic second for the opening race and finished there. But it was his drive to victory in the JAS Motorsport-built car in Race Two that was the more memorable.

Charging from seventh on the partially-reversed grid to third by the end of the opening lap, two more decisive moves promoted him into a lead he would not relinquish - and an increased advantage at the head of the Drivers’ points table - by the third lap.

Team-mate Raphael Reis survived being half-spun by a rival at the first corner of Race One to finish fourth - a result that kept W2 on top of the Teams’ standings - and was classified ninth in Race Two.

Squadra Martino had two new drivers for Rivera with locals Cyro Fontes and Gustavo Reilly both showing well - the former being on course for a podium in Race One before his car stopped on-track and Reilly running well until a puncture caused him to hit the wall.

Neither driver started Race Two. Nor did Ayrton Chorne, who moved into an older FK2 Civic for the event and finished Race One in seventh place.

Dominik Fugel kept up his push for the title with a third-place finish in Race Two at Lausitz; a super first lap bringing him up from fifth at Turn 1 after his nose had been badly chopped. He was eighth in Race One.

Karting graduate Christopher Rohner was impressive on his car-racing debut as he finished seventh and 10th. His result in Race One was also second of the Junior Trophy contenders. Albert Legutko was fourth in the Juniors twice in his older self-run FK2 Civic.

On a weekend when the series’ Balance of Performance was weighted firmly against the Civic Type R TCR, Atlanta Speedwerks title-contender Ryan Eversley suffered a challenging time.

An issue in practice left he and co-driver Scott Smithson short on track time for qualifying; in which the latter put the Civic 10th on the grid. They finished ninth after a series of technical issues and a drive-through penalty.

After topping Friday practice, the sister car of Brian Henderson and Robert Noaker was never a factor in the race and was not running at the finish.

Karl Wittmer had been the fastest Honda driver in qualifying to put the VGMC Racing Civic fourth on the grid. The car shared with Victor Gonzalez Jr ran third early on before an incident forced it towards the back. It retired just after half distance.

Everlsey remains fourth in the TCR Drivers’ Championship with Atlanta Speedwerks in the same position in the Teams’ rankings and Honda second in the Manufacturers’ points. 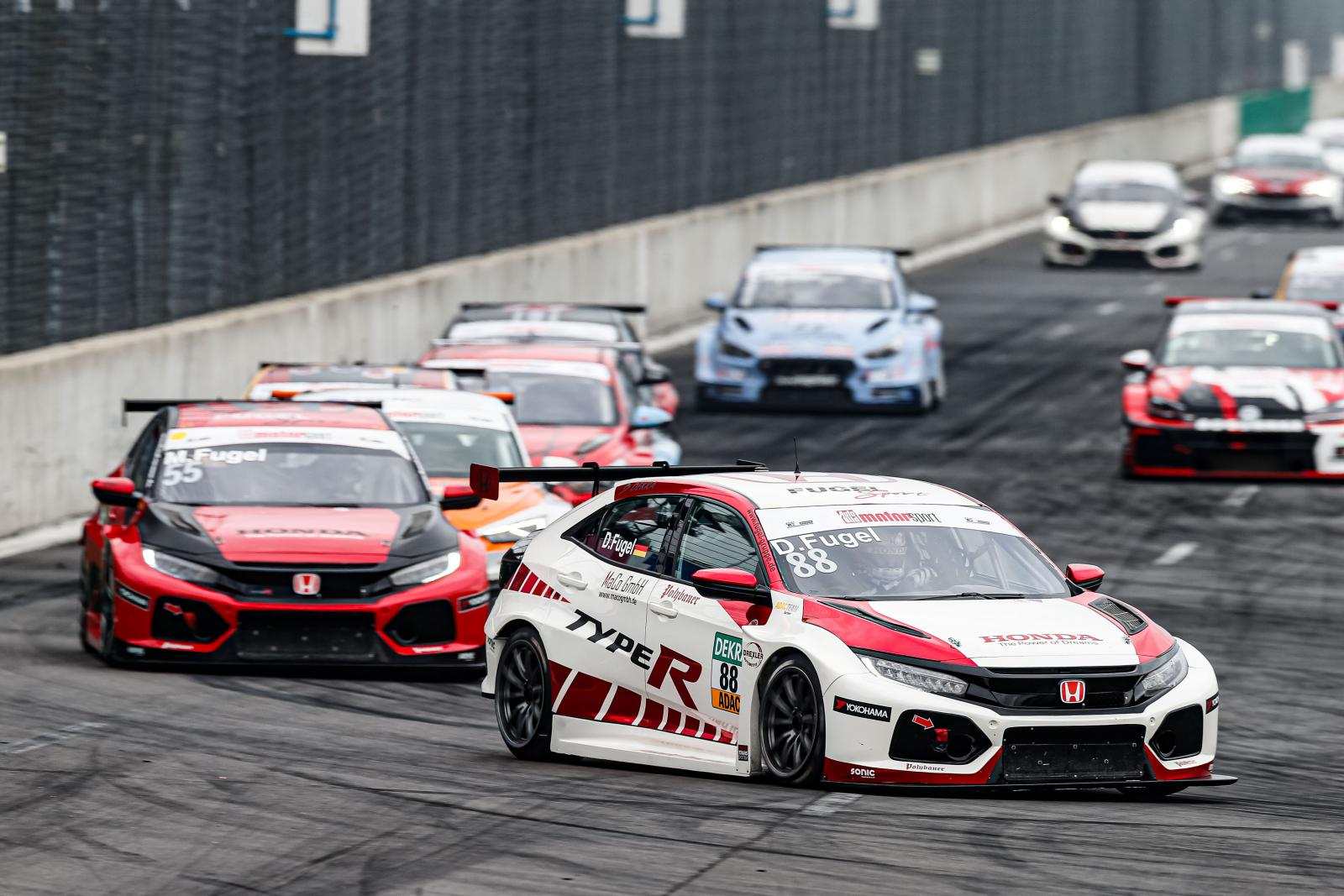