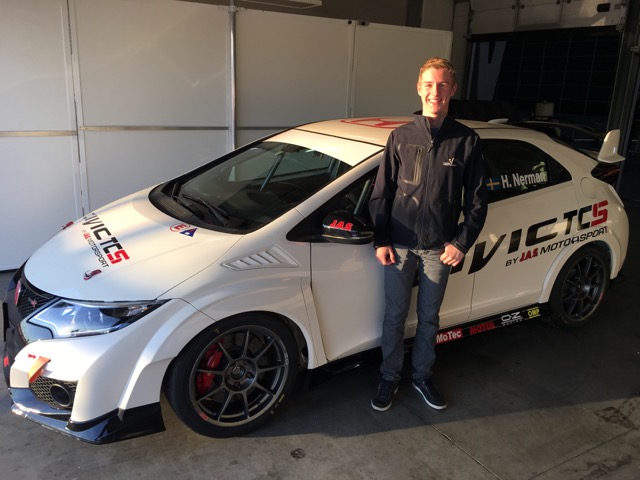 One weekend after Ward WestCoast Racing Junior Team saw the debut of its three junior drivers in the Formula STCC Nordic championship one of the junior drivers has been given an unique opportunity for this weekend.

17-year old Hugo Nerman drove his very first car race, racing a Formula Renault 1,6 in the Formula STCC Nordic championship opening round at Skövde last weekend as one of the teams three drivers. He is now facing his first race weekend in a touring car. Team manager Dick Jönsson Wigroth never told any of the drivers about the opportunity until after the weekend when he also revealed who was getting the chance. ”I didn’t want any of them to be thinking about this as they all entered their first car race debut on a tricky track in a single seater. All three of them did a very good job, and we decided to give this chance to the driver who we felt did the best job considering the conditions. Actual results was not necessarily an important factor. In the end we picked Hugo, who did have the best result out of the three, but more importantly never put a foot wrong during the whole weekend. We wish Hugo the very best of luck this weekend and are confident JAS Motorsport will look after him and give him a fantastic experience.”