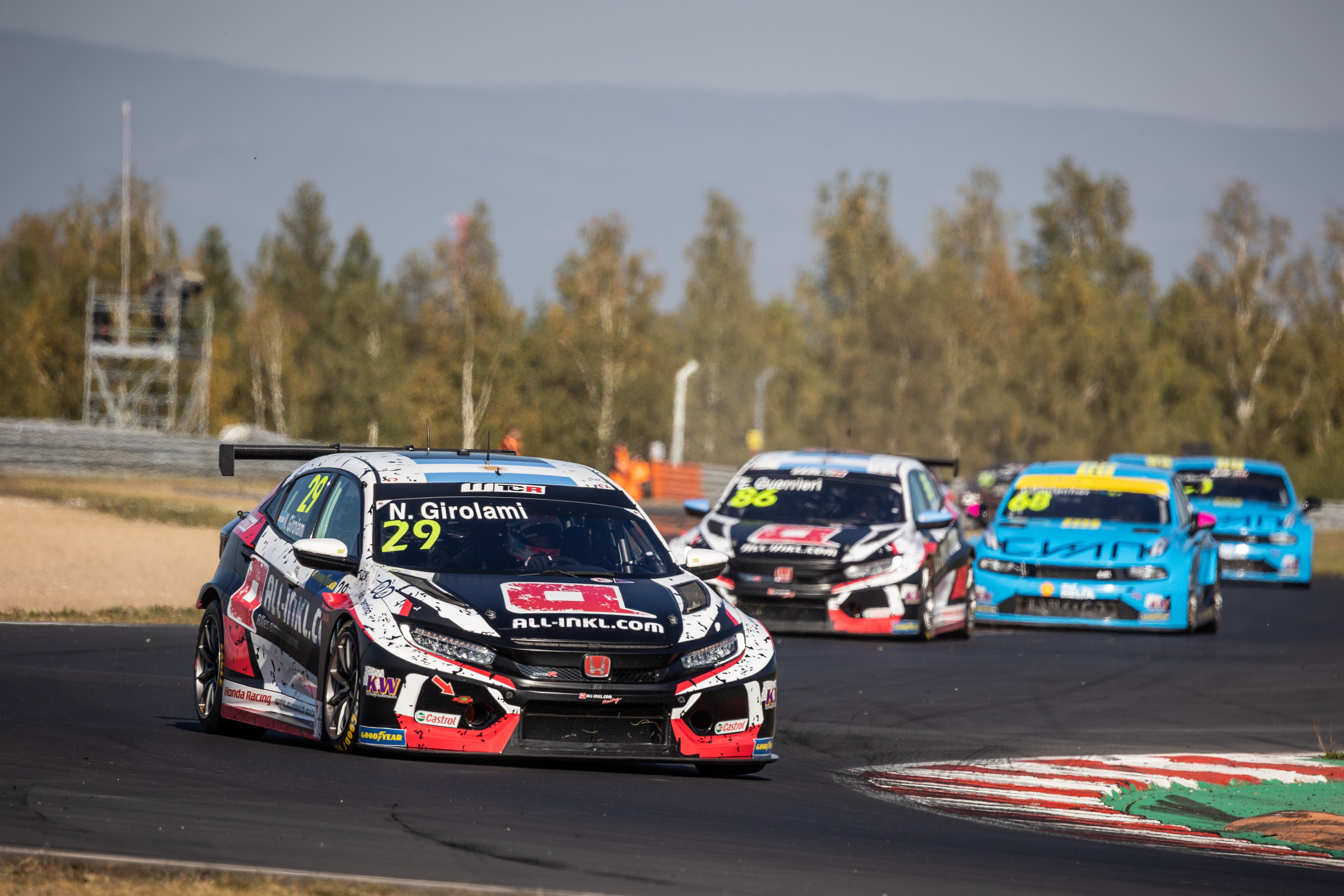 A magnificent one-two finish in the WTCR - FIA World Touring Car Cup and a third championship crown of the season in TCR Europe made for another strong weekend for Honda Civic Type R TCR customer teams worldwide.

FIA WTCR
ALL-INKL.COM Munnich Motorsport pair Nestor Girolami and Esteban Guerrieri dominated the opening race at Most in the Czech Republic as the series resumed after a two-month break.

Girolami made a strong start in his JAS-built car, while Guerrieri placed his Civic perfectly to avoid a multi-driver first-corner melee that cleared his route to the runner-up spot.

He added third place in Race Two to move up to second in the points, while this time it was Girolami who was caught up in an early incident that brought out a red flag and then another on the restart. The pair put their outfit second in the Teams’ points.

ALL-INKL.de Munnich Motorsport’s Tiago Monteiro finished 12th in Race Two while team-mate Attila Tassi retired from both races; firstly due to a cut tyre caused by on-track debris, and later after first-corner contact that damaged his engine’s intercooler.

After being beaten to the class win in Race One by Brutal Fish Racing Team rival Martin Ryba, Davidovski was assured of the title when both contenders retired from Race Two.

It is the third major title won by a Honda Civic Type R TCR in 2021 and the 41st in total.

Team-mate Franco Girolami began the weekend as one of two drivers capable of winning the overall title, but a technical issue prevented the Argentinian from setting a time in qualifying, meaning he started both races last.

Fifth in Race Two was his best result, which confirmed his runner-up spot in the end-of-season standings.

While Ryba - who had qualified a career-best fourth finished seventh overall in Race 1 to claim the Diamond class win, his Brutal Fish Racing team-mates also starred. Isidro Callejas - already confirmed as Rookie Trophy winner - was victorious in the class in both races and finished second overall in the season finale, only to be excluded for an underweight car.

Junior Trophy title contender Jack Young was on course for second place overall in Race Two when the JAS Motorsport Development Driver had to serve a late drive-through penalty for exceeding track limits. He was eighth in Race One and took third in the Junior points.
Lihpao Super Touring Car Challenge

Drivers Kevin Chen and Weizhi Liu each one their solo 20-minute qualifying races to put themselves on pole for the hour-long main event.

Liu led from the off and handed over driving duties to Chen at the 25-minute mark. Chen made no mistakes and came home 88 seconds clear of the duo’s nearest rivals.

Co-driver Ryan Eversley - partnering Henderson in the team’s lone entry - emerged in second, but lost his chance of victory when he went off the track at Oak Tree corner and became stuck in the tyres. He got going in ninth but climbed to seventh by the finish.

Victor Gonzalez Jr - another factor in the battle for the lead - went off at the same place during the first half of the race, but it was a technical issue that put he and Karl Wittmer’s VGMC Racing entry out later on.

TCR Italy
ALM Honda Racing’s Ruben Volt finished the season with a sixth-place result at Mugello, making up for a left-front puncture that had put him out of the opener while the 16-year-old Estonian lay fourth.

JAS Development Driver Mattias Vahtel was sadly ruled out of the rest of the weekend after crashing heavily in qualifying. While the Estonian was mercifully unhurt, his car was not able to be repaired at the track.

He and Volt finished ninth and sixth in the Drivers’ Championship with ALM fifth in the Teams’ points.

MM Motorsport’s Marco Iannotta looked set for a top-10 finish in Race 1 when he was spun out with two laps to go by the same rival that had earlier caused him to rotate at the first corner, San Donato. He was eighth in Race Two. 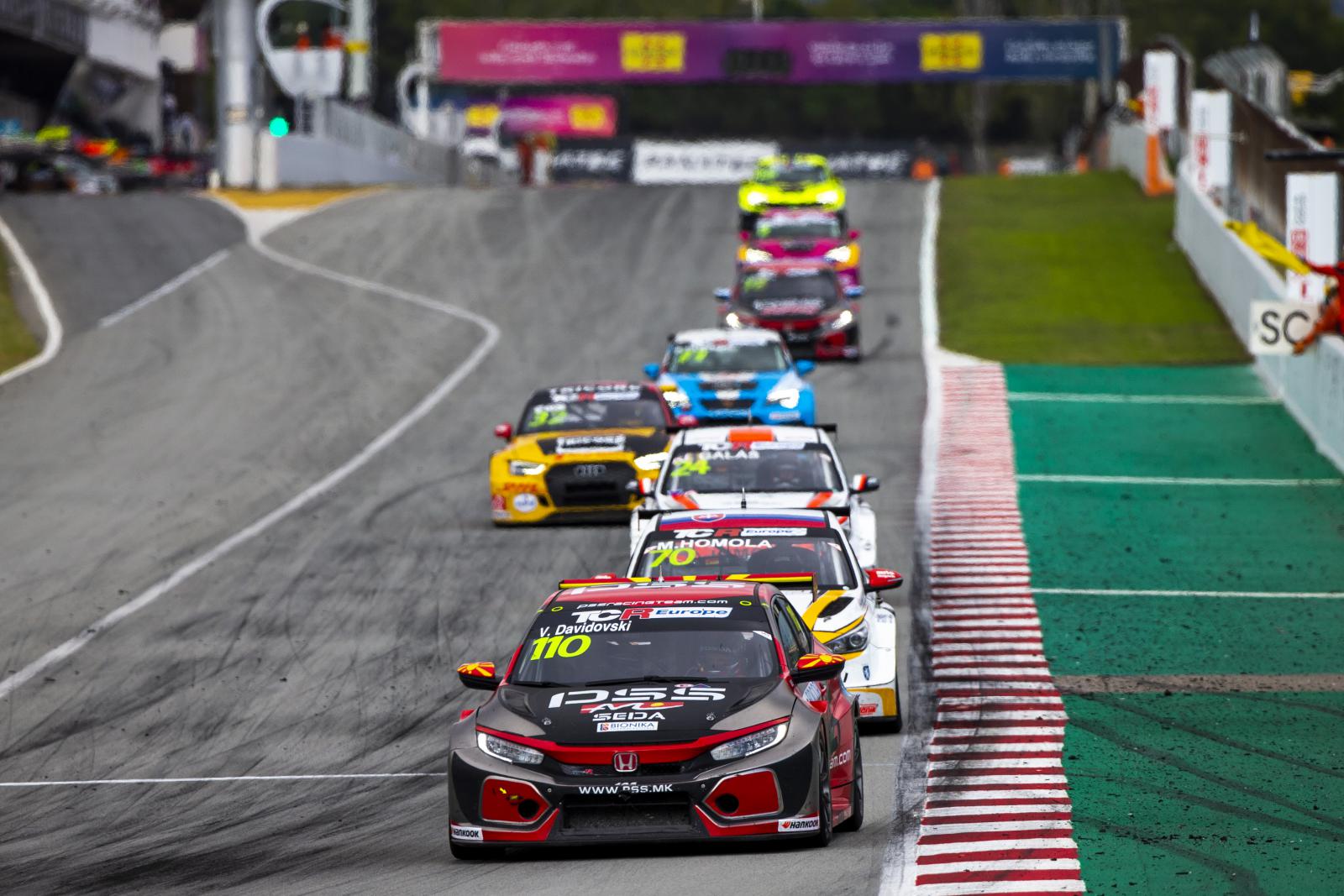